It’s officially summertime and the weather at Summit Point was a constant reminder. It was H-O-T all weekend.

Saturday’s qualifying was cut very short by a Spec E46 who dropped a wheel around T8ish, spun and stuffed it nose-first into the tires on driver’s right. The car looked mostly fixable but the track was put under full-course red and every tow truck, ambulance and fire truck was sent out. That’s what they called for when I crashed my car back in late 2015 so I guess this looked about as bad initially. The driver was fine but the impact had moved some tire bundles, so EV had to get that cleaned up and his car towed in. T&S used the single green lap that everyone got to determine race order.

Joey caught me on the one green lap: 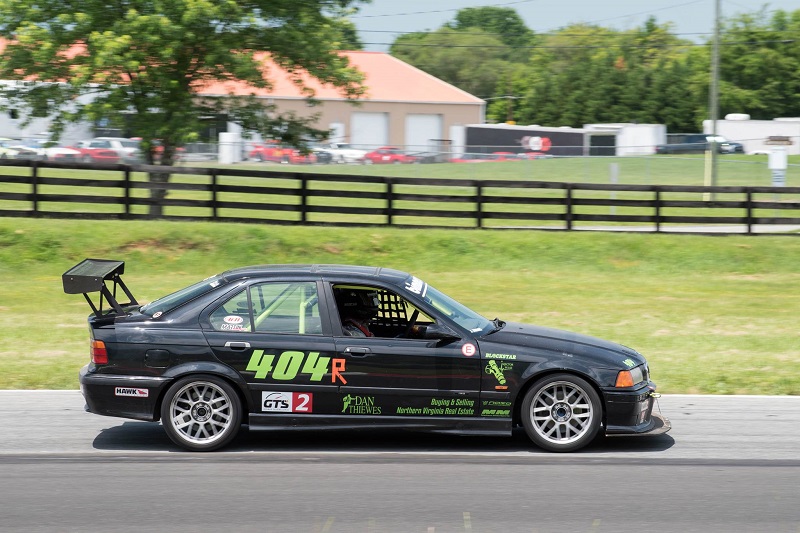 Saturday’s race was fun. I had qualified sixth and ended up finishing fifth – later updated to fourth after Chris got DQ’d for blowing the dyno by one whole horsepower. Bummer for him but more points for me 😉

Sunday saw a full qual session, and I went a bit faster than the day prior (personal best of a 1:25.9 I believe) but still wasn’t good enough for more than 6th place in the starting lineup.

The Sunday race was 40 minutes long and incredibly demanding on both the cars and drivers. Sunday’s high was around 93* and that meant a slow, slick track and tires that couldn’t give their all either. The benefit (or downside?) of such a long race versus the 25 minutes on Saturday is that even when you think you’ve secured a position, you haven’t. There is plenty of time for the order to get shifted, and shifted, and shifted again. And maybe one more time.

I was up to fourth at one point but was focused on staying clean given this race was the last of my “Rookie” status (8 races in total) and I didn’t end last month’s VIR adventures in a positive way. Given the lack of grip, “staying clean” meant staying somewhat slow and not pushing to get ahead. I gave up position to Mark and John but stuck to their tails in the final laps.

We finally took the white flag and I was ON Mark’s tail for the second half of the lap. Somewhere in that second half, Eric Wong came up on the three of us having a battle. He was not with anyone in his class so he hung back and let us go. We got through T10 onto the straightaway and I noticed him square behind me in the mirror as I closed in on Mark. Then… *thump* and suddenly that gap has closed a bit more. I slammed it into 5th and got alongside Mark, but the entire maneuver required another 200′ or so to really get my nose ahead of his for the finish. So, I took 6th (of 9) but it was such a fun photo finish to end a great battle.

Jack Cobetto got a great shot from some time on Sunday: 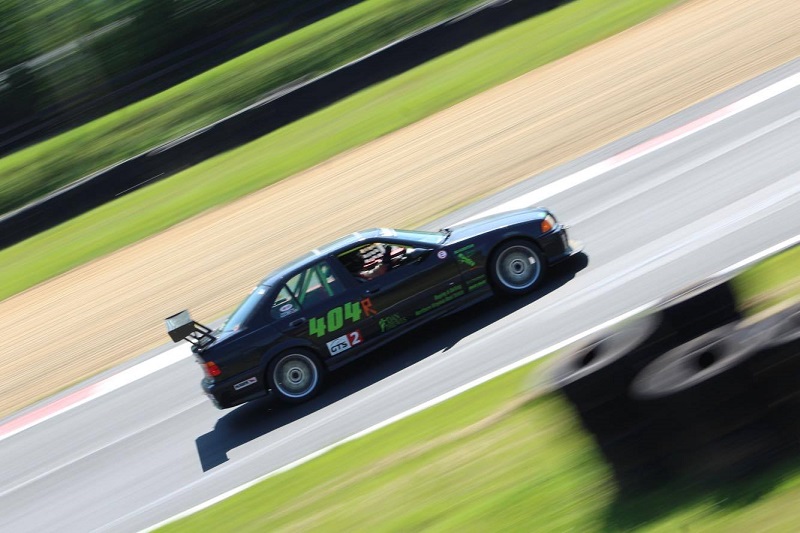 And here’s Sunday’s race. The start is fun to watch and the last 3 minutes or so are pretty good.

Next Up…
VIR is next in mid-August as our July event at Dominion was cancelled. I need to address a leaky power steering rack, build a Cool Shirt cooler, and give ‘er an oil change. I’m also in cahoots with Tom to perhaps give the car some visual updates, if the money shakes out.