After the last two autocross events in the spring it was clear I needed to order tires. I managed to track down one of the last sets of RE71R’s before the giant backorder issue made them unavailable through the end of this summer. My friend and autocross instructor, Mike mounted and balanced them for me. After a quick alignment we were ready for event #3 at Bader Field.

Mike co-drove this event with me, which means we shared the car for the day. My seats are not adjustable, so we had to do a bit of interior decorating to the E36 in the form of a memory foam pillow in order for Mike to reach the pedals.  Having two drivers and one car makes for a hectic day, but it is always a learning experience for both people involved. Mike has been doing autocross for about 10 years and is one of our region’s instructors. He has a habit of going faster than people in their own cars. Me and my little E36 have eluded that shame so far, but today I fully intended to help Mike keep that streak alive. 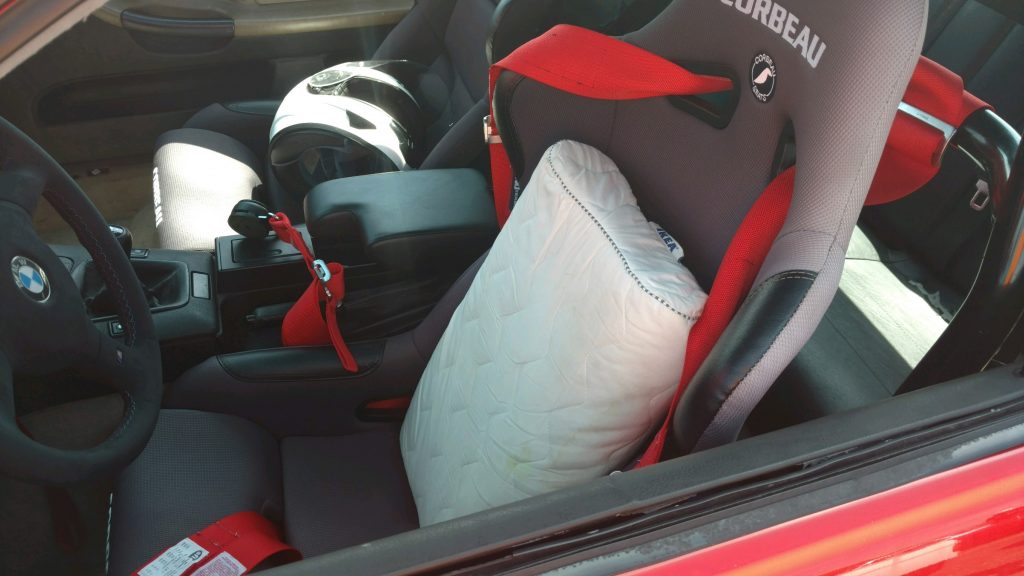 Our first runs are always slower, as we need to learn the course at-speed. For Bader Field, today’s course was very tight and technical. Bader usually allows for wide open 3rd gear courses, but we were forced to share it with a paintball tournament this time. I started the day off with a 56.1. Mike quickly followed suit with a 56.2. With just a tenth of a second between both of our runs, the day was looking to be very close.  Factor in two more competitors also within 1 second of our times, and we were all ready for some competition as steamy as the weather.

We all shaved off another second in the following run, and that is where we began to plateau. The weather was heating up which gave me and Mike the advantage over our turbocharged competitors who are both in WRXs. I hovered in the 55’s for a few runs as Mike struggled once again to learn my car, staying in the 56’s. We studied each other’s runs from the passenger seat in order to learn as much as we could from one another. My car has been set up over time to cater to my driving style, so Mike had to try even harder to mimic some of my actions in order for the car to respond to him. With each run Mike learned more about the car and the course. Unfortunately for him though, I found some more time hidden deep within the runways of Bader. My last two runs were both 54.1 seconds. This put me well in the STX lead, and #1 in PAX for the morning.

Given more than 5 runs I have no doubt Mike would have caught me. But one of the exciting things about parking lot racing… I mean autocross, is that you don’t have all day to put down a fast time. You are constantly trying to improve and are always searching for that extra tenth of a second.  Add in a truly fantastic group of friends/competitors, and there is no better way to spend a Sunday. 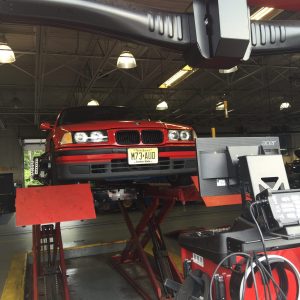 South Jersey’s Autocross program is truly a family of enthusiasts who all just want to have a good time. In the 3 years that I’ve been participating here, I have made numerous life-long friends, which leads me to the subject of Pride month in the Philly/South Jersey region.  I chose to come to this event over the Pride Celebration in Philly. Although that could have numerous meanings, the one I want to focus on is how welcomed and accepted I feel there. Pride is an event where those in the LGBT community come together to celebrate our successes, and fight for battles we’ve not yet won. Others simply want be accepted for who they are. The fact that I chose autocross over Pride does not mean I don’t feel just as strongly about those issues as everybody else. It is instead a testament to my local motorsports community. It means they create an environment where I do feel accepted. It is a place where I can bring my boyfriend and enjoy my motorsports passion with him. It is a place where I can forget about all of those important issues and many more just by putting on my helmet and concentrating on driving fast.

The motorsports community can be intimidating for LGBT car enthusiasts. My goal as an active member is to lessen that intimidation and make sure absolutely anybody can show up to an event and not have to worry about feeling judged for anything more than the times they put down on-course. So although I didn’t attend, Id like to think that’s because we have made so much of that change we set out to accomplish. 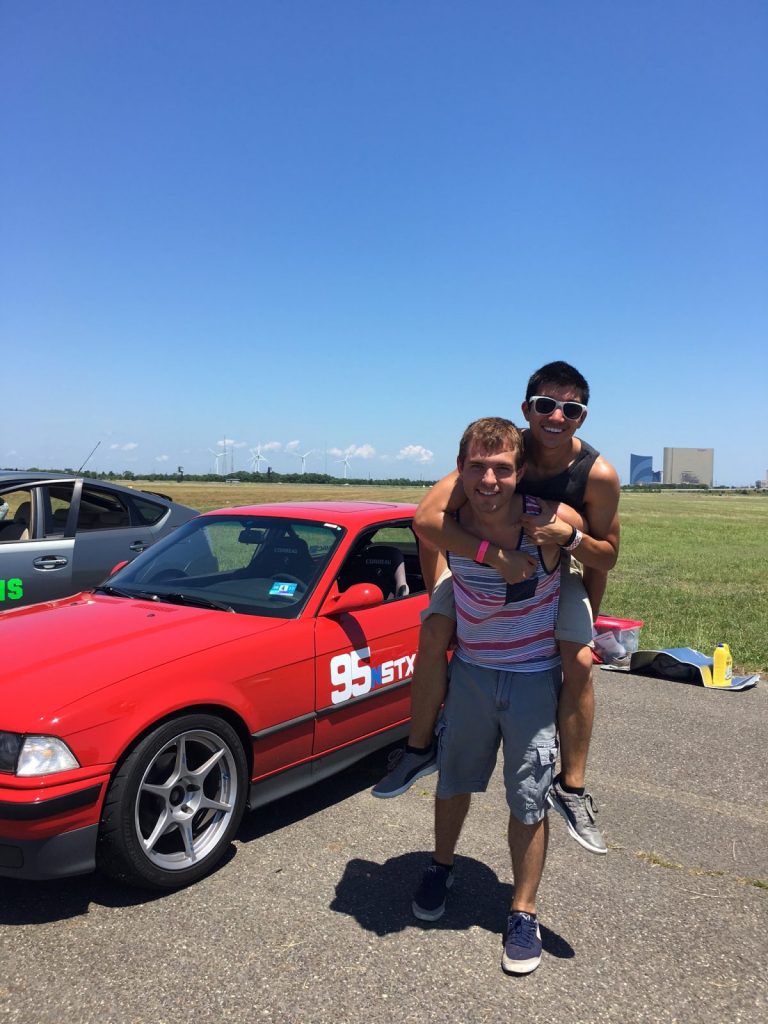