Hyperfest is one of my favorite events of the year, and this year was no different. I was excited to be back at VIR with full aero and the upgraded differential, plus I had my parents, some family friends, and friends from DC all coming to watch the racing on Saturday.

Friday
Ran a few Test & Tune sessions to feel out the wing. What an incredible difference! The car was much more stable everywhere, but notably in the uphill esses and under heavy braking. I was on street tires and not pushing at all, just learning. Ran over to the dyno and discovered my VANOS repair had restored the crappy power curve that has plagued the car since I bought it. I was down about 7 hp compared to the pre-fix dyno, but that could have been weather-related due to how hot and humid it was.

Three friends from DC came down (Jeff, Alvin and Mark) as well as my parents and some family friends. Super fun to have everyone there for such a big event!

Saturday
Time to push! Our Qualifying was incredibly crowded, and unfortunately saw DJ experience a series of unfortunate events that led to a black flag. After seeing his thumbs-up as I passed the incident at Oak Tree, I collected myself on grid and prepared for the restart. We had more open track and I set a new personal best of 2:12.8, which set me up well for the race.

I started 7th out of 10 for the race and the pressure was on. Push push push. Lawrence pulled off after a few laps and I had Mark in my sights. After a few laps of chasing him down, I caught him in T1 and held him off for the rest of the race, finishing 5th. It was a great, fast, clean race and I was very pleased with my driving. The aero and settled car gave me a lot of confidence. 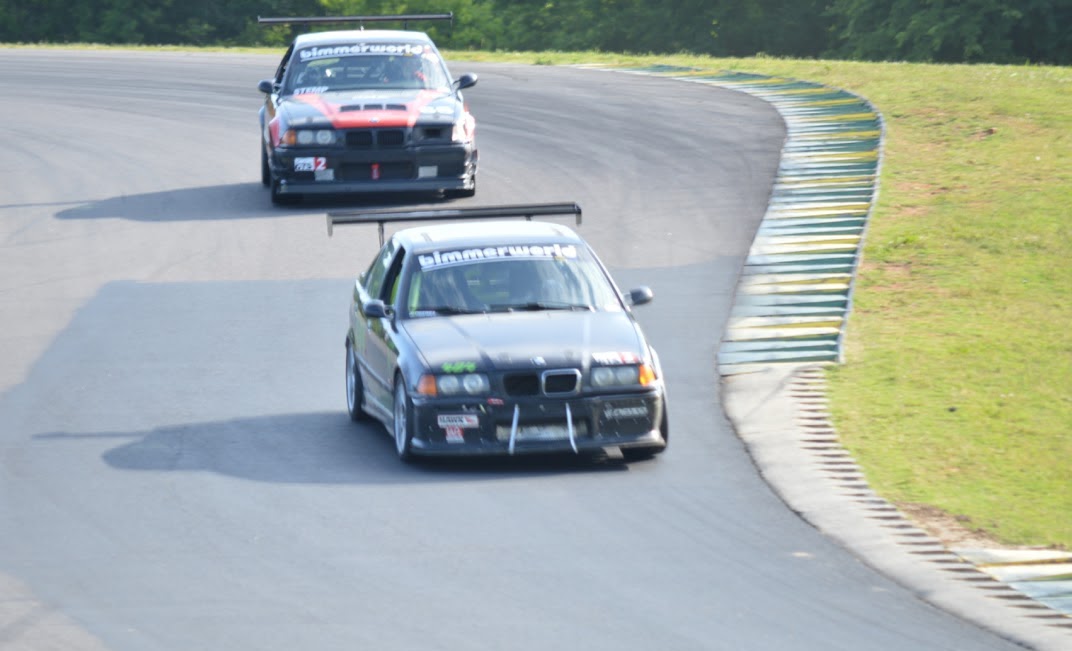 Sunday
More pushing during Sunday’s qualifying and I shaved another full second off of my personal best, running a 2:11.8! That initially had me starting 5th, then I was moved to 3rd as our two front-runners came in a bit hot on the dyno.

The race started very well, I got the jump on Chris and was holding in 2nd place for a few turns. We had a late braking challenge at the end of the back straight and I let him by there.

Positions kind of settled down and I had a nice lead on Mark, so the focus was on keeping that gap as wide as possible. I saw the cars lining up on grid and knew we’d get the white flag in a few laps, so “just keep doing this.” Unfortunately, I had a serious lapse of judgement. I had passed a few Spec E30s in random places, and came up on a train of about six SE30s on the front straight. The excitement/red mist of “keep ahead” made me think that trying to get past them into the braking zone of T1 was just a fantastic idea, and it wasn’t.

I got past a few of them, braked way, way too late, and an out-of-region SE30 turned in and collected my front left corner with his right rear wheel. Boom, he spun and I was out of the race. 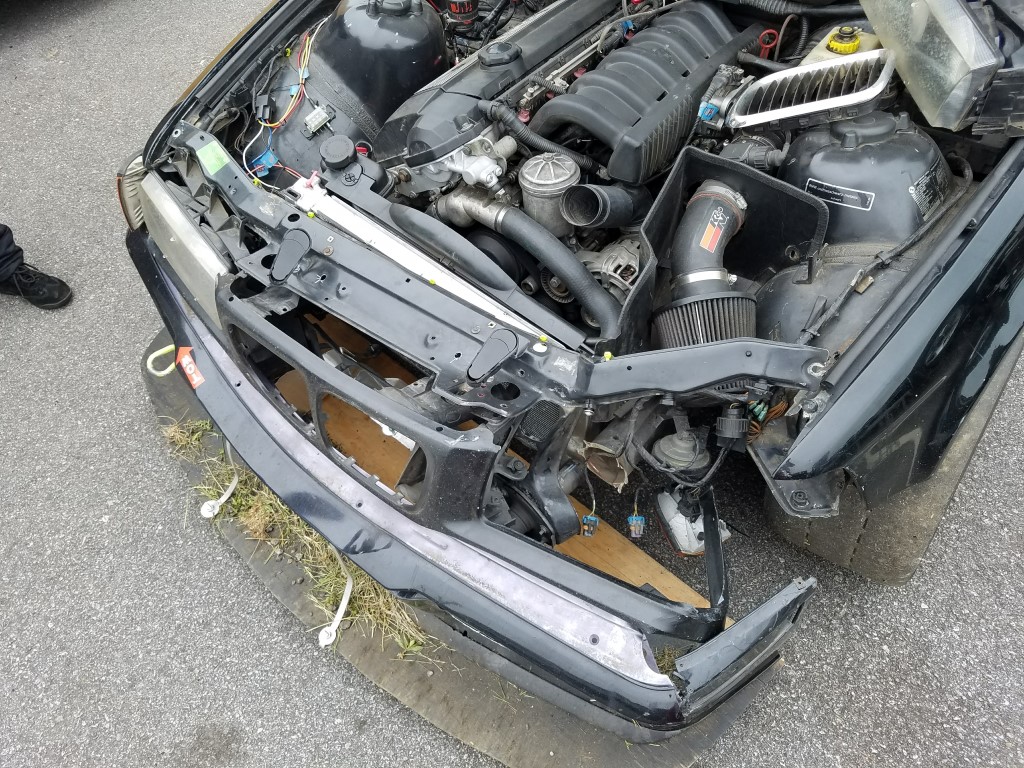 Looking at the videos, it’s pretty clear that the fault is all mine. I made the very conscious choice to push at T1 instead of hanging back until I had a more clear run elsewhere, and paid the price. Thankfully, both drivers are fine and both cars will be fine with relatively little work. I think my car took the brunt of it. Expensive lesson learned, and a giant reminder to take appropriate risks, which this one wasn’t.

Given how great Saturday was (and Sunday could have been), I’m already eager to be at Summit Point in a few weeks to get back to clean racing. I reached out to the SE30 driver privately over email and apologized for what transpired, and his reply was as nice as I could expect given I drove into his racecar at many miles per hour.

It was so much fun seeing so many Madison Motorsports students and alumni new and old at the event – we tried to get a photo of as many as we could during the drift show: 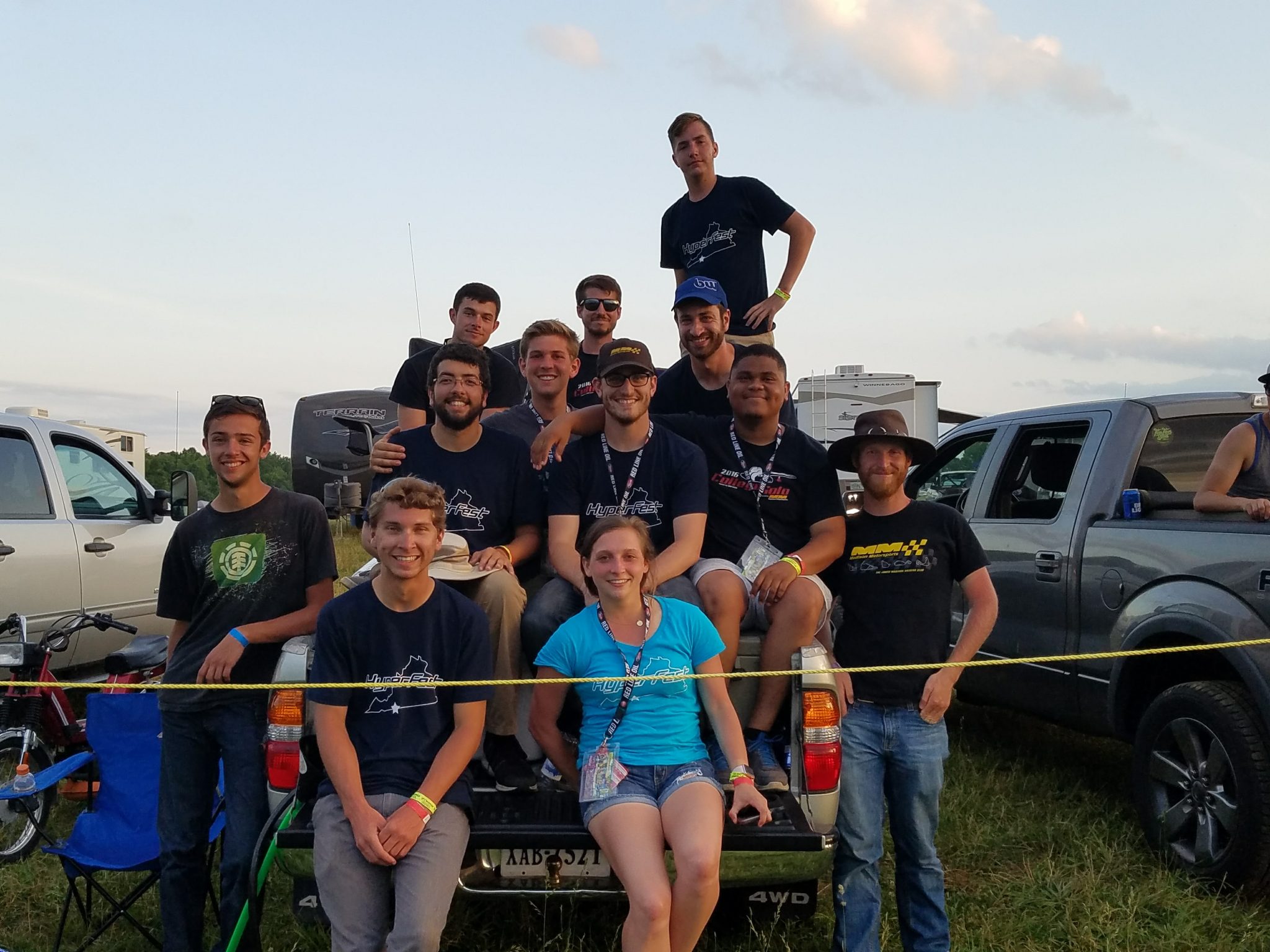 And of course, always fun at Rob and Kristin’s trailer once the day goes cold: 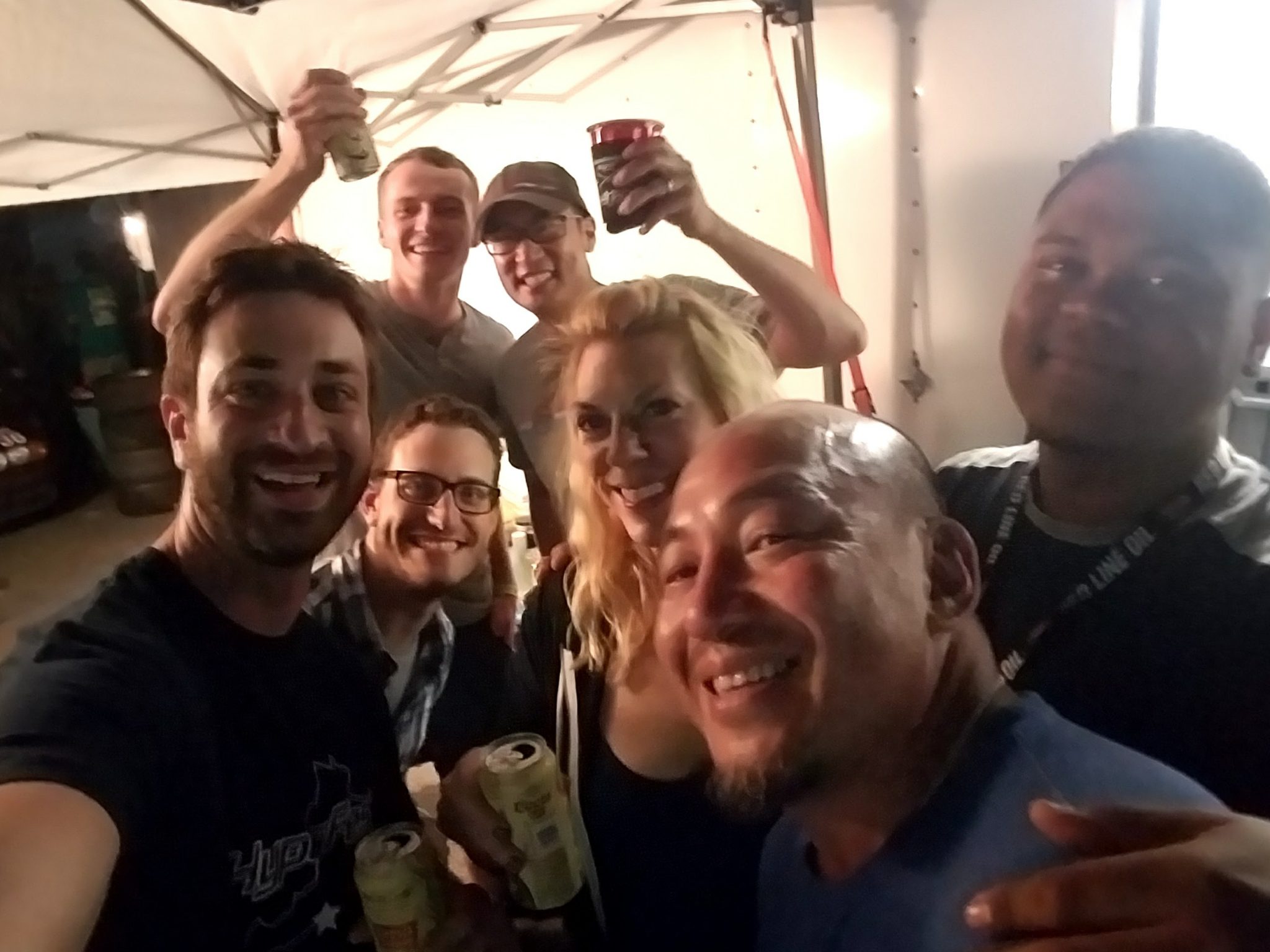