Second race weekend of the year and my second provisional weekend! I kicked it off on Friday afternoon with a little jaunt down I-95 (only two hours to go 50 miles, wow!), unpacked and headed to the Holiday Inn where Jeff was giving the Instructor Clinic. I passed and now have my red hat, and can hop in the right seat to yell at all you students who come out and do Hyperdrives/HPDE 1.

We learned the microphone didn’t work past the edge of the main building, so I got to paddock inside the garage all weekend: 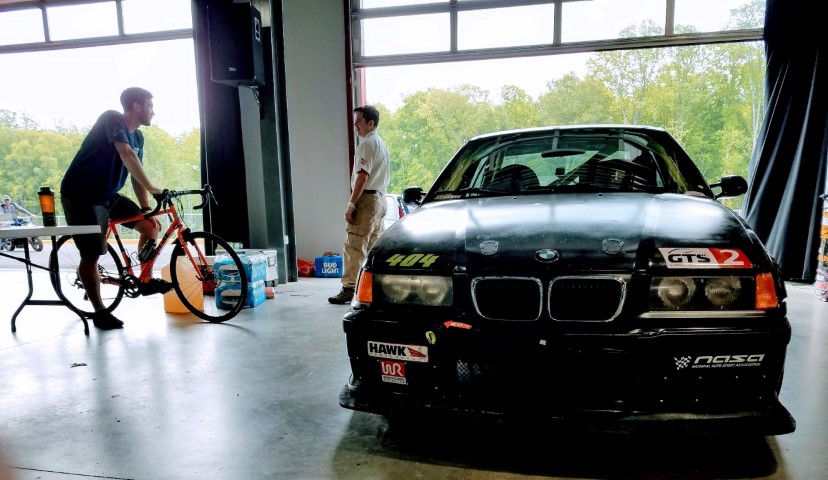 Saturday
This was the first event with my new diff. Zack was there and we chatted after I got through Practice and Qualifying. I felt like the car was super oversteer-y and didn’t know if it was a combination of the diff, the splitter-sans-wing, tire pressures, or a combo of the three. He recommended changing my driving style through corners, as the diff locks up faster/harder and much of the oversteer was simply the diff doing as it was asked, when I didn’t have the wheel straightened out yet.

So, I changed the model to “aggressively trail brake, open the wheel a bit and then get on the throttle harder than is comfortable” which got the diff doing its thing. I wasn’t super comfortable doing that in the Saturday race, but still managed to keep ahead of Randall in his Boxster and finished 5th of 6.

I did have a black Mustang divebomb me into T1 about halfway through the race and earned my first door donut! 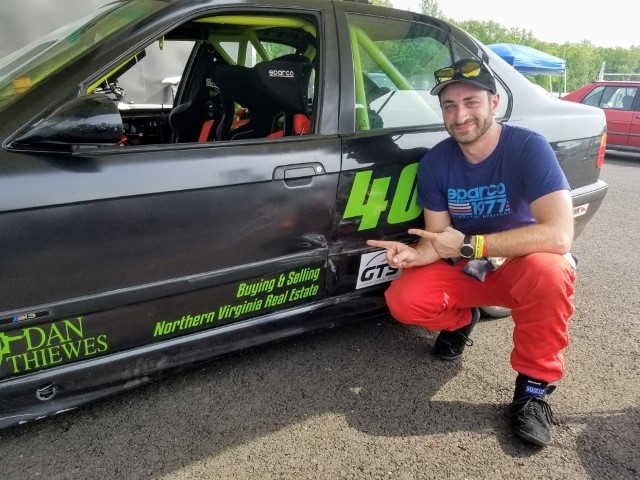 I couldn’t catch 4th place in that race, so I chilled out and just kept ahead of the P-car with the goal of “finish.” I saw the same orange Mustang coming up on my left in the esses, so I made sure to keep on-line but give him space to get by. As I was doing that, *brrraaappp* and the old FlimFlamSpeed Mustang goes blasting past me on the right – two wheels in the dirt, in a braking zone, as we pass a flag station that’s waving yellow.

The orange Mustang got by safely but didn’t realize the white Mustang was now on his right, so as he tracked out, they came together side-to-side and went off in the dirt, and tango’ed all the way down the hill under the bridge. Yet another Mustang had already gone off and hit the wall next to the bridge (he hit gravel that someone else kicked up at T11), hence the waving yellow. Got the whole thing on video but won’t be posting that at Chris’s request. If we’re hanging out in person, maybe I’ll show you on my phone.

My splitter was sagging (so much downforce, y0!) so Jake and I grabbed some aluminum stock from Roberto and made two front supports: 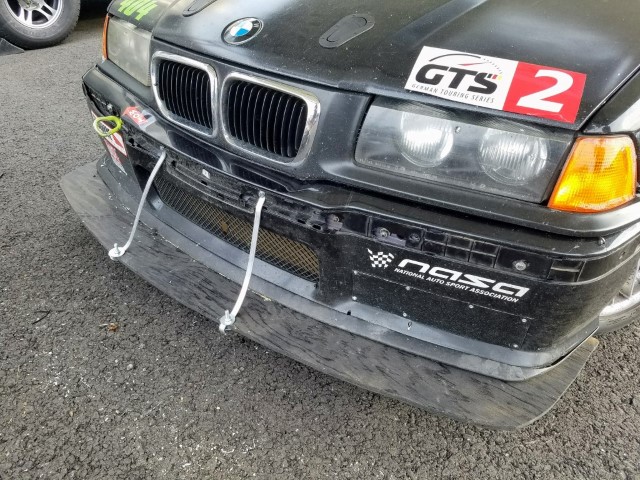 Sunday
Mom & Dad came by to check out Dominion and watch me for the day. They got more of a show than they expected that afternoon!

Qualifying was okay, I qualified last in class buy only by a few tenths. My hope was to get an aggressive start and just push to get past Randall and Jason (our other Rookie, passed Comp School on Saturday!).

The race start was good and within a few laps, I got past Randall in the Boxster. We had a Mustang (or Camaro?) take T12 a bit hot and go nose-in to the wall on the front straight, so we got a full-course black flag and sat in the pits for a few minutes as they cleaned him up.

I made sure to keep super alert for the restart and was on Jason’s ass when we got the green. A few Mustangs got between/ahead of us and then it was party time. He and Mark were nose to tail and I figured I’d be able to get both of them given enough laps. So, I chased him and was gunning for a pass at T12 (onto the front straight) – but alas, I overcooked T11 and got myself into a tankslapper. As I focused on getting the car straight/slowed, the field passed me and I lost the small lead I had earned. At that point, I just stuck to the back of the field (a few Mustangs and a ST3 E46) and focused on finishing clean, which I did.

Even with the “ya blew it” moment on Sunday, it was by far the best race I’ve had to date. I kept up with the pack the whole time, got a pretty ballsy pass in on Randall (watch the video for that) and was about to have more success had I not made that mistake.

Super pumped for Hyperfest now! I’m going to hold off on the wing and just get some maintenance-y stuff done on the car. Just want to add radiator baffle/ducting to funnel air, and add convex mirrors to my door mirrors (or get the ones that bolt to the cage).

Greetings from Captain and Crunch: 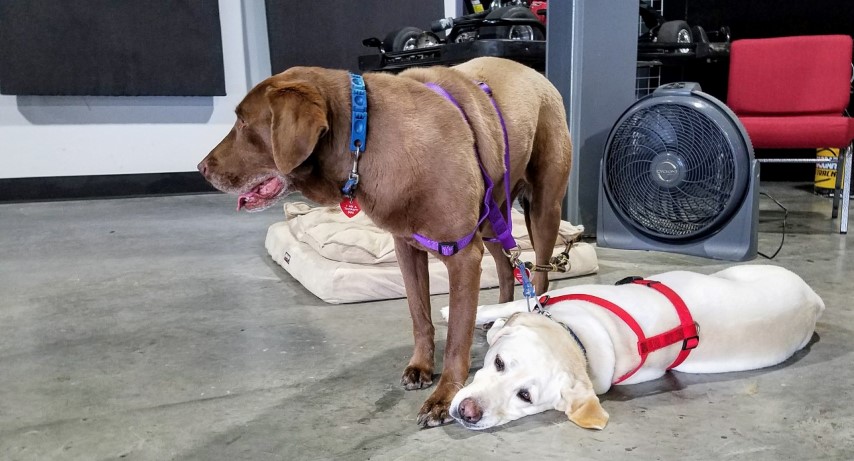