Pittsburgh International Race Complex, better known as Pitt Race, is a heckin’ fun racetrack located about 45 minutes west of Pittsburgh proper, in the mountains of Pennsylvania. I’d been a few times in the past, but not since purchasing my Spec3 BMW 325is racecar and joining my new series. Two NASA regions – Great Lakes and Mid Atlantic – typically partner up for a “crossover” event every July, and this year was no exception. I signed up for the event, and requested a 2022 Lexus LX 600 to align with my trip. I figured it would be a perfect test of the new LX’s towing abilities, able to work the twin-turbo V6 hard going up the mountain grades with my enclosed trailer in tow.

The Lexus showed up the day before I was set to leave Washington, D.C. It was a pre-production model, undoubtedly used at the media launch of the spiffed-up 300-Series chassis and then put into service as a press loaner around the DMV. With over 11,000 miles on its odometer, it was set to be retired after my 650-mile test of its towing prowess. Unfortunately, I wasn’t able to test it out, putting just 55 miles on the odometer running up and down the highway.

I got to my trailer storage lot in the LX 600, grabbed a flathead screwdriver to remove the plastic “beauty cover” hiding the trailer hitch, and poked around for a minute. The requisite hitch receiver was installed, but I couldn’t find the 7-pin connector for trailer wiring anywhere. From experience with the 200-series Lexus LX and Toyota Land Cruiser, I knew that the plug was generally tucked up high under the bumper to prevent damage while off-roading. No dice.

Some quick Googling indicated that based on differing trailer connector standards around the world, LX 600s arriving in the United States should have the proper trailer connector installed as part of their Pre-Delivery Inspection, or PDI. I suspect that given this one’s trajectory from media launch (where no towing took place) directly to a local fleet, the installation never happened and was a simple oversight on Lexus’ part.

Lexus isn’t the only one to do this “install state-side” thing with trailer wiring. My 2013 Porsche Cayenne Diesel was sold to its first owner with a block-off plate where the connector should be, and I had to purchase the correct plug and install it myself when I wanted to start towing. It was a fast and easy process, and I’ve towed with the Cayenne a few times since getting it all set up. But as I lay in the gravel trailer lot, staring up at the Lexus’ bumper with two plugs but no wiring harness, I realized the Cayenne, covered in dust and a cobweb or two, was about to be pressed into service for a very tough tow.

The Pennsylvania Turnpike was one of the first long-distance highways spanning part of the United States. Built in the late 1930s, it winds through the Allegheny Mountains to connect travelers to a host of towns in Pennsylvania, and if you go far enough, the Ohio state line. The steepest grade is “just” three percent, but they are long grades that feel longer when you have 240 horsepower and a 6,800 pound trailer bolted to the back of your car.

I had purchased a new hitch earlier this year, a Blue Ox unit that uses both weight distribution and sway control to keep my 20′ enclosed trailer in check. This trip, with winding mountain passes and eighteen-wheelers aplenty, put the hitch to the test as well as the Cayenne.

Weather was hot, with temperatures in the low 90s. I checked my tire pressures – all eight of them – and set off, with 300 miles of towing to do before I got to Pitt Race. I kept the Cayenne’s transmission in its Manual mode, to avoid hunting for gears. Otherwise, I just… drove. One of my racing buddies (now using an Audi SQ7, pictured above) towed with a Touareg TDI several years ago, and told me to just “let it eat” on the big hills.

Sure enough, that’s what I did and the Cayenne’s little three-liter turbodiesel was all too happy to trundle along. My right foot kept the skinny pedal close to the carpet fibers as I popped the transmission into fifth gear. Revs climbed to 4,000 or so against a redline of 4,500, but the Cayenne pulled and pulled.

This process repeated itself on every hill. Two hundred and forty horsepower is really not much, though the engine’s 406 lb-ft of torque does help keep you moving. I kept a close eye on the oil temperature – knowing that diesels get their oil fairly hot compared to a gas-powered engine – and it would get warm on the long uphill slogs.

Despite inching higher and higher, the oil temperature remained in an acceptable place per the dashboard gauge. I eventually became uncomfortable keeping the engine pegged near redline and watching oil temps climb and climb, so I slowed to 55 or 60 miles per hour on a few grades, tucking in behind bigger trucks to let the Cayenne take a breath.

Stability from that new hitch was excellent, with zero trailer movement or discomfort, even as I sat in the middle lane of three and was passed by a semi on either side. Braking performance from the gigantic brakes was excellent, supplemented by the trailer’s electric brakes that I control with a wireless Tekonsha Prodigy RF controller.

After five hours behind the wheel, in part due to Friday afternoon traffic, I finally rolled in to the paddock at Pitt Race. I had achieved 14.2 miles per gallon on the journey, a surprising figure given the nature of the trip. After unhooking the trailer and hanging with my Spec3 buddies for a while, I put the Cayenne in Sport, clicked on the swiveling high-beams, and enjoyed a spirited drive to my hotel… in my tow vehicle.

Our weekend was fast, fun, and full of shenanigans, and at the end of it all, I hooked the trailer back to the Cayenne and repeated the same process of towing home. Heat, hills, downshifts, throttle, upshifts, again and again. We covered a total of 616 miles with my enclosed trailer, a distance that I was honestly nervous to cover given the route, the Cayenne’s size and its (lack of) power. Torque and chassis design prevailed, though, and I’ve only got more confidence in the Cayenne Diesel as a tow vehicle that fits my needs. 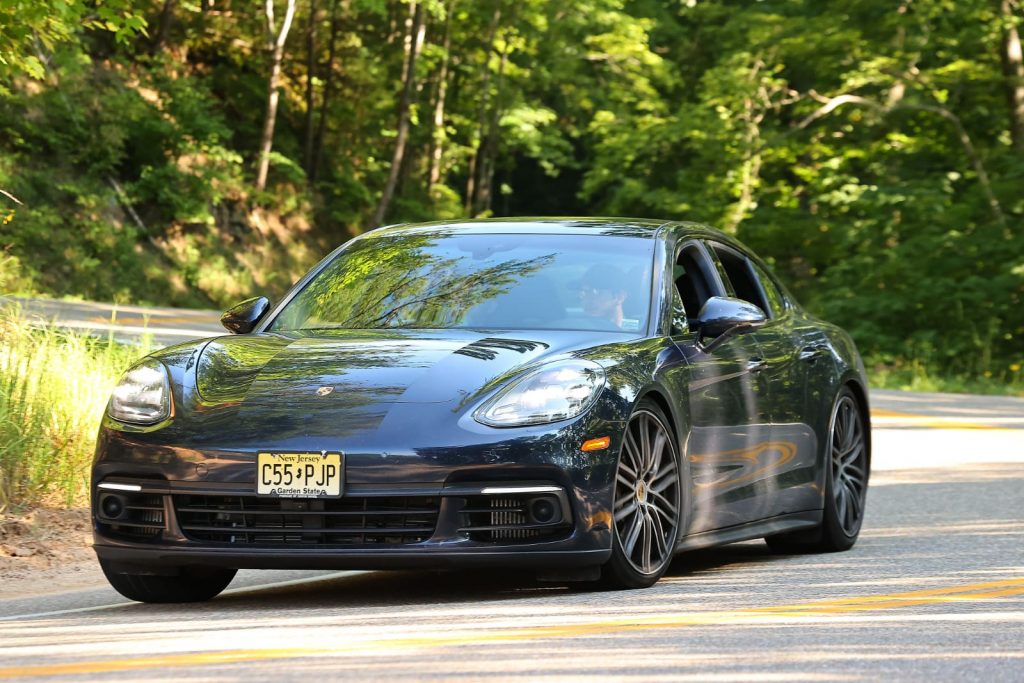 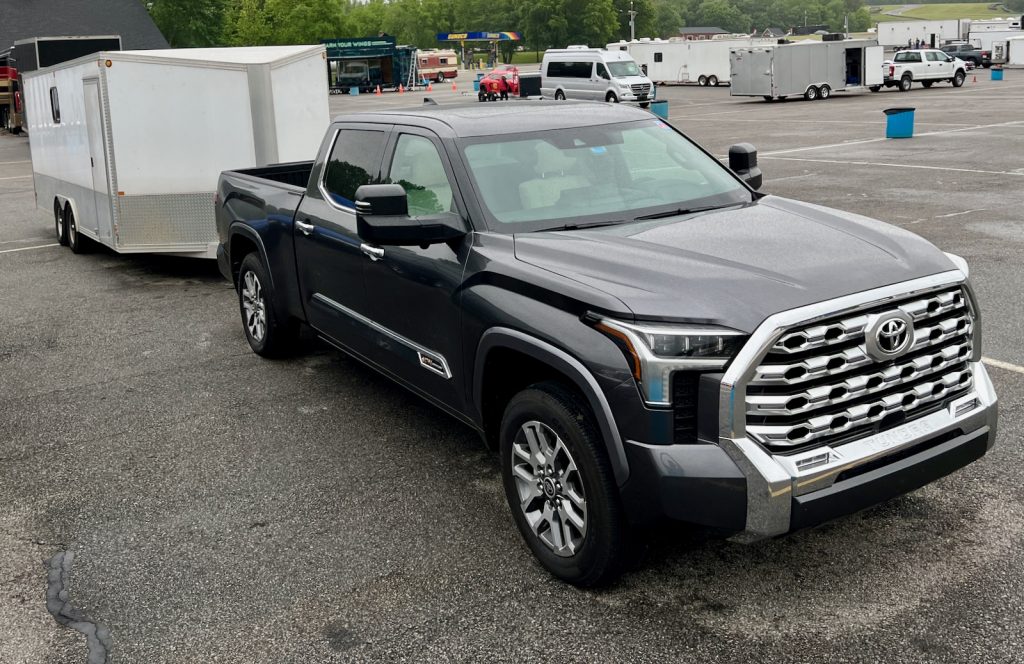