No matter who you are, how you identify, everyone is at their best when they have a community of others with similar interests to connect with. I think anyone who’s been “othered” before feels this intensely, and those of us who are both queer and car enthusiasts occasionally find those two identities at odds with each other.

My friend Tatiana has slowly been growing an event they conceptualized a few years ago, one I finally attended last week. Pride at the Dragon brought roughly 75 LGBTQ car enthusiasts to some of the best driving roads on the eastern half of the country, and it was worth every dollar of money and hour of PTO to attend.

I’d mentioned the idea of attending Pride at the Dragon to the Toyota team months ago, and they enthusiastically provided a 2022 Toyota Supra 3.0 Premium as my wheels for the trip. I flew to Atlanta, Georgia last Wednesday and found myself behind the wheel of a Renaissance Red Supra with just 55 miles on the odometer. “I guess this one is getting a spirited break-in,” I thought as I began the three-ish hour drive from Atlanta to Fontana Dam, North Carolina.

Anticipation ran high as highways gave to two-lane back roads. Cell signal gradually dropped, leaving me with the chunk of Google Maps and whatever music I’d downloaded to my phone prior to leaving DC. The Supra and I – with roughly 200 miles on its odometer – started climbing and the roads got twistier. We weren’t on the Tail, but it didn’t matter. Every road leading to Fontana is good enough for some fun. I had to rein it in as grocery bags and glass bottles in the Supra’s hatch started clanking with every turn. No Svedka or oranges were harmed on the drive in.

I’d been to Deal’s Gap and Fontana Village once before, when I was nineteen. I had purchased my 1995 Mazda Miata the summer prior, and my parents’ Christmas gift to me was their covering costs for a trip to Miatas At The Gap. My dad came with me, we drove the entire trip with the roof down and somehow didn’t bake too badly. We had a nice time on the roads and met plenty of Miata enthusiasts, but nobody who became a life-long friend. My focus shifted to motorsport and I didn’t think much of returning until Tatiana sent out the invite late last year.

Pulling in to the Fontana Village lodge brought a wave of nostalgia and excitement to the surface. Friends were running check-in, and starting off with some familiar faces eased any nerves. I checked in to my cabin – basically a single-wide trailer with wood screwed to the outside – and wandered up to the Wildwood Grill for dinner with whoever was around.

The “with whoever” vibe persisted throughout our five days together. With cell signal nonexistent and wireless internet spotty at best, we relied on walkie-talkies to coordinate meeting points. Organized group drives to lunch every morning lead to “I’m going on a Tail run, who wants to come” in the afternoon. Dinner parties of six quickly became parties of sixteen. There wasn’t much drinking at dinner because everyone wanted to go back out for more drives as the sun slipped below the mountains. We’d all end up at the communal fire pit each night to finally imbibe a little and plan our next day.

I put plenty of miles on the Supra on our morning “lunch runs” a few hours away. Lunches were at Tellico Plains and Highlands, two cute towns that handled the influx of cars and people with ease. Not every road was a maximum-attack sort of drive, offering time to slow down and take in the scenery as you cruised along.

Our afternoon drives, however, were a different story. Groups assembled on their own to run eleven miles down the Tail of the Dragon and back up again. Passengers were encouraged, and I delighted in having someone strap in to the Supra’s passenger seat as we set off, BMW B58 wailing away under the hood and Brembo four-piston front brakes doing the absolute most. These drives inevitably lead to one of the best parts of the trip – “you should drive my car next and see what you think” or “can you show me what it’ll do?”

And so, the Supra would get parked after a few runs and I’d find myself holding some random set of keys with an expectant passenger – or two, or four – buckled in anticipating another 636 turns over the course of twenty-two miles. Matt’s Mercedes-Benz E63 AMG was seriously impressive, Josh’s Dodge Neon SRT-4 was hilarious with its (loud, aftermarket) blowoff valve, Mason’s Volkswagen Golf reminded me why I love every iteration of the Mk7 chassis, Ciel’s BMW E36 M3 sedan felt just like home, Charles’ Pontiac GTO highlighted the delight that is a GM LS engine and T56 transmission, and Patrick’s Tesla Model S was sneaky fast given its heft and utter silence in motion.

The level of trust here was, truly, pretty wild. We all have insurance, of course, but to toss a stranger your keys and say “let’s go” is a big move. Ryan handed me the key to his rear-wheel drive Jaguar F-Type R and disappeared for dinner, perhaps the ultimate expression of trusting an internet friend to enjoy a new-to-them car and bring it back in one piece. (Don’t worry, Toyota, I was the only one driving the Supra)

Cars parked and driving done each evening, a different sort of camaraderie emerged. “We’re hanging in 916 before the fire pit, come over” was the sort of thing you’d hear on the walkie, and you’d walk in to a cabin full of Escaladies (thank you, Danity Kane) gabbing and dancing and howling with laughter.

We finally got as many people and cars together as we could for a group photo on Saturday, our final night together. Ninety-three people were registered, and it was pretty crazy to see a good number of them together in one place – finally – while knowing even more were out driving the Tail or (lightly) off-roading on some fire roads.

Our gigantic group gathered on the porch of the Wildwood Grill for one final dinner, then dispersed to our cabins to pack before a final few hours around the fire. I stopped by Matt’s cabin on my walk down and our radios crackled to life. “Night drive, five minutes, General store.” He looked at me and tilted his head. “Should we-” “Yes”

Once more, the Benz’s twin-turbo V8 fired to life. We grabbed Mason on our way to meet another ten or so cars and took one final cruise down to the Deal’s Gap Motorcycle Resort, where we caught the end of some (sanctioned, official) miniature dirt bike racing in the parking lot.

All too soon, it was Sunday morning. I hopped in the Supra and picked up Rick – who’s borrowed Saab 900 SPG had broken down a few days prior, towed to a shop mid-drive – and we pointed the red coupe toward Atlanta. 794.7 miles later, the Supra was back in Toyota’s hands and we went to our separate gates.

I settled in to seat 10D and the captain of my Embraer 175 pinned the throttles wide open for a short flight back home.

The gravity of the event hit me all at once, and it was all I could do to stay (sort of) composed as the plane’s nose pointed skyward. To be deliberately disconnected for five days, in a beautiful and driving-focused setting, with a group of new and old friends who so intently “get it” the way you do, was overwhelmingly special.

“Thank you” is not enough for Tatiana and the rest of their “gaymittee” who made Pride at the Dragon happen, but it’ll do for now. I’m already looking forward to the next one. 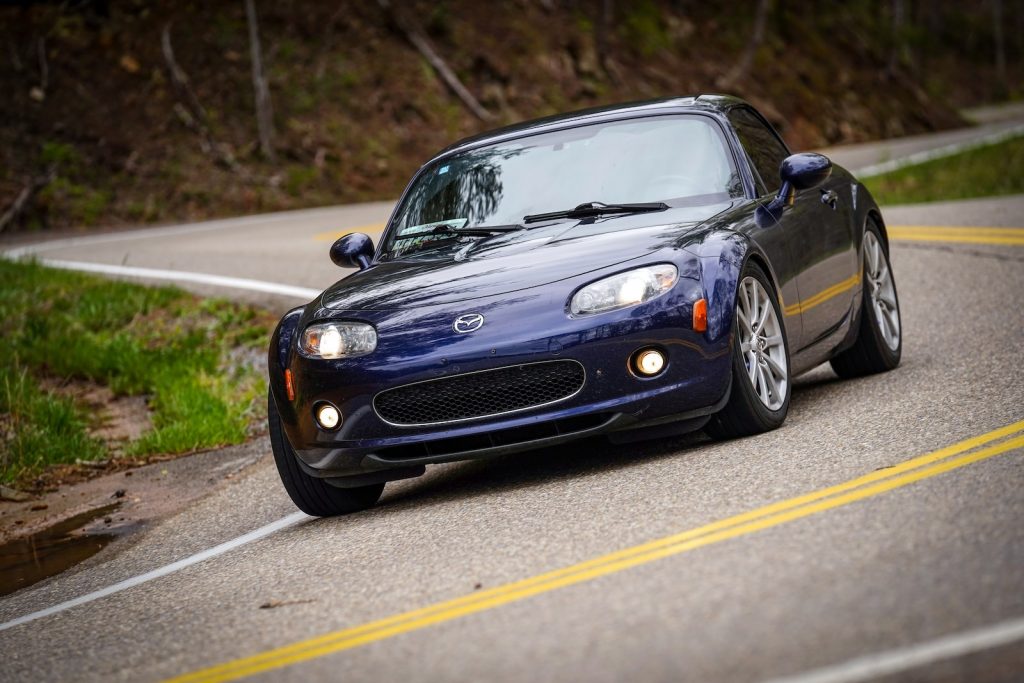 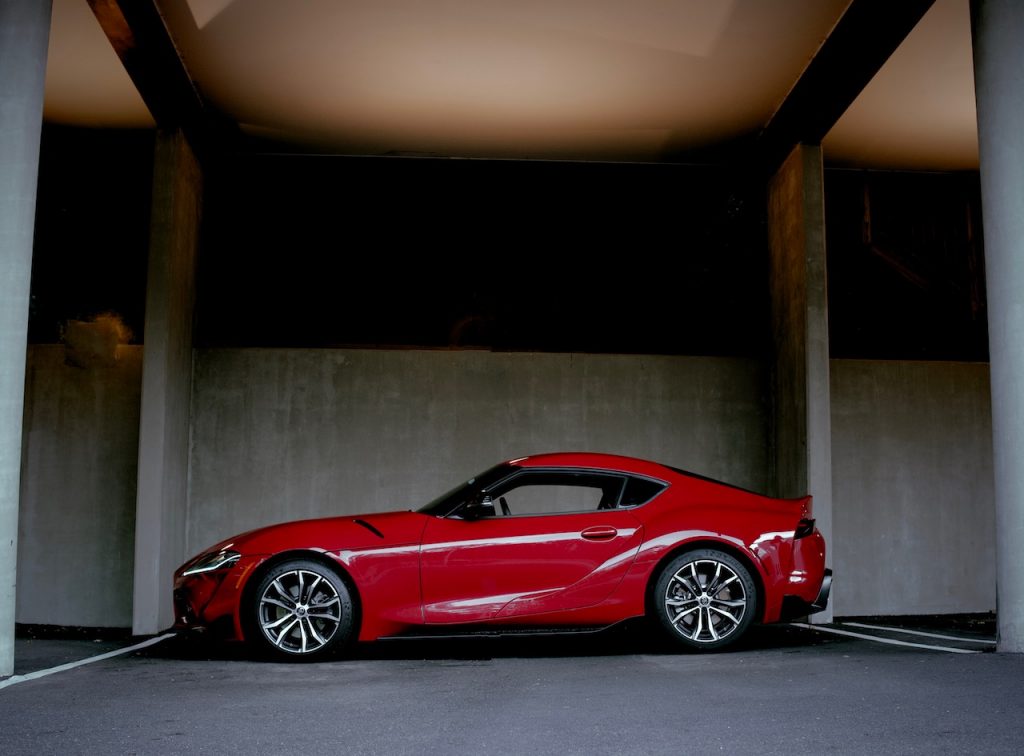