What makes a car enthusiast? Is it turning your own wrenches, proudly proclaiming “Built not Bought?” Is it stockpiling parts to preserve specimens for future generations to admire? Is it driving the piss out of it every chance you get? Is it the freedom you experience when you get behind the wheel? Or is it what the car says about you as a person? I think that it’s a little bit of all of these things, so I am stymied when I hear people say that enthusiast culture will die in the era of Electric Vehicles (EVs). As evidence that our culture will not die out but evolve, I present to you a love story of a man and his unique and obscure electric machine.

When it became apparent that VW would be buying back my grey-on-black 2014 6-speed TDI Beetle Convertible – a car that my husband and I dearly loved – I decided to atone for my years of diesel sin and go electric. I was taken by the power of my friend’s $10,000 used Nissan Leaf he got from CarMax, but my husband’s attitude was “over my dead body” would such a hideous thing live in the driveway. As we waited for VW to give me a turn in date for the TDI, I started looking at Leafs and he started looking at any other used EV he could find.

Ironically, he found a grey-on-black 2013 Smart ForTwo Electric Drive Cabriolet for $10,998 and texted me the Autotrader link. I was intrigued, so I test drove a gas convertible to see how I liked the car itself. I liked it, but I absolutely hated the gas drivetrain (that jerky manumatic transmission was unlivable). As fate would have it, a high end used car lot happened to have a hard top Smart Electric Drive on their showroom. They gladly let me take it out for over an hour – I wanted to drive it to the next city over and charge it for 20 minutes before driving back – and despite just 74 horsepower and 96 lb-ft of torque, I absolutely loved how that torquey electric motor moved the car. I pretty much fell in love on the spot: it’s small, quirky, quick, and best of all it costs $1.68 to fully recharge it!

I called the little used car dealer in Delaware where the 2013 Smart was located. I asked a single question: “Does it have two keys?” The answer was yes, so I put a $500 deposit on it using my credit card and then called my credit union’s after-hours call center to get approved for the loan. I was approved but would have to complete the application at a branch, so the next day I took an extended lunch and handled the paperwork at the branch by my work. The banker told me if I’d walked into the branch they’d have denied this loan because it’s an out of state sale, but since I was approved and he was intrigued by the vehicle, he was going to complete the application. As we faxed documents back and forth, VW called me to let me know that I could turn my car in on that Friday – April 1. Best April Fool’s day ever!

After we finished up the paperwork, the dealer told me the car would ship out Sunday morning and be in Durham, NC the following Monday by noon. What are the chances you’d turn in the grey-on-black “cheating diesel” on Friday and pick up your grey-on-black zero tailpipe emissions electric on Monday? Needless to say, sleeping was fraught all weekend. I remember how excited I was when I saw the big rig pull into the Home Depot parking lot. I also remember the look on the driver’s face as he quipped “ain’t this a little small for you, son?” to which I assured him I fit.

After putting my plate on the car, lowering the roof and removing the side rails, I headed to downtown Apex for lunch with a friend and to charge the car at the charging stations in the restaurant’s parking lot. After our lunch, the car was above 80% and I headed home. On the drive home, I decided I’d name this car Gopher after a character from the Victoria Laurie Ghost Hunter series of mystery novels.

Over the weekend, my husband installed a GFCI outlet in the lightpost by the driveway so I could charge the car. A few weeks later I had a gravel parking pad installed in the yard so that I didn’t have to move the Smart when we wanted to take one of the other vehicles. The factory charging cable never liked the GFCI, so I ordered a dual-voltage charging cable from AeroVironment (the TurboCord Dual) and borrowed the cable from my friend’s Leaf until it arrived. I charged at work a lot on our ChargePoint stations, so the overnight charge was only recovering the energy from my 6-mile drive home (about 2 hours of charging, unless I’d ran errands after work).

After replacing the GFCI twice due to ant infestation, I decided that I needed a better charging solution. I called the local solar installer and purchased 12 panels and a ChargePoint Home charging station in June. The work was completed in early July, and from that moment forward I was able to not only show exactly how much energy the car consumed and how much it cost, but I could also compare this to the energy the roof produced and come up with the actual out of pocket cost and environmental impact of my home charging. I wanted to squash the “longer tailpipe” myth, and it just felt good to screw over both big oil and the electric company. To date, roughly 80% of all home charging has been covered by the solar on my roof – I buy less than $155 in electricity to charge my (current fleet of 4) EVs annually.

Over the years Gopher has been through a lot. During one sudden summer storm that caused major flooding, he learned to swim in a parking lot with water up to the top of a school bus tire. He survived this unscathed, having no immediate issues – though the rheostat in the accelerator did give up the ghost about two weeks later. The dealer said for the 2013 model year this wasn’t uncommon – they are all drive-by-wire and use the same part, gas or electric. That was the only major issue I ever had with Gopher, the rest were petty annoyances like the cheap Bosh touch screen nav unit getting stuck in a boot loop (warranty covered).

In 2019, I  wanted to take my EV advocacy to the next level, but this would require me to buy a new vehicle with CCS Fast Charging. I sold Gopher to a friend who was in need of an affordable to operate car and I used the money as a down payment on a new 2019 Hyundai Ioniq Electric Base. I cried when Gopher left the driveway, I cried hard. Not even two weeks after selling Gopher to my friend, a deer ran into him. Minor damage, but this was an omen of what was to come. You know you love something when you cry if you sell it, but I cried a little every time my friend drove him over to my house.

In September 2020, my friend hydroplaned into a retaining wall at 55-60mph on the highway. By some miracle, the airbags did not deploy even though it destroyed the passenger rear wheel and all the body panels plus the passenger tail light. My friend and his wife were so afraid to tell me about the accident that I didn’t find out until a week later.

When I found out, I told them that they were obligated to buy the car back from insurance and sell it to me. I’d put myself down as a lienholder on the title to ensure this would happen. $1600 and one new $500 alloy wheel later, Gopher was back in my driveway with a salvage title. I knew someone with a hardtop model where the charger had died, and during COVID he pulled the 12 volt and High Voltage (HV) disconnects, thinking this would slow down the parasitic drain on the HV traction battery.

Turns out, the Battery Management System (BMS) on these cars is powered by the 12v battery. If that dies, the HV battery cells start to self discharge and when one of them drops below 3.1 volts the pack will disable itself. That’s exactly what happened, but we didn’t know this until after he’d sold the car to a mutual friend who sourced a replacement on board charger for the car and had attempted to bring it back to life.

I paid the mutual friend what he had in the car and proceeded to dismember it as spares for Gopher and my husband’s 2014 Smart Electric Drive Cabrio (named Opus – his heater had failed to turn on a few weeks prior; the part was $1500 but luckily it sprang to life the next day). Gopher now has a silver rear end and a matte grey front end, and a spare set of matching alloy wheels with good rubber (though one of the front ones is slightly bent)

I stored the charging unit, heater, glass, and other interior bits in my basement (with a collection of Volvo parts for cars long gone, but we won’t get into that). I sold some of the parts to other Smart owners around the US, and donated the dead HV battery to a YouTuber in South Carolina who is using the revived cells in a battery project to help his elderly neighbors keep their CPAPs and Medicine mini Fridges running during power outages. He said they experienced 24 outages lasting over 48-hours in 2019. The rest of the drivetrain is sharing a tarp with the rear axle from a Volvo 700 or 900 series (you’d have to ask my husband for the specifics).

In late 2021, my EV advocacy resulted in a job opportunity supporting industrial-scale charging solutions for Class 4-8 vehicles (buses, box trucks, semis). I travel a lot for work now in Miss Albert, my 2019 Audi etron. Gopher still gets driven when I am home, and I lend him out to anyone who temporarily needs a car (like our renter who has a Fiat 500). Gopher saw a little over 4,000 miles driven in 2021. When I performed the annual range test in early fall, he pulled 73 miles out of the 68-mile rated battery pack. I did a health check using the open-source BMS interface kit at Thanksgiving, it revealed that the Feb 2013 built battery has 91% of its original capacity. Based on current driving habits, Gopher should cross 100,000 miles before he turns 20 years old and should have +/- 80% of his battery capacity (roughly 45 miles of range).

Gopher’s convertible top is peeling away from the frame at the front, and I’ve had the local top shop glue it down twice now. Mercedes wasted no time abandoning these cars in the US, and the parts are already End of Life. I went ahead and bought one of the last 8 top panels in the world, and one of the 3 remaining rear panel assemblies in the world. I pray that I can get two more seasons out of the original top before I install the new one.

I intend to keep driving Gopher until the wheels literally fall off, and I have enough spare parts to make that happen (and I’m always on the lookout for more). Only a true enthusiast would go this far to keep a car going, and I look forward to putting Antique tags on Gopher some day. I remain optimistic that I’ll be able to put a better battery into him in the future, as I see battery remanufacturing to be one of the DIY/aftermarket movements in the EV era (it’s already happening with NiMH packs for Toyota’s Prius and Honda’s Insight and Civic hybrids). 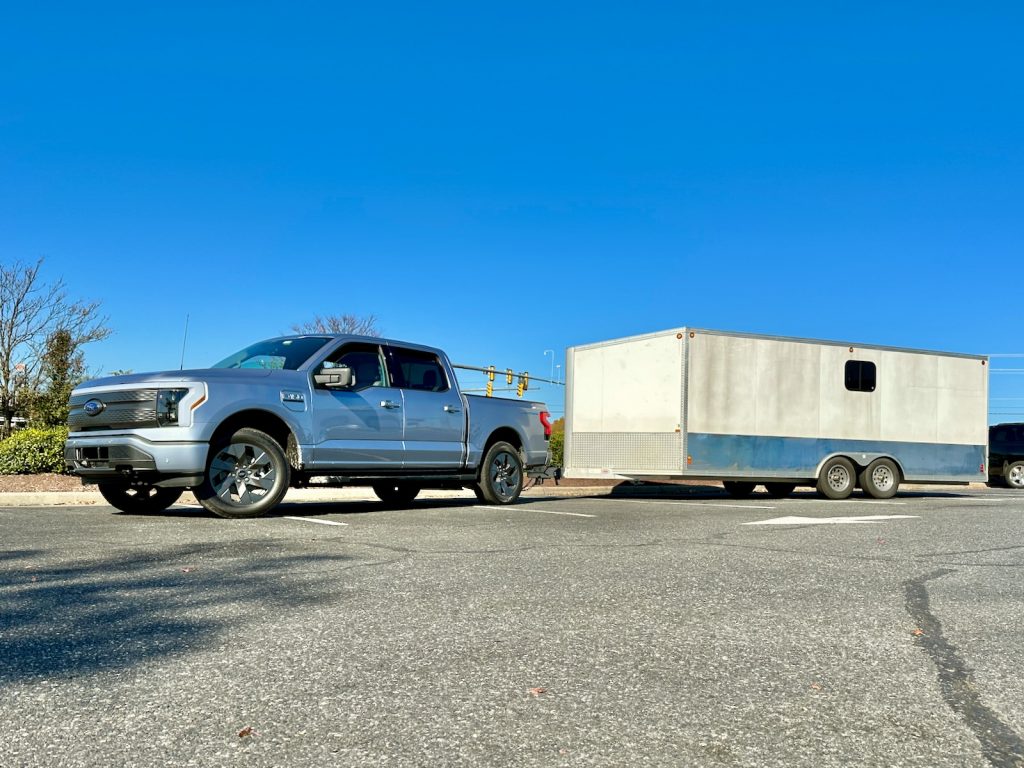 13 thoughts on “Can Enthusiasts Bond with EVs? Living with a Smart ForTwo Electric Drive Cabriolet”