As car people, we’ve each cultivated an imaginary list of dream cars. They usually vary wildly, from a Ford Centurion to a 1903 Olds Runabout. Whatever your mind can think of, it’s somewhere on this infinite list of cars. For me, there has always been a permanent top three on my list. They’ll slide from first to third or to second periodically, however in the top three they always remain – a 1958 Plymouth Fury, 1973 Lotus Europa JPS, and a Lotus Super Seven.

Strap in for the world’s briefest (and possibly inaccurate) history lesson. Colin Chapman created Lotus Engineering and introduced the Lotus Seven in 1957, a tiny aluminum-bodied cigar-shaped body with outdated wings fixed over the front wheels. Powered by an equally-tiny Ford 1.2 liter four-cylinder, this road-legal go kart found great success in Clubman racing. It was a sports car on the streets and a racer in the sheets.

Over the years, the Lotus Seven’s displacement would increase and its chassis be refined further through motorsports. By 1973, however, everything changed for the little Seven. Up until this point, the Lotus Seven was sold as a kit car. This was done to avoid the high “Purchase Tax” in Britain at the time, but Big Brother had caught onto the game and had put a stop to “tax-free” kit cars. Lotus themselves would build you the entire car if paid to, just so as long as you purchased your engine separately… which they also sold, of course.

The Lotus Seven was no more, the rights were then sold to Caterham Cars whom still produce the kits to this day. This example of a 1978 Caterham Series 3 Super Seven is an honest continuation of the Lotus Super Seven prior to the change of hands and brands. This example came equipped with an Escort live-axle rear end, a four-speed manual transmission, Ford-Lotus Crossflow 1.5 liter engine, and four wheels. The seat is a lawn chair cushion.

Friday evening, late this summer, I received a phone call from an old friend of mine. He and I were corner workers for SCCA a lifetime ago, and he remembered that I had an affinity for English sports cars. Unfortunately, a dear friend of his had passed away and had left everything to his sister and brother, who lived several states away. The gentleman was an old racer from the ’80s, also holding a career in motorsports from what I later came to understand. My friend on the phone was asked by the family to help find the right homes for their brothers’ relics, and it just so happened he had thought of me.

In his garage was a half-disassembled TVR, having sat for nearly a decade and covered in layers of dust. The owner had been upgrading the brakes and suspension but either lost motivation or simply life had gotten in the way. On the other side of the garage was a ratty old living room sofa. I imagine he would sit there some evenings and take a sip of his beer while looking at his prized motorcar. Thinking back to the days when they were younger, needing less parts replaced between the two of them.

Behind the sofa and shoved firmly against the wall, covered in layers upon layers of bedsheets, was a near unrecognizable Caterham. Its wheels removed, the long front wings and its cheerful front grill all tucked away somewhere safe. What parts that were still attached to the haul were worn out. Signs of a front impact with who knows what are seen. The bare aluminum body had long since lost its luster, now slowly turning a pale white with age and oxidation. What was hidden from the world, in a tiny pocket of this universe was the only financially-obtainable version of my dream car. A forgotten Super Seven.

The deal was for both cars, they had to go together. Calling up a mentor of mine to be a partner in the deal, he to take the TVR and I the Seven, we quickly arranged to bring them to their new homes. While I had been lucky in being offered the Seven, my luck had run out as soon after. The cars were both immobile, having both of their suspensions completely removed and the bodies up on jack stands. Even worse, the parts were strewn about the garage. The near 100-degree Georgia summer day and total humidity was brutal, we couldn’t spend any time trying to assemble these cars in their location.

We ended up ratchet-strapping the cars to blocks of wood and on top of furniture movers. Thanks god they weren’t Cadillacs and Lincolns, those two. Carefully maneuvering the TVR up the trailer ramps with the electric winch was a blur. Just in the heat (literally) we threw bins and boxes of parts after parts after parts into the back of the truck. Thirty minutes later, we arrived at my mentors’ shop, quickly unloading the red TVR from the trailer and chucking the parts from the bed. We were making haste because the hottest point of the day was to come and we still had the Super Seven to contend with.

As you would imagine, loading the Super Seven was equally as difficult for us as with the TVR Taimar. The unearthing of the little Seven, however, was an emotional experience. Without knowing this car’s history, it pained me to see it in such a state. These cars were created solely to be fun. A race car. How could it have gotten so rough? With the winch pulling the car forward, a framed picture that had been leaning against the body had fallen over. Quickly rushing over to see what it was, I saw that was a framed picture of the very car, probably 30 years prior with its owner standing proudly with it.

My mentor and I spent the next four hours digging through parts back at our home base. “These go to your car, these go to mine,” that sort of thing. There happened to be a lot of new parts waiting to be installed for this Super Seven. Even more impressive was a later generation of suspension and technical drawings with it had been planned. An envelope of pictures showed how the car was assembled before he had removed this or that, simply for reference. Pages of restoration manuals were thumbnailed with pencil scratches of notes inscribed.

It had become fairly clear to me that the car hadn’t necessarily been forgotten, but saved from being lost. By hiding the car away from the world no passerby would know it was there behind the sofa. He was holding onto it, waiting for the day to come that he would finally have the time to finish his treasured Super Seven. To make just as lovely as it had been once before when he was a younger man.

I hate that when I finish this car and drive the ever loving shit out of it I can’t take it back to him and show him it’s fine. That the car’s better than ever, with his new suspension he had drawn up. With its stupid tiny red steering wheel he had picked out for it. The aluminum body shining as bright as the sun and its black wings deeper than space. Its silly little side pipe burbling away just eager to run.

We’re really just caretakers of these things. I often wonder if one day my Caterham will be under a few bedsheets behind a sofa in a state of disrepair. And that one day I too will pass away and someone just as eager, stupid, and poor as me will buy it. That they’ll wonder how it got this way, in such a condition. I could only hope they’d know I loved the hell out of it when they discover the picture of me standing with it with a big smile. And that I’d hope they would love it too. 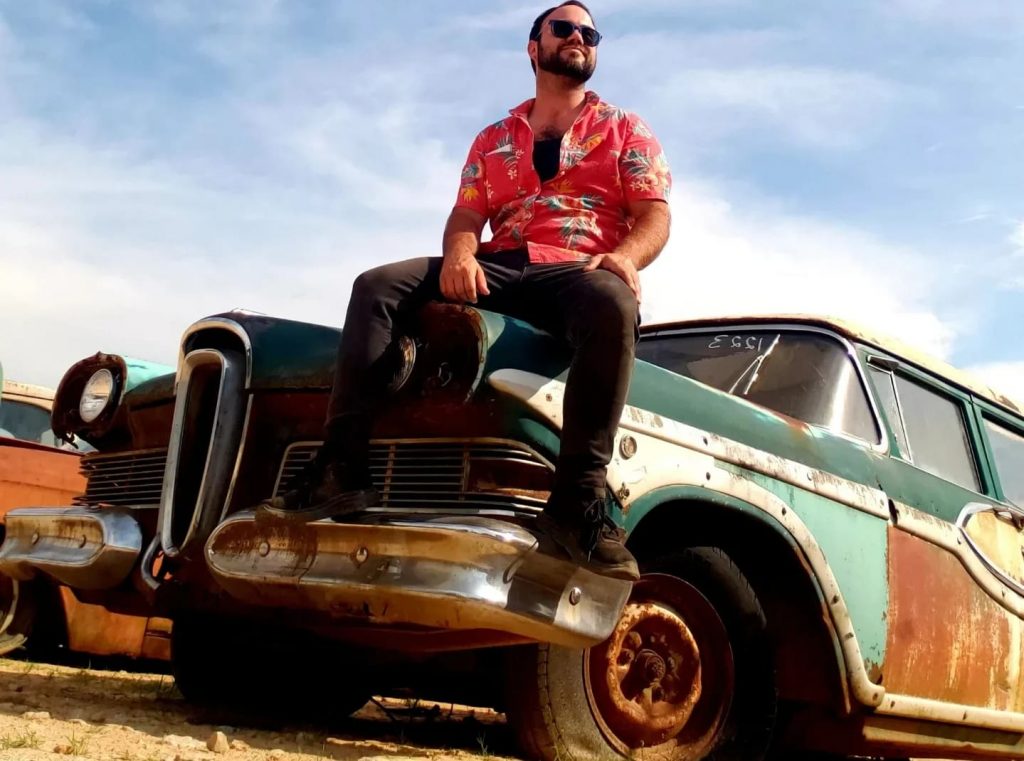