One of the many influences Radwood has had on our current enthusiast community is validating all of the 80s and 90s babies’ love for that era of vehicle. Suddenly K-Cars are cool again, everybody’s least favorite Ford Taurus is a vibe (you all know this is the one I mean), and cars we’ve completely forgotten exist show themselves for the first time in 30 years. My new favorite Rad genre of vehicle however, are the early SUVs.

Automakers have had three or four decades to perfect SUVs as we know them today. But they started out a far cry away from what is currently on sale. While most are now unibody vehicles wrapped in leather and luxurious features, the early SUVs were utilitarian body-on-frame vehicles.They were closer related to, and often based off of, trucks.

After our 4th of July Off-Road adventure, one of the participants decided they wanted to pick up a dedicated rig for the woods. Having wanted a third-generation Toyota 4Runner since he was a kid, he picked up a 1997 Toyota 4Runner SR5. Something I wasn’t expecting though, was how much I’d personally enjoy this SUV as an overall vehicle aside from off-roading. Lexus and Toyota have long been known for their reliability, and the 4Runner is one of their ultimate examples. While most cars are engineered to last for roughly 100,000 miles before any notable failure, Toyota upped the ante with these. The 4Runners were engineered to be driven well beyond 200,000 miles while never needing much more than basic maintenance.

The 4Runner he picked up was as perfect as a 244,000 mile example could be. It’s had just two loving owners in its 23-year life. Surely it was never used regularly for off-roading. This particular model was red on the outside with a tan corduroy interior.  It also came with a $1500 factory wood trim package and dealer-installed fog lights.  The wood trim has seen better days and looks more like your grandmother’s tray table than the wood trim we’re used to today. In the 90s, though, it must have been nice enough to justify that $1500 price tag.

Driving around town, this SUV is the perfect size for Northeast roads. It’s tall and skinny which means you can easily place it in your lane or parking space. Its overall length is just 2 inches longer than a 2020 Nissan Versa! Body roll is what one may call abundant. Dangerous even? Tall tires and original shocks only make this problem more apparent. But let’s face it, old-school SUVs are not the pinnacle of vehicle safety or precise handling.

Toyota’s 3.4L V6 makes more than enough torque to get this 3800 lb SUV moving. 217 lb-ft of torque may not seem like much on paper, but it makes some SUVs from recent years seem underpowered in comparison.  A heavy, yet direct throttle pedal helps with that feeling as well. This was back when the pedal was still mechanically connected to the engine, and you surely can tell with so much feel.

The corduroy interior of this ’97 4Runner is the biggest vibe by far. The door inserts, as well as seat bolstering, are covered in tan corduroy cloth. Much like a well-made pair of pants, they’ve held up impressively over time. They’re still supremely comfortable with surprisingly aggressive bolstering! Something that is very much appreciated when you’re being thrown around by bumps and rocks off-road.

Once we gained a little trust that this 4Runner wouldn’t leave us stranded, Christian booked a day at Rausch Creek Off-Road Park with an organization called Off-Road Consulting. Our day started early in the misty mountains of Pennsylvania. Steady rain had soaked the ground all night and it continued on well into the morning hours.

Having never been to Rausch Creek before, booking a guided tour with knowledgeable drivers like those at Off Road Consulting became a godsend. Especially in flooding conditions like these, trails are always changing with the weather. Being led by somebody who has experience with the trails and our vehicles gave us added peace of mind.

With just a set of all-terrain tires, we set off behind our tour guide, followed closely by about 15 other off-roaders. Adapting to the rainy conditions, our guide first took us down a winding rocky trail that tested the ground clearance of each vehicle. Drivers had to carefully maneuver over slippery rain-soaked rocks, choosing the line that interfered the least with their undercarriage. In preparation for the day Christian removed the running boards on his 4Runner giving it inches more valuable clearance in situations like this. The fifth-generation Toyota 4Runner behind us opted not to do the same, and both of his running boards were casualties to one of Rausch Creek’s trails.

The first trail opened up to a valley aptly named ‘Jurassic Park’. Coming across this clearing for the first time on a foggy morning made it abundantly apparent where the name came from. We descended down a muddy hill that had just been washed glass-smooth by rushing water. At the bottom we came to a stop and looped around a water pit about 500′ in diameter. This was named ‘Pit Jr’ by Rausch creek, and after a morning of rain it was filled up to our front grilles with water. Following behind a brand new Jeep Gladiator, we were sure our 4Runner could cross without issue. Unlike the mud puddles from our prior adventure in Wharton State Forest, the water at Rausch Creek didn’t swallow our vehicles like quicksand. The surface beneath the water was hard-packed and the 4Runner crawled through without issue!

Driving down the previously mentioned incline into ‘Jurassic Park’ was done without issue by everybody on the trail. Going back up the hill was a different story, though. Like before, the completely factory Gladiator went up the hill with a small head start. With his street tires struggling for grip, the incline swept the entire truck to the right of the trail, where it just barely gained enough traction to crest the top. Us next, Christian placed the 4Runner to the far left of the trail in order to compensate for any slippage due like we’d seen with the Gladiator. With low-range engaged, the 4Runner crawled up the slick incline with very little drama. We attributed that solely to the all-terrain tires!

By the end of the day, the rain had taken a break and the sun had come out. The last trail was a long gradual hill-climb over larger rocks and small boulders.  The trail went on for about 30 harsh minutes where the 4Runner had to work double-time – not only to ascend the incline, but also to power its way out of each rocky hole and rut. Almost as if it was scripted, the coolant temperature started to climb just as the top of the trail was nearing. It became a race to maneuver the rocks as quickly as possible so we could get to the top and let the 4Runner cool. If it got too hot, we risked blowing a head gasket on the high-mile engine. We crested the hill just in time where where we pulled over to let the 4Runner ‘tick’ and cool. The tour guides were extremely flexible and gave us ten minutes to ensure things were safe to carry on.

While we don’t know exactly why the 4Runner overheated, most would agree the 20 year old cooling system wasn’t the most efficient design even when it was new. The only thing keeping the car cool at low speeds is a belt driven cooling fan on the inside of the engine bay. Most modern cars have a fan inside and outside to push extra air through the radiator. We agreed that a manually operated electric fan would be a great addition to keep the 4Runner cool. That has since been ordered and will be installed for future drives!

Aside from getting a little hot ‘n’ bothered at the end, the aging 4Runner handled every obstacle like a champ! Spending the day off-road is always a nice getaway, but enjoying it with a group of enthusiasts was a great time. Everybody was friendly, and Off Road Consulting made the day as stress free as possible. With entertainment restrictions possibly going back in place for much of the country, taking an off-road adventure can be the perfect way to escape reality. 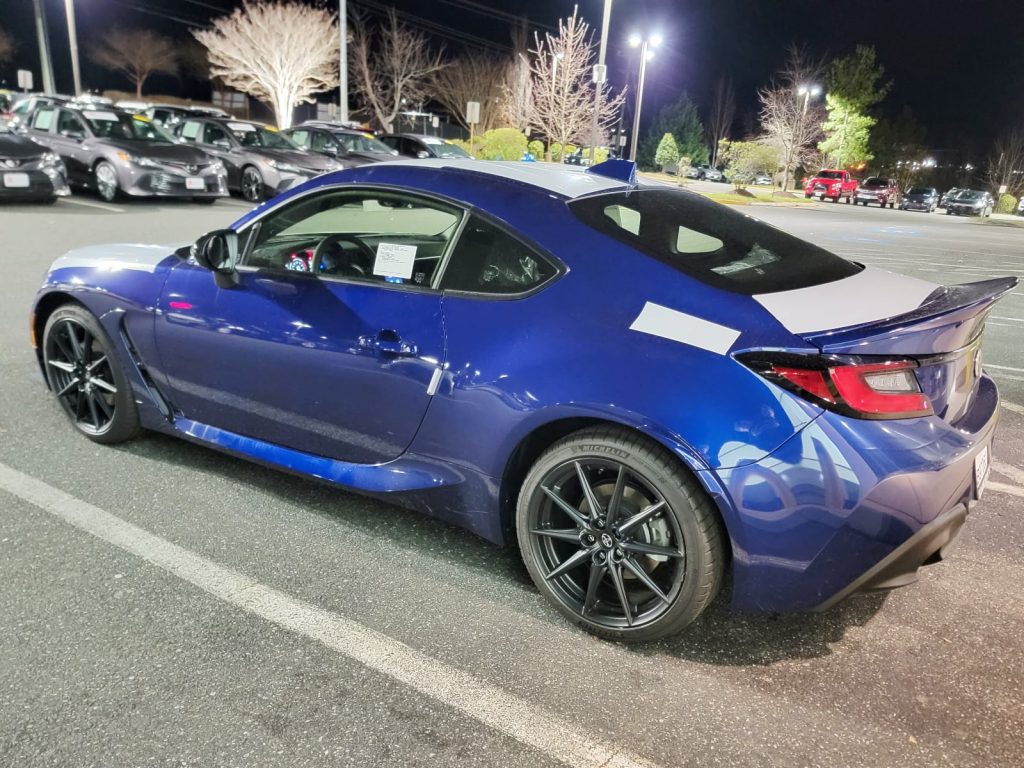 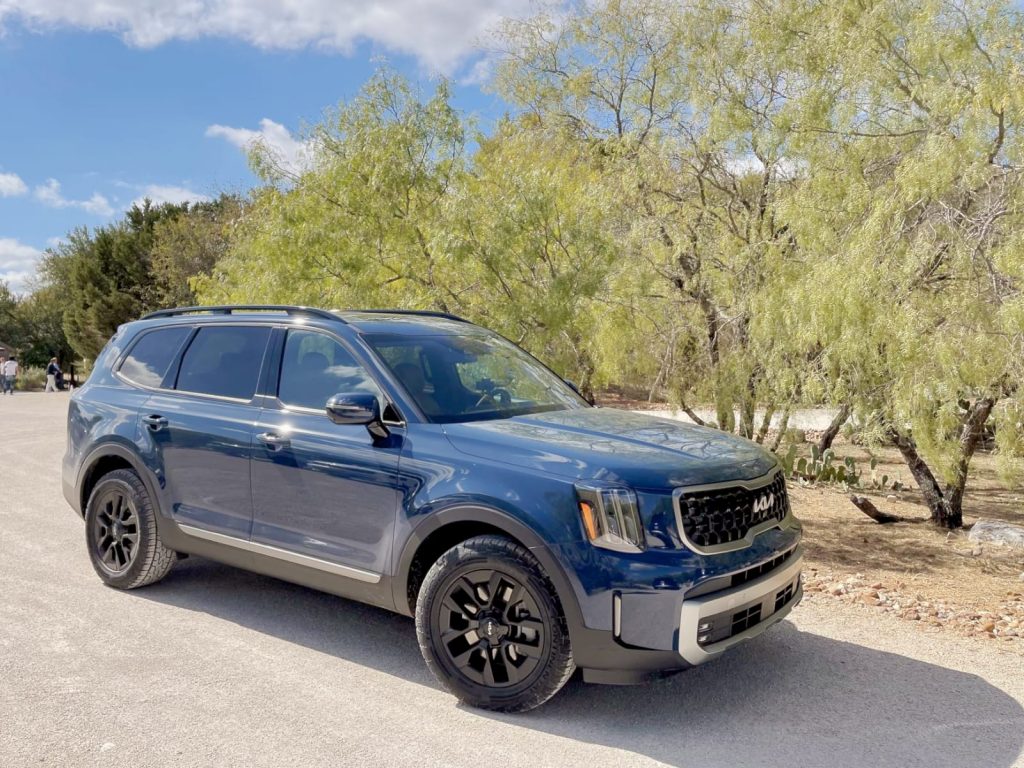