I recently picked up a Volkswagen Passat W8 with a six speed manual for $800. The plan was to have the car be a stealthy off-road monster with the face of a pedestrian family car. I thought the car was no more special than an “entry-level” V8 VW Phaeton. Instead, I fell head first into a car way more awesome than I could have imagined. This is a car that deserves to be saved, not thrashed. And so I’ll use my talents to bring this car back to its glory days. I firmly believe its best days are not yet behind it.

So, what’s the story on this thing? How does such a rare car end up becoming a beater?

Back in June I had acquired a Nissan Xterra for $500. I didn’t need or want the SUV, but $500 for a supposedly excellent condition 4×4 with working A/C? How could I say no?

Well, the deal was almost too good to be true as the Nissan revealed some annoying issues literally the day I brought it home. The issues started off with pulley noise, then over time it graduated to a lifter tick to eventually a knock. As I didn’t even want this thing I sold it before it could get even worse. Oddly, I even made some money out of it. There was one rather large problem about this transaction: The Xterra was supposed to be my Gambler 500 vehicle.

Now without a vehicle for the next rally, I decided to flex my car finding muscles to find my next Gambler car. I decided to go for an all wheel drive car, but not something obvious like a Subaru. No, I wanted something a lot more low key. After all, I like silly Gambler builds. I knew Volkswagen had AWD through their 4Motion cars, Mercedes-Benz through 4Matic, and Audi through Quattro. And as I loved German cars already, it seemed like a perfect pairing.

I quickly ran into a problem. Running and driving Quattros and 4Motions were definitely asking more than what I’d call “Gambler price”. I pressed on anyway, opening up my search to Indiana and even Michigan.

I ultimately ended up with two potential candidates, a $600 V6 Passat B5 4Motion that was worse for wear and an $800 Passat W8 4Motion in Michigan that needed a sunroof. I’ve long wanted to gamble a V8 VW Phaeton so I decided to go for the W8. It would be close enough. Little did I know this was a bit more special than a V8 Phaeton. Looking at the ad I spotted a 6 speed manual transmission. I didn’t think much of it other than the idea of a manual Passat definitely sealed in my decision to drive to Michigan to pick up this car.

At the time I had still planned on the Passat being a Gambler. The ad described the passenger side as being so damaged that it wouldn’t have been worth fixing anyway. This all changed when I arrived at the seller’s house.

The condition was actually far better than described. The left side was almost perfect and the right side really only needed a couple of parts easily sourced from a junkyard. Even the destroyed sunroof could be fixed with junkyard parts. The only mechanical problem was a misfire. I took on the challenge.

Driving the car home, I started to realize that this car’s future would not be driving off-road, instead I would bring it back to 100%. My trusty scanner even revealed the misfire to be coil pack 6. On the way home I did some research and found that not only are W8s crazy rare in the States, but manual ones like this one are absurdly rare. As in, between wagons and sedans there are fewer than 500 manual W8s in the entire country. On top of this, but those who know about them absolutely love them. The odometer rolled over 114,000 miles as I decided this car’s best years are yet to come. The W8 handled the drive home from Michigan without breaking a sweat. It even scored mid 20s for miles per gallon!

Why is This Passat W8 Manual Rough At All?

Those who know what a manual Passat W8 is know that these cars are super rare in the United States. And since they’re so rare, you’d think they’d all be very well cared-for. Apparently the first owner did meticulously take care of the car since new. He even went to the dealership for everything (poor bank account). Then during a snowstorm last year someone rear-ended the car, causing it to slide into a pole. Said pole crumpled the right front fender, the right front door, and shattered the sunroof.

That’s when the first owner called it quits and sold it to the man I bought it from. He intended the car to be a winter beater so he did very little to fix the damage. He grabbed bits from a base model Passat to replace what broke in the crash. This explains the gray boot lid, gray passenger door, and ill-fitting fender. He didn’t care if the bits matched or even were attached well. Indeed, there appears to be no structural damage, just trashed parts. The car will need a new passenger seat airbag, but that’ll come with the seat I’ll install in its place.

How Does This Cheap Passat W8 Manual Drive?

Even with the misfire (bad coil) it’s the fastest VW (maybe car) I’ve ever driven. It’s not lighting anything on fire, but it’s way faster than you’d expect ANY Passat to be. And the 4Motion system is pretty cool with all wheels are powered at all times. So even though it has the power to convert tires into smoke it just has too much traction to do so. And the sound, oh my god the sound. The second owner fitted a custom exhaust when he bought it. If you didn’t catch the last article, here’s how my W8 should sound once it’s all fixed up.

The previous owner explained that he did break one of the flex pipes loading it onto a trailer. Currently with the bad flex pipe and the misfire it sounds like a really pissed off WRX. And the misfire is an easy fix. There are four coils in the engine bay that clearly haven’t been replaced in a long time. While the first owner was meticulous, the second owner was…less so.

What’s Wrong With This Poor Passat?

On the drive home, I compiled a list in order of severity:

Kicking Off the W8’s Restoration

As I ranked it highest on the list, I decided to tackle the sunroof first. To protect the car while it faced frequent rain before I could get to the local pick-n-pull, I taped some vinyl to the sunroof hole then covered it with a tent rainfly. It didn’t look great, but it worked.

My girlfriend tried to surprise me by getting the sunroof fixed while I was away at work. She learned in an amusingly hard way that one doesn’t simply find a mechanic willing to work on a W8.

Of the several dozen shops she called, only a few were even willing to see the car. Most shops declined to work on the car – even the sunroof, which isn’t unique – due to its rarity. And the shops that were willing to give it a try quoted her anywhere between $2,000 and $4,000. She did get TONS of offers from shop owners wanting buy it off me, though. If this were a flip I could quadruple my money right now! Apparently while none of the shops wanted to work on it, most of them wanted to buy it.

Once I found the time, my girlfriend and I went on an adventure to our local pick-n-pull to grab some sweet sunroof loot. I originally thought I just needed glass and the cradle the glass sits in. But upon inspection of the pieces at the yard, I discovered they’re all basically a part of one unit that slides along the track.

So we took the whole thing. Took me about 28 minutes in total to liberate the entire sunroof cassette from the yard’s car.

The ROW52 junkyard intake photos for the Passat I wanted showed it had some brilliant custom headlights that would absolutely pop in the W8. I underestimated how much people would need W8 parts in Chicagoland and the headlights where long gone by the time I got there. In fact, most of the Passats were already well picked despite being there for not very long.

Thankfully, this one had a practically untouched sunroof unit. If you’ve never been to a “pick-n-pull” type of yard before I highly recommend it. These yards are great fun and plus you get to go home with parts!

Removing the sunroof cassette was actually really easy. I removed the headliner, itself held on with some screws (the “oh crap” handles, mainly) and some weak glue.

$4,000 to do what I could do with a couple hours and $35? Nah, it just sounds to me like the shop didn’t want to do the job. That’s okay, I already have an independent for things I won’t do myself. For now I’ve simply fitted the glass in place and covered it with plastic. I’ll return later to install the full cassette, water drains and all. Then immediately after will be four coils and fixing the hole in the exhaust. No worries, you bet you’ll get to hear the music.

Replacing the seat, door, and trunk will take some time as I’ll have to find a black Passat for the trunk and door and a Passat with black leather for the door card and seat. If I’m lucky, that will all be the same car. I should also open the boot as well, considering the seller told me he left me goodies like brand new lights and tools in there!

Funny enough, the Passat W8 was never a bucket list car or even a dream car. I never thought of it as more than just “the Passat with a bigger engine” but my oh my was I wrong. This is exactly the kind of wacky car that belongs in my bucket list. So after it’s all fixed up it’ll join my Audi TT as a dream level car I’ll try to keep until it’s pried from my cold dead hands. 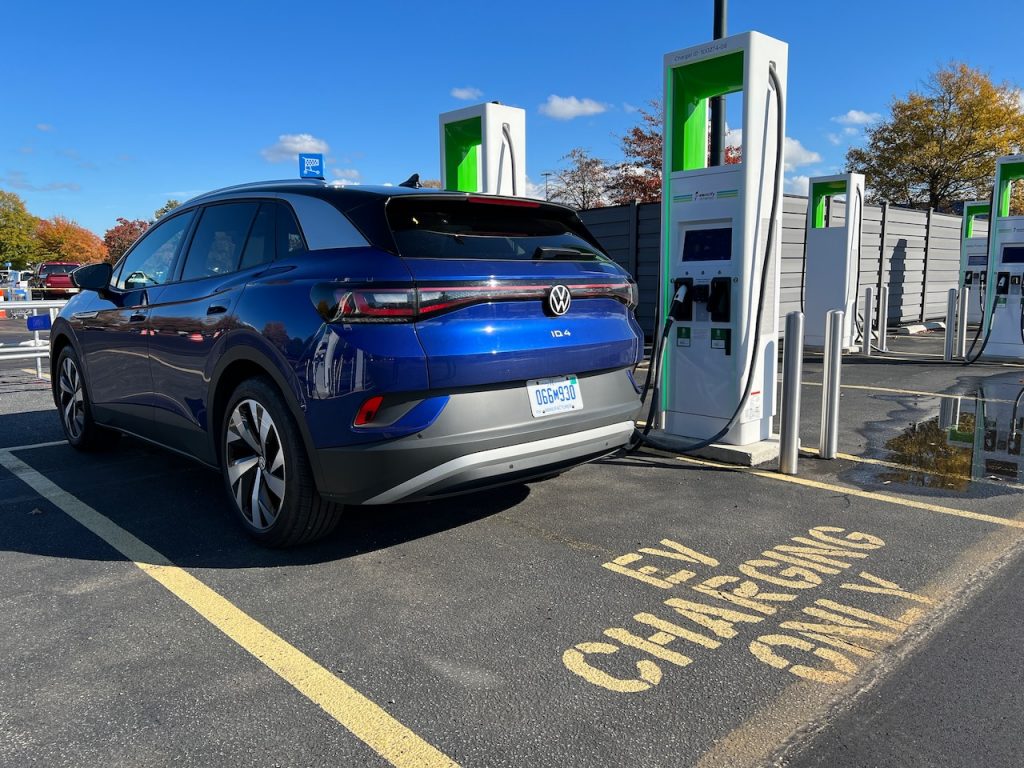