Noah is having a hard time finding something he loves to replace his 2006 BMW 330i, so he decided to create his own version of an Alfa Romeo that needs to exist.

And there it hung pretty on the branch, its ripe glistening red a siren call that Steve… or wait, Eve… yes, Eve could hardly resist. The rapture that its sweet juices might bring was almost too much to bear—the apple sang to Eve’s deepest desires. It was then that the Serpent slithered from the foliage. “Take a bite,” it said, “then your eyes shall be opened…”

I must admit I’m not a terribly religious person and maybe that isn’t exactly how the tale of Genesis goes. Nonetheless, it does closely parallel my shopping experience while looking to replace my 2006 BMW 330i. That apple — well, it’s an Alfa Romeo Giulia, and we might as well say the car is painted in stunning Rosso Competizione for the sake of the analogy. It seems fitting as well that the Alfa Romeo logo features a serpent consuming a man; Alfa’s PR team officially says that figure is triumphantly emerging from the snake, but their warranty claims department might say differently. I know a Giulia is likely a bad idea, but what can I say? I really want to see the light (let’s just hope it’s not blinking and amber).

Given my age, I was never one of the lucky ones to have experienced an Alfa Romeo sports sedan, or really, an Alfa Romeo in general. I was born two years after the company left the U.S. market in 1995, with its only offering being the 164. Although these were exceptionally cool cars powered by Alfa’s orgasmic Busso V6, you’re lucky to find one on Craigslist labeled as an “Alfa Romero,” let alone actually drive one. The closest I had ever been to an Alfa for much of my life was my friend’s father’s Spider. It, however, had been overtaken by actual spiders where it sat non-operational under a tarp.

As a lover of unusual cars, I was then happy to see Alfa Romeo re-enter the North American market in 2014 with the spritely 4C—not only because it solidified the marque’s rumored return, but also because the 4C had come to shake up a dying sports car market. It was exotic for its size, featuring a carbon-fiber tub, no carpet, and a radio that looked as if it were bought at Best Buy—everything you want from an Italian thoroughbred. Although quirky, the 4C was meant to breathe new life into Alfa Romeo, drawing on the marque’s romance, racing pedigree, and rich heritage. Sales were never spectacular, but reviewers praised the little Alfa’s sharp unassisted steering, punchy acceleration, and rowdy exhaust. Its frog-like appearance was never quite the Italian beauty I had hoped for, but as far as frogs go, it was still pretty hot.

Alfa Romeo’s return to North America was then somewhat of a complex success. Maybe they weren’t making a ton of money, but they were relevant again. On the global scale, it looked like Alfa was changing their recipe, preparing to cook up cars that were more than FWD rebadged Fiats. The stage was set for a more mainstream Alfa Romeo to wrestle its way into the hearts of 3-Series buyers. Yet being an Alfa, mainstream could never mean boring.

Enter the Giulia sports sedan in 2017.

I have never driven a Giulia, but I do vividly remember my first time seeing one; although maybe I should say hearing one, as the exhaust note far preceded the actual car. It was an unofficial launch-spec Giulia Quadrifoglio that came to a red light with snapping downshifts. I paused to admire the car’s sensuous curves accentuated by that aforementioned Rosso Competizione Tri-Coat paint. The greenhouse tapered to accentuate the muscular rear haunches, the menacing front headlights adorned an incredibly short front overhang, the aggressive stacked exhaust and functional vents alluded to the fact that this thing meant business. These were the aesthetics and proportions of a proper rear-drive sports sedan—scratch that, a performance sedan.

I stood there, watching the cross-traffic light go from yellow to red. Soon, the QV would get a green and the bespoke (cough, Ferrari-derived, cough) 2.9-liter 90-degree 505hp V6 would roar to life. It did, and it was intoxicating. As a longtime BMW enthusiast, these were confusing feelings.

The Giulia had arrived, offering us sports sedan-lovers something to actually be excited about. Even in its lesser TI trim, the Giulia is an attractive package. The turbo four-cylinder pumps out an impressive 280hp and rockets the TI to 60mph in a Car and Driver tested 4.6 seconds. As my E90 330i creeps up in mileage (it just passed 152k), I can’t help but feel the serpent calling me to an Alfa Romeo Giulia. Even though I know it might hurt me, I still want it. Badly.

That is where my little creation above comes in: the Alfa Romeo Giulia Colli, or Sportwagon if you’re boring. The Colli name comes from Carrozzeria Colli, a Milan coachbuilder that converted Giulia sedans into estates throughout the 1960s and early 70s—it also rolls off the tongue better than Carrozzeria Thanos, but I digress.

In creating my contemporary rendition of the “Colli” Giulia wagon, I drew inspiration from another famed Italian coachbuilder, Zagato. On my Giulia wagon, the C/D pillar appears as an “X,” formed by character lines that connect the corner of the rear quarter glass to the corner of the rear windscreen. This unique greenhouse is a prominent Zagato design cue seen as far back as the Aston Martin DB4GTZ and more recently on cars like the Ferrari 575GTZ. The latter also features Zagato’s iconic double-bubble roof, which I emulate on my Giulia wagon with a bowed spoiler and pinched rear windscreen. Since the Stelvio has extinguished any chance of a new Giulia wagon, I figured I might as well lust after the most extreme version of this fantasy Alfa; green with a roof box—why not?

Like the apple, a real Giulia Colli wagon would be ruinous for Alfa Romeo who is already struggling with stateside sales. I think the problem is that for many of us, the Giulia -or any Alfa Romeo – is that car we’re supposed to avoid. The marque’s history of poor reliability and questionable quality means that a Giulia, although alluring, is up against more ‘practical’ competition. In a sea of increasingly numb sports sedans, however, the Giulia stands out. I personally can’t get it off my mind.

Call me Steve, but I’ve decided that I’m willing to turn a blind eye to the flaws of something brilliant, gladly watching my wallet go up in flames with a smile. With that said, if I am going to take the Giulia plunge and forgo the ease of owning a 14-year-old BMW, I ask one simple question: why not do it with some cargo space? 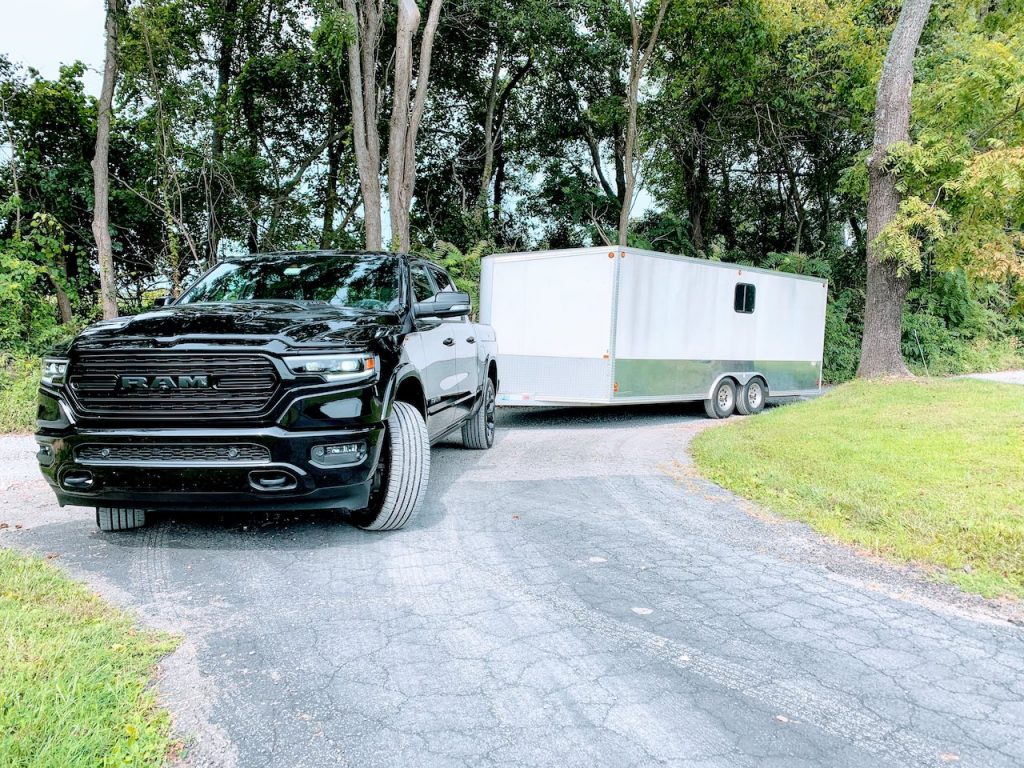