Mention certain makes and models to enthusiasts and you’ll get an eager response, followed by a “oh, but they’re not that reliable” or “well, they just sound so awful to work on.” Vintage Rolls-Royce and Bentley cars are two of those – they hold an appeal for those who want a neat, now-offbeat luxury car that’s different from your run-of-the-mill Mercedes-Benz S-Class. I recently caught up with Austin Gastrock, who purchased a 1994 Rolls-Royce a year ago and set out to make it his daily-driver. He added over twenty thousand miles to the Rolls in that first year.

Keep in mind, as with many older cars, the more willing you are to pick up a wrench and turn it yourself, the easier the ownership experience will be on your wallet. Gastrock’s 1994 Rolls-Royce ownership has been attainable as a result of his DIY attitude.

“I can now officially conclude that I don’t understand why people think these [Rolls-Royces] are unreliable vehicles,” said Gastrock. “After 1 year, mine has traveled 23,000 miles without much to speak of. If you are considering an older Mercedes-Benz or Jaguar, I encourage you to look at an SZ-chassis Rolls-Royce or Bentley. The 1987.5 through 1989 models (called the 20,000 series) are some of the most reliable vehicles to roam the earth, from any manufacturer.”

It’s worth remembering that at 26 years old, the rubber bits throughout the vehicle are – frankly – old. This isn’t a Rolls-Royce problem, but something to be aware of. Owners should plan on changing them unless there are records to indicate replacement.

In Gastrock’s case, he dealt with a few big repairs in the first year and 23,000 miles with his 1994 Rolls-Royce. The O-rings on the end of the fuel rail were leaking, a job that required removing the intake manifold and “clearing everything down to the V,” replacing everything rubber while he was in there. He claimed this was a full (long) weekend job, and recommends replacing all sensors in the thermostat housing as well as the thermostat – as well as the head gaskets on a turbocharged car. Truly, it’s a “while you’re in there” sort of service.

Gastrock then turned his attention to the front end of the Rolls-Royce. His front suspension was “fully baked,” fixed with new shocks, new springs, new rubber bushings and an alignment. All is well. He also spent $700 and a day of his time to repair a leaking steering rack, a common issue as the cars age. He claims it’s important to never turn the steering wheel when the car is stationary.

As far as more routine maintenance, the brake pads were replaced due to wear, and the alternator and A/C compressor due to age as preventative maintenance items. Gastrock also replaced the fan clutch, claiming a working clutch is “supposed to be every bit as annoying and obnoxious as the cooling fan in the Land Cruisers and [older] GM trucks and SUVs – but they work well.”

Gastrock plans to keep an eye on the hydraulic system next. Nothing leaks, he said, but the accumulators for the brakes are due for replacement within the next year. Additionally, the water pump and radiator will be replaced as safety items before his drive to San Diego next summer.

“BuT ThEy aRe So UnReLiAbLe” – Dispelling Rolls-Royce Ownership Myths

“Really? Why? Tell me what makes them unreliable. Frankly with good fluid upkeep, these will keep up with a Lexus on the reliability charts,” says Gastrock.

Rolls-Royce used a 6.75-liter all-aluminum pushrod V8 with timing gears – yes, gears – no belt or chain – to power their cars. Gastrock says this big V8 doesn’t like new-style coolants, so you’ll have to stick with the old style green stuff and change it frequently. Turbo models can blow head gaskets. This is supposedly a “less traumatic job compared to doing a head gasket on an overhead cam car,” however. His 1994 model is electronically fuel injected and has coil-on-plug ignition all managed by Bosch Motronic 3.3. Earlier models have CIS injection managed by Bosch Motronic 1.3, and the pre-1990 models have traditional CIS. All of these Rolls-Royce cars use General Motors automatic transmissions, either a TH400 three-speed, or a 4L80E four-speed.

The braking system is different, but not at all problematic, says Gastrock. The system uses mineral oil, which is non-corrosive and is not hygroscopic (it doesn’t absorb moisture as traditional brake fluid does). The brake pumps are driven off of extra cam lobes on the engine, and pump accumulators run up to roughly 1,600 PSI. When the driver presses the brake pedal, the pressure releases to the calipers and the car stops. When the driver releases the pedal, mineral oil returns to the reservoir and the accumulators restore to ~1600 PSI. Brake calipers can be resealed and hoses are easy to replace. This mineral fluid system also operates the rear self leveling.

Gastrock’s 1994 Rolls-Royce has a suspension called “Active Ride” which is similar to Mercedes ADS. Each shock has a few solenoids that can stiffen or loosen the dampening rate based on current conditions and steering input. It works well and never shows any body roll or nosedive when stopping, he says. Pre-1989 models didn’t have this but were allegedly a bit more boat-like in their handling. Suspension rubbers and bushings are expensive and should be replaced with OE parts, says Gastrock. Ball joints are intended to be rebuilt, not replaced, and can be shimmed to tighten them back up as they wear.

Fuel economy of Gastrock’s 1994 Rolls-Royce is in full-size SUV territory, achieving about 12 miles per gallon in the city and about 17 on the highway. The Rolls-Royce requires premium fuel and has a 28 gallon tank.

This all sounds… not so bad. Gastrock claims the downside is in the prices of parts. Crewe genuine parts are “absolutely gut wrenching.” Some items can be found with high quality on the aftermarket, but suspension and hydraulic parts should be replaced with original equipment.

Mileage, Gastrock claims, is entirely dependent on how well the car is maintained.

“The record mileage put on a 6.75 without a rebuild was a guy here in Texas who loaded 1.4 million miles on his 1979 Rolls-Royce Shadow. The vehicle died by getting rear ended by a semi-truck and the owner walked away unscathed. Talk about a luxury.”

Thanks, Austin, for sharing your ownership experience with us! 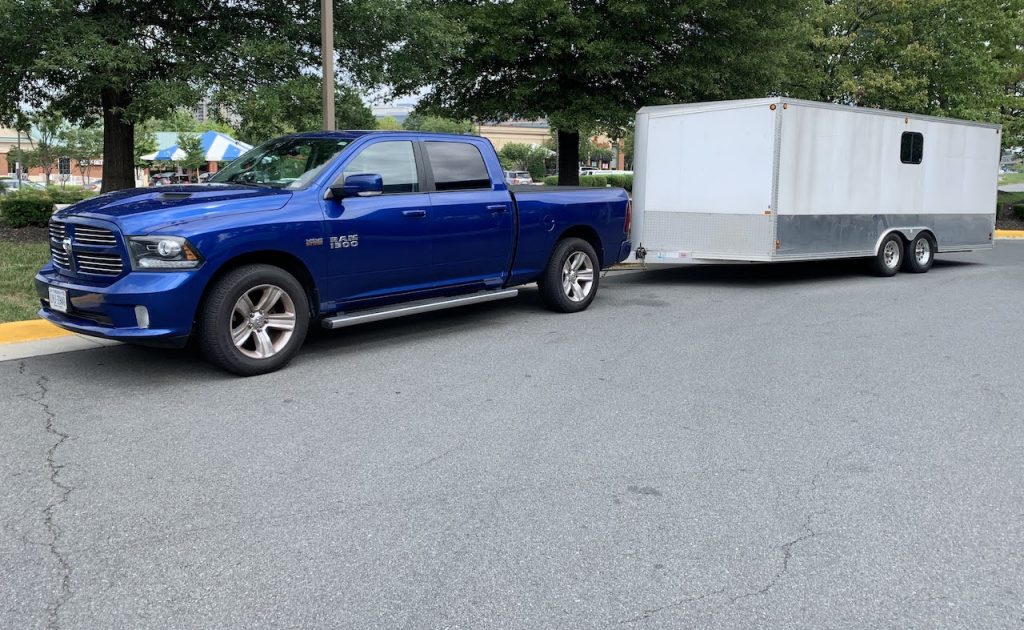 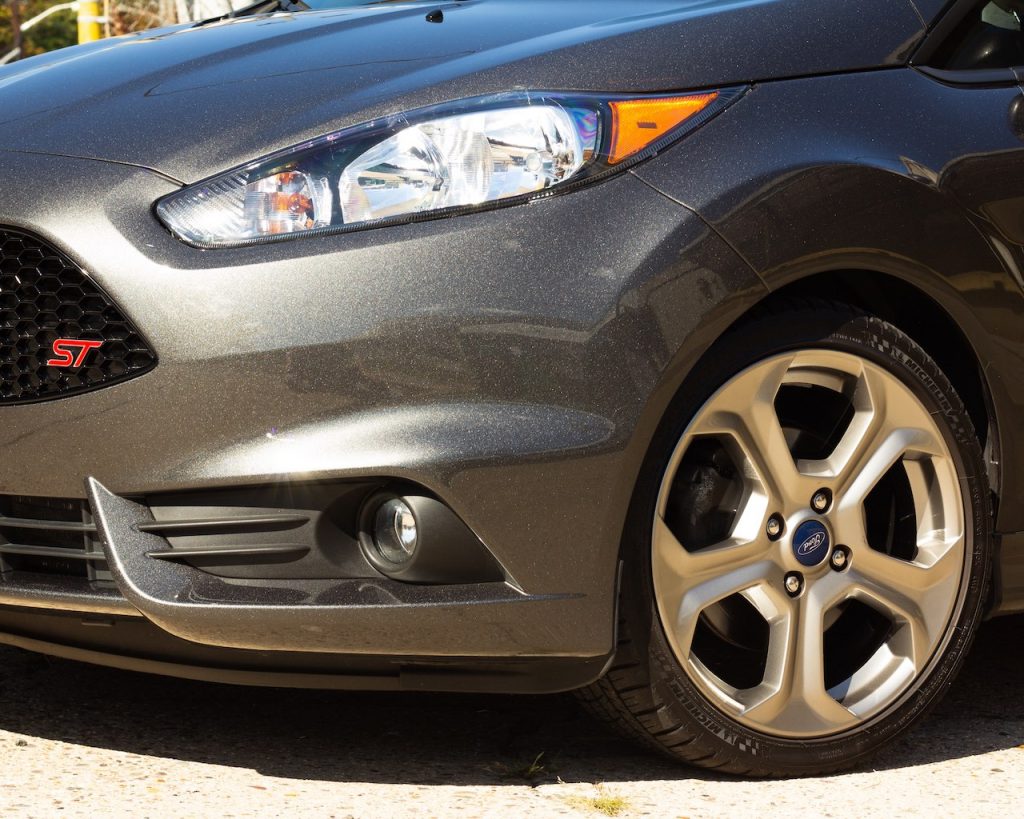