Prowling the streets of small-town Braselton, Georgia, low, burbling exhaust notes are heard resonating off of buildings and passing cars. With the windows down and the glass T-tops removed, I get a sense of open top motoring and freedom. Freedom from distractions, blinking lights and buzzers. Just a steering wheel, a couple of pedals and an engine as reliable as the Rock of Gibraltar. Idling at a street light, the punky V8 gently rocks the car, eager to get this show on the road. My left arm is casually, comfortably hanging out and over the door of the 1986 Oldsmobile 442.

Watching the opposing street lamps go from green to yellow to red, I ready my right foot for my own green light.  The light gleams and I nonchalantly bury the accelerator, chirping the rear wheels as the BFGoodrich tires find traction and we take off. First gear winds out quickly, second hits firmly and keeps the 307 cubic inch V8 in its power band. The tight ‘Positraction’ differential helps this normally anemic engine pull hard for Daddy. Letting off the throttle, the 442 settles briefly into third before finding its home in Overdrive.

What would be considered a slow car by modern-day standards was actually… still a slow car in its time. When Oldsmobile created the ‘442’ moniker back in the early 1960s, horsepower was the first and last word of its purpose. “Let’s stuff a big-block V8 into a midsized car to make a proper muscle car,” mused Dr. Olds. Through the decades, however, the 442 name changed its meaning and purpose to the point where it was no more than a glorified emissions-choked sticker package.

This G-bodied 1986 Oldsmobile 442 is almost the same case, making an unimpressive 180 horsepower and 225 lb-ft of torque from a 5.0 liter V8. However, GM turned some new tricks with a drag-racing-inspired 3.73 ratio rear end and a quick-shifting 4-speed automatic. Sure, it was the equivalent of stuffing a pair of socks in the front of your tight-fitting jeans, but the illusion worked.

By the time the 1980s rolled around, the American car market had changed drastically. Gone were the days of high-powered land barges. Insurance companies, gas crunches, and safety regulations sucked away the ecstasy of the American muscle car as it was. Rear-wheel-drive mid-sized cars were beginning to be phased out for more compact, efficient, and “European-inspired” offerings. Left at the end of the road were cars like this 1986 Oldsmobile 442, Chevrolet’s Monte Carlo SS, and Buick’s Grand National GNX. Each a swan song from its engineers and final goodbye to the world where dinosaurs once roamed the Earth.

Many of the world’s cars, both new and old, are about as passion-filled as an old lady licking a stamp. As a result, marketing departments trying to create an image of a “lifestyle” for each model they sell. And to their credit, Oldsmobile hit the nail on the head with the image created for this 1986 Oldsmobile 442. If you weren’t wearing denim, a trucker cap, brown leather cowboy boots, and sunshades the likes of Burt Reynolds “The Bandit,” then you weren’t right for this car. I honestly get the feeling that this car is a bit… lecherous. It’s a smooth talker with only one thing in mind, and that’s to get you inside.

Aside from something as audacious as a holographic bird screaming atop the hood, this black and silver coupe is about as shouty as it can be. The paintwork is separated by a thin gold pinstripe that circles around the car. Its Oldsmobile ‘Rallye’ wheels are inlaid with gold paint and even the beauty rings have a gold pinstripe. Its “442” badging is also bright gold. If a miner from 1864 saw this car, he’d go nuts over the amount of gold accents slathered across this car. Despite the tri-tone exterior, the 1986 Oldsmobile 442 remains an extraordinarily handsome car, with modest chrome trim and color matched sport mirrors.

Moving inside, the interior of this 442 is very plush by 1980s standards. Upholstered in a dark burgundy red with imitation wood trim adorning every panel, it feels exceptionally parlor-like. Full mechanical instrumentation is placed directly in front of the driver, keeping vital signs within easy glance. Four-way electrical adjustable seats allow for most anyone to find a position comfortable and the console-mounted gear selector falls right into hand. The two-spoke steering wheel is adjustable as well, leaving no excuse to not find the best driving position. My favorite feature, without a shadow of a doubt, is the HVAC vent layout. General Motors placed one vent directly under the steering wheel, quickly given the nickname “the ball chiller.” Equipped with a factory cassette player and AM/FM radio, the Olds 442 makes for a great boom box as well.

The floaty suspension of the 1986 Oldsmobile 442 wafts lazily down the road but holds decent composure in the turns. Sure, you wouldn’t want to take any of them fast – it’s no canyon carver – but it is far better than its predecessors. The brakes are discs up front and drums in the rear, with just enough bite to not make you leave a tire track in your Fruit of the Looms. Fuel economy is around 11-15 miles per gallon. Ultimately, the 442 is a terrible performance car. With a 0-60 mph time around 9 seconds, you won’t be winning any races, short of a runaway shopping cart or lady with a stroller.

But that’s really not the point of this mighty mouse muscle machine. The 1986 Oldsmobile 442 is a lifestyle automobile. It’s a swinger. A bar-hopper. It’s a T-top toting, cat-calling, rubber-smoking dinosaur. It’s a beer-gutted bar brawler, smoking Pall Malls and putting back rye whiskey. This Oldsmobile 442 was the last of its kind and in the end, captured the spirit of what the General Motors G-Body was all about. Rebellious fun. Now go put on a Miller High Life trucker cap and punch a guy over a billiard game. 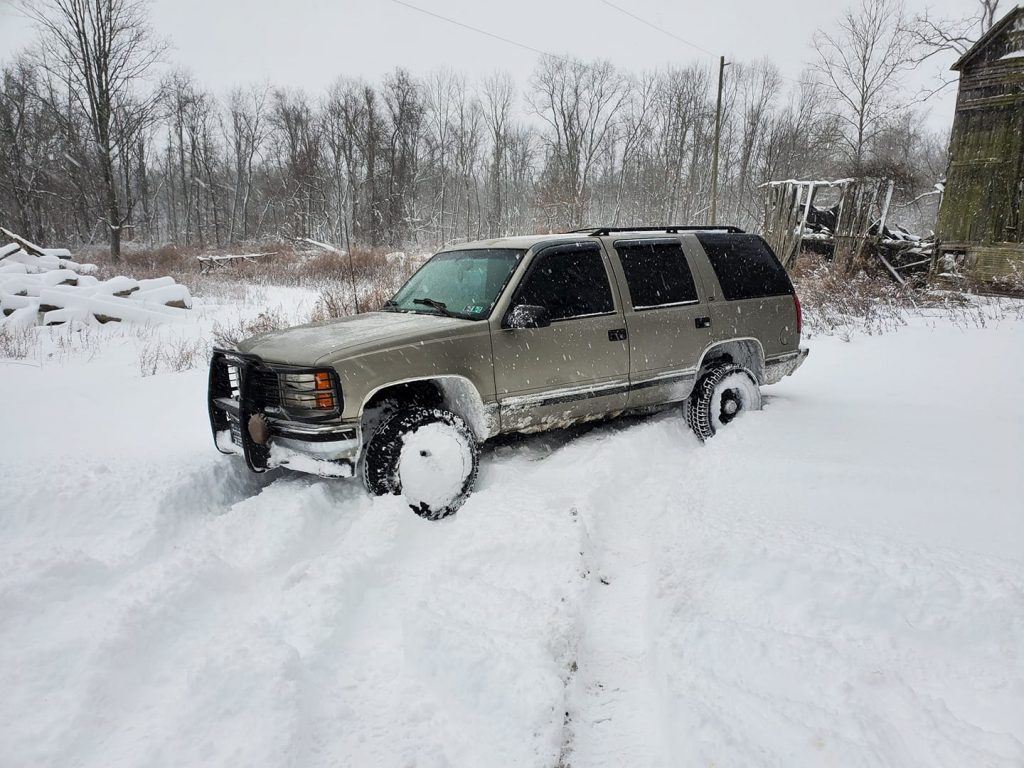