We love sharing our own adventures, but we can’t do any of this without readers like you! So, we’re also sharing the stories of our followers. Want to share yours? Click here.

What do you drive?

What got you into cars, and when?

CW: “My dad is in the automotive industry and we were always doing the buy, fix, sell thing. As a result I was always driving $100 cars and really got into cars as a way of keeping my crappy cars running as long as possible. It was out of necessity that I got into cars. Anytime someone in the family got a cheap car it was given to me for a few months to work out the bugs and I got real good with diagnosis on the side of the road using basic tools.

I did an engine swap, suspension upgrade and full interior on my Audi 5000, engine tear down and rebuild on a Ford Mustang, cut up a bunch of cars for court props, stripped a bunch of wrecked cars for parts for sale. Done a few mild restorations and a few CoPart “salvage to street legal” builds. I’ve done a little bit of everything learning each time as I go.

I was once traveling cross country with my sister in her 1988 VW Rabbit convertible that my dad and I had pulled out of the woods and built a month prior. It was fine for the two weeks I drove it to shake it down, but once we got on the road it broke down every day. We were able to keep the car going using the limited tools we had until we picked up a bad tank of gas somewhere on the Kansas/Colorado border with a bunch of sand in it. We wound up leaving the car at an awesome shop in Denver and flying to Los Angeles. I don’t drive anything my father has worked on anymore :-)”

CW: “I got Frank, my 1987 Audi 5000, from the son of the original owner. She was tired of getting stuck in the snow in the ’80s in her BMW 7-series and one day couldn’t take it anymore and traded it in on the Audi 5000. When she and her husband retired, they bought a pair of new cars, everything in the family shuffled down, and this was at the bottom. They offered it to me for nothing. The car sat until I graduated high school, and then I drove the car stock for about a year and a half.

I don’t quite remember how the conversation started about putting a better engine in, but I do remember having a 2001 Audi A6 on a lift next to the 5000. Then the wheels started turning. I watched it happen on my Dad’s face and he got a tape measure and went from bell housing to the center line on the rear differential on the A6 and then the 5000. The measurements were the same, 280 centimeters is forever burned into my brain. Anything was better than what was in there, the original 2.1L non turbo 5 cylinder made 115 horsepower when new, and my example had somewhere between 400,000 and 500,000 miles. The true mileage is unknown. The odometer stopped working somewhere early in the Clinton administration with over 200K on the clock.

My dad and I had toyed around with a couple of ideas and had almost settled on using a 1999-2001 manual-transmission Audi A6 drivetrain when a wrecked Audi URS4 fell into my life. This was the best and right choice for the car. The electronics were simpler, the block was a bolt-in to the subframe, and I could retain my locking rear differential. I’d lose the locking center diff for a Torsen unit, but the benefits outweighed the drawbacks, and of course I’d get to keep it as a 5 cylinder.

I went to go pick up the wreck in the family “pickup truck,” a 1993 Dodge Grand Caravan towing a two axle car trailer with no lights or working brakes, halfway across New Jersey. When I arrived, the owner and his roommates helped with loading the car onto the trailer. The UR didn’t run and getting it onto the trailer was afeat in backyard engineering I wish to never repeat again, involving a couple of floor jacks and some tree stumps. Several hours later it was loaded up and I was my way home.

Another hour of white-knuckle towing up and down some switchbacks, the wreck was safely at my parents barn. The donor URS4 had been hit very had from behind and slammed into the vehicle in front of it, breaking the upper timing gear. We hoped that it hadn’t jumped time, but that is not how my life works and all 20 valves were bent. So we pulled the head, ordered new valves and seals and an engine gasket set. We then stripped the URS4 for every useful nut and bolt before having its carcass towed away for scrap. We moved the 5000 into surgery and started to pull the exhausted drivetrain out of it. We were able to start the car after about a year of Sundays. I had guidance from my father who is a master tech but he tried to only help when I really needed it.

Most of the parts on the car are Audi parts, just not from that car. The front seats are from the URS4, and short of wiring, they were a direct bolt in. The door panels and instrument cluster are from an Audi 5000 turbo, the speakers and amp are from a 2001 A4, lower radiator support is from a V6 Audi 100, we made the radiator mounting tabs out of an aluminum spare tire jack, and the radiator came from a 1999 Passat. When we were building we just kinda looked around the barn at the mass of car parts and went “that looks like it’ll fit” and we used that. If we couldn’t find something to work, we’d make it. It is definitely a rat rod and I hope that I never get a head injury and forget what I used.

When I finally had the car registered, my Dad confessed to me “your mother and I never thought you’d finish this.” Thanks Dad. I remember the first couple of weeks on the road there were some small problems, including a stuck relay draining the battery, but nothing really major, just minor overlooked things.

After about seven months on the road, I was merging onto the highway and was somewhere between second and third gear at redline when my serpentine belt shredded and wrapped itself around the timing belt and bent all 20 valves, again. So it was back to surgery. To date I have had the cylinder head off the car four times and the last time I did it, I had it sitting next to the car in 45 minutes, it was an ugly 45 but it got done.

During what I hope will be the last engine tear down ever, I decided to refresh the bottom end, new bearings, piston rings, a gentle hone to the cylinders. I had had it apart so many times at this point I never wanted to see the inside of that engine again so I replaced everything serviceable. Short of the crank bearings, the inside of that motor was pretty clean after 200K. After that, the car was actually pretty problem free and was my daily driver for almost 8 years. I probably put another 100K on it doing nothing but maintenance.

After the eight years, I started school again and was commuting 60 miles round trip daily. I needed something better on gas, so the 5000 got parked and that is when the real fun started. I had purchased a 1990 Audi V8 which is built on a modified 5000 platform. The V8 had some things I wanted. It had a much better looking front end, it had a Torsen rear diff, heavier-duty springs and larger vented rear brakes. With the 5000 not being my daily driver, I was able to experiment with it and not have to rush to get it back together for work on Monday. I yanked out the GM-designed HVAC control head and put in a simple cable version out of an Audi 80. Sanded down all the V8 suspension bits and painted them and in a long weekend swapped the entire suspension and rear brake set up. The car sat for a few weeks while I was trying to find a front driveshaft, the splines were different between the cars and I was able to make one from the parts I had but had to suck it up and buy the other one from a junkyard.

I had sanded and primed the whole nose of the V8 and spent a weekend swapping it over trying to get the car ready for Dubs on the Delaware in 2011. I drove the car there with the nose in primer and thats the way its been since. I kinda like it. Eventually the plan is to tear the whole car apart and do a restoration, but until then I am gonna keep it ratted out. It’s a blast to drive, when you plant your foot in it and the turbo kicks in it makes this noise that is just the best, the turbo is screaming the whole car is squeaking and flexing around you. Makes me smile every time.” 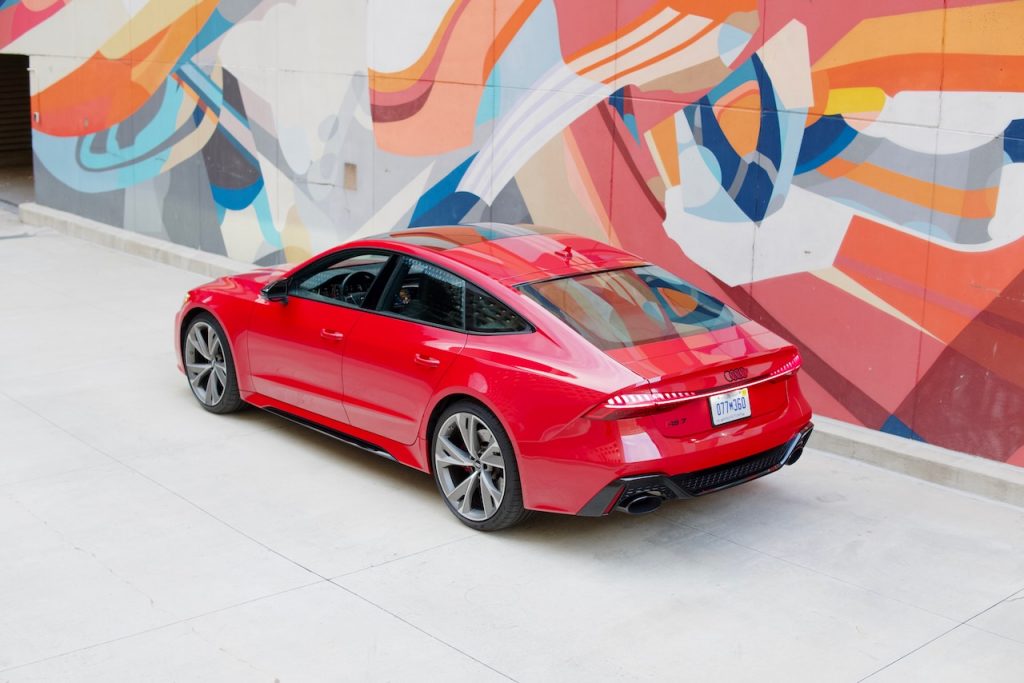 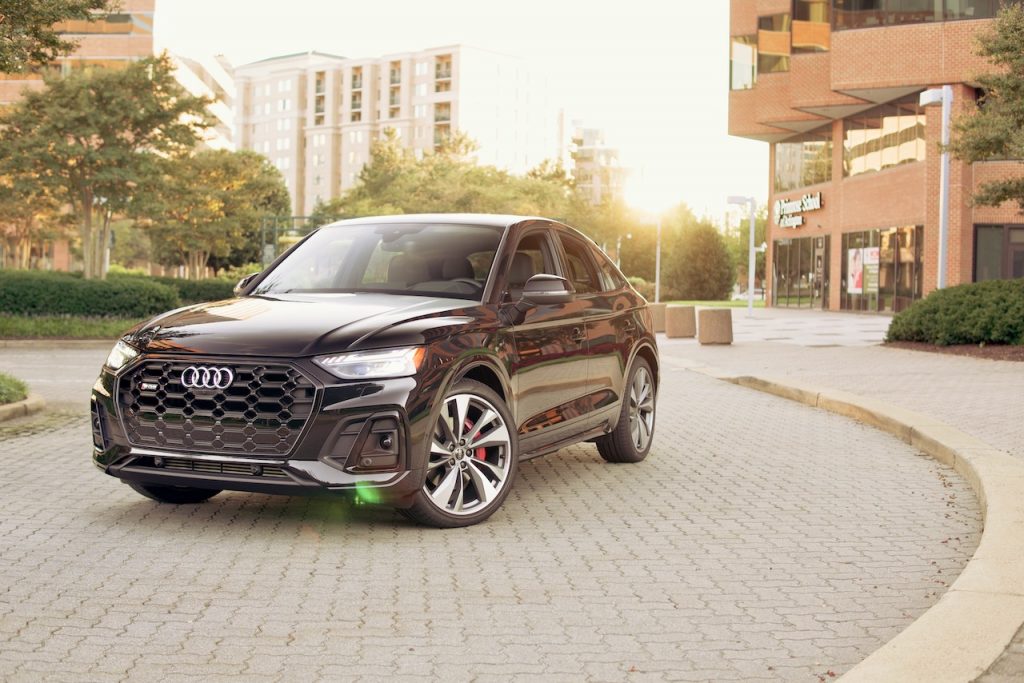 2 thoughts on “Humans of Out Motorsports: Chris West”