My coworker texted me a few weeks ago. “Hi Jake, do you know any good body shops? I just had an accident. I’m okay but can’t really drive the car.” Her 2006 Infiniti G35 coupe was wounded, but she was fine. The collision was at slow speed, she said, and no airbags deployed. I recommended a body shop and didn’t think anything of the Infiniti otherwise.

The follow-up conversations, though, revealed the G35 was considered a total loss by my coworker’s insurance. I still didn’t think much of the G35 and offered some thoughts on what could replace it. Finally, though, I received an email with photos from the insurance adjuster.

“This doesn’t look too bad,” I thought. The damage appeared mostly cosmetic and was contained to the front left corner of the car. I sent the photos to my friend Jeremiah, who works on Infinitis and Nissans for a living and knows the G35 very well. He echoed my sentiment that just maybe, this Laser Red G35 coupe could be saved.

The buyback price from insurance was quite low, so I took a somewhat-calculated risk and committed to purchasing the totaled Infiniti G35 from Dionne. If the repairs don’t work out, I can likely part out the car and still make a bit of profit.

Purchasing this car did not fit in to my schedule very well. I’m in the middle of a busy couple of weeks at work and have two weekend trips planned back-to-back. If I wanted to purchase parts for this car, I knew I had to move quickly.

Before even seeing the G35 in person, I met up with Jeremiah on an oddly-warm Saturday morning and we set off for our local junkyard. Northern Virginia Auto Recycling allegedly had five Infiniti G35s in stock, but we stopped at the second car we found. The black 2006 G35 coupe was almost fully intact and had “Impound” marked on the windshield. It had not been wrecked, but was sold to the junkyard after sitting in a police impound lot.

We had every part I needed removed from the car in about an hour. I purchased the hood, left fender, core support, crash beam, and driver’s headlight for about $275.

The insurance report also claimed the G35 needed a front left strut. Rather than removing the leaking strut from the junkyard car, I elected to purchase a “suspension knee” from a dismantler on eBay. The knee includes the strut alongside the control arms and other components, all bolted together for easy installation. This cost me another $200.

I met the tow truck driver in a local Target parking lot, with my empty enclosed trailer at the ready. My initial thought was to use my trailer’s onboard winch to slowly pull the Infiniti inside. Naturally, the winch put up a fight and refused to operate.

The tow truck driver hooked up his jump box and the G35 started on the first try. Thankfully, I was able to drive the car – very carefully – in to the trailer.

After parking the trailer, I went back to work feeling a bit restless. Northern Virginia was in the middle of a warm weather streak, and I had no plans that evening. My friends nearby said I could use their garage for the initial teardown, and one of the three was going to be home that night. I left work and drove, for the second time that day, to the trailer lot.

Zach and I got the G35 pulled in to the garage and started unbolting the front end. Everything came off with ease. As so many workshop manuals say, “installation is the reverse of removal.”

Sure enough, it didn’t line up at all. The fender “apron” is pushed about an inch out of alignment. This G35 clearly needs some time with a professional to be made square again. Zach noted how easy it would be to pull the engine with the front end of the car removed. I didn’t want to give up that easily and called Jeremiah.

What’s Next for the Totaled Infiniti G35?

I’ve now got plans to bring the G35 to Jeremiah’s friend’s body shop tomorrow evening. His friend will pull the driver’s front corner back in to alignment, which will allow the new body panels and core support to bolt up properly.

Once everything is squared up and new body panels are installed, I’ll get the front left suspension knee installed. That will get the driver’s front wheel re-centered in the wheel well.

Given the new body panels are painted black, the car’s final stop will be for paint work so everything will be a matched shade of Laser Red.

More to come as the story of this totaled Infiniti unfolds (and ideally, re-folds exactly how it should). 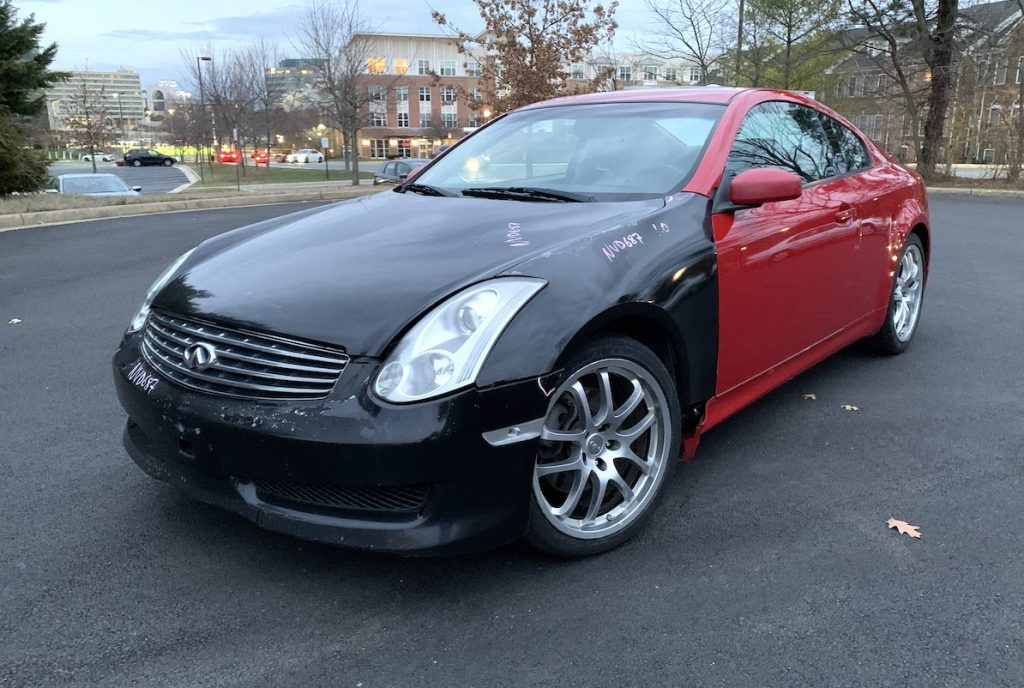 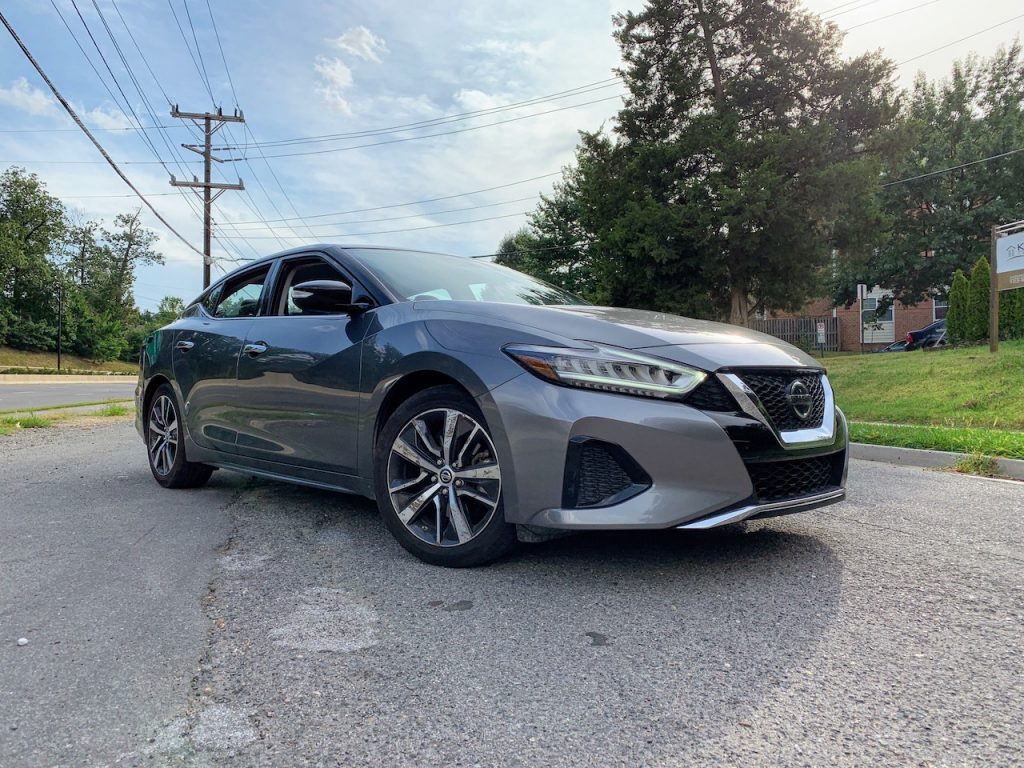