A Gambler 500 Rally is really rough on a vehicle. It’s amazing that a $500 junker, one pothole away from death, can survive it. Logically, you’d want a disposable off-roader for one of these rallies. I chose my daily. But it wasn’t just any daily, it was the smart fortwo I bought brand new. I constantly get asked why I rally such a strange vehicle and not, say, a Jeep. Well, this is that story.

On March 6, 2012 I brought home my dream car. It was a brand new 2012 smart fortwo passion coupe with only 10.2 miles on the odometer. The only options it had were automatic headlights, automatic wipers, an optional colour, and optional wheels. It was basically a lower-end “passion” trim, but I still fell head over heels for the smart. I named it Tucker, after my childhood hero Preston Tucker.

It took no time at all for me to start racking up the miles. By the time my smart fortwo was two years old I had 40,000 miles, 20,000 more than my lease allowed. I wasn’t concerned, though, because I had planned to buy out the lease from day one.

A common refrain around the car world (even in smart communities) is that smart fortwos are fragile and not useful for anything but parking. Through my years of research and now ownership, I knew they were capable cars and wanted to prove everyone wrong. But my smart was my only car, and I couldn’t do anything crazy in case I did actually hurt it. I took baby steps when I got a tow hitch installed. I thought I’d never use it for more than a bike rack or maybe towing a very tiny trailer, but that was soon to change.

In mid-2016, the little car caught fire. By my best guess, the oil filter failed, spraying oil all over the engine bay and – most critically – the catalytic converter. The car burned for just a few minutes before extinguishing itself. But it was enough to render two of the car’s three cylinders inoperable.

A Smart Monster is Born

Through a series of very fortunate events, I was able to buy the best version of my little dream car, and kept the “dead” smart as well. Over the subsequent months I brought the dead car back to life, running better than it had before.

I finally decided to prove to the world that a smart is no pushover. A smart can do anything a “big car” can do, and have more fun doing it. Little Tucker was now called ‘Tucker the Rallysmart’. I kicked off the build by installing comically-huge rally lights to the front service flap.

My first test of the little fortwo’s strength was towing a U-Haul AV trailer that, when loaded, weighed almost as much as the car. The little car hauled (and stopped) the weight like it was no big deal.

My thirst for proving the smart’s prowess was still unfulfilled, so a year later I decided to up the ante. I joined an online rally group for the Illinois Gambler 500. The intention for my first Gambler 500 rally was to off-road a Chinese clone of a Honda Ruckus scooter. But when my Ruckus plans fell apart at the literal last minute, the smart was drafted into duty.

And it did awesome.

About as far From the City as can Be

The first stop on the Gambler 500 was an awesome offroad park called ‘The Cliffs Insane Terrain‘. It’s a park that lived up to its name as at least half the vehicles that entered the Cliffs didn’t come out the other end. Everyone thought I was crazy for taking the little car out there. Their bewilderment quickly turned into amazement as the little car didn’t just survive on the trails, but thrived.

Where 4×4 Jeeps got stuck, I used the car’s tiny footprint to navigate around the holes. Where other cars lost axles or fell apart, the little smart putt-putted through like it was no big deal. And the rock wall challenge at the end of the park? My smart’s lack of overhangs and short wheelbase meant I was one of the only vehicles to get down the wall without underbody damage… or any damage at all, really. The car did so well I did two laps of the park!

I was out there trying to show how good smarts can be and the car impressed me, along with everyone else.

Madness continued through the weekend. The little smart showed its strength by towing a loaded Ford F-250, dancing through mud that got other cars stuck, and serving as the guiding light that saved a conga line of cars stuck in a dark forest. So long as you didn’t need four wheel drive, the little smart went anywhere an actual off-roader did.

The damage report from my smart’s first time off-roading? Mud and scratches. Scratches are sort of inevitable when you’re off-roading between trees and getting into very tight spaces. The good news is that scratches (usually) buff out. The mud caused a bit more damage as I wasn’t able to get all of it off. It accelerated the rust on my rear axle reluctor rings, permanently disabling traction control, ABS, stability control, and hill start assist. In other words, the mud made the car better!

In early 2019, the smart took on the Memorial Day Illinois Gambler 500, alongside a Honda Elite 150D. While the scooter may have overheated and died with a tappety engine, the only damage sustained by the smart was some scratches on the tow hitch. The Memorial Day off-roading wasn’t quite as extreme as the prior Fall run, but it involved deeper mud, higher speeds, and big ruts. The smart still held its own and provided many smiles for miles.

And yet, these two rallies wouldn’t come close to the challenges the car – and myself – would face next! 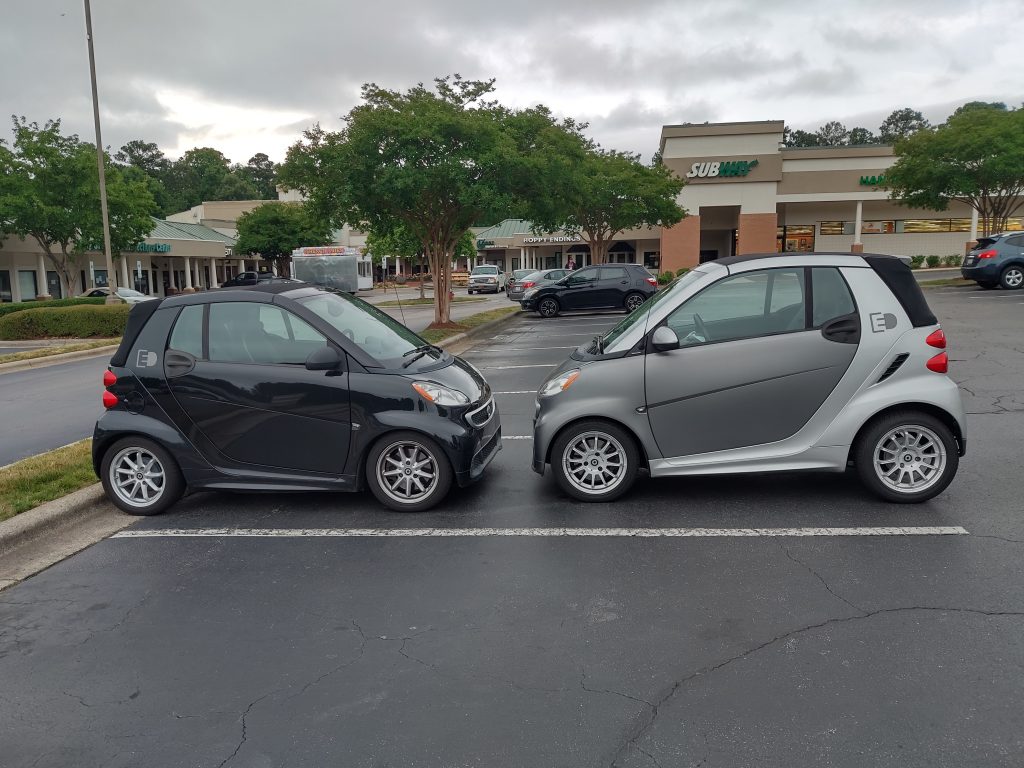 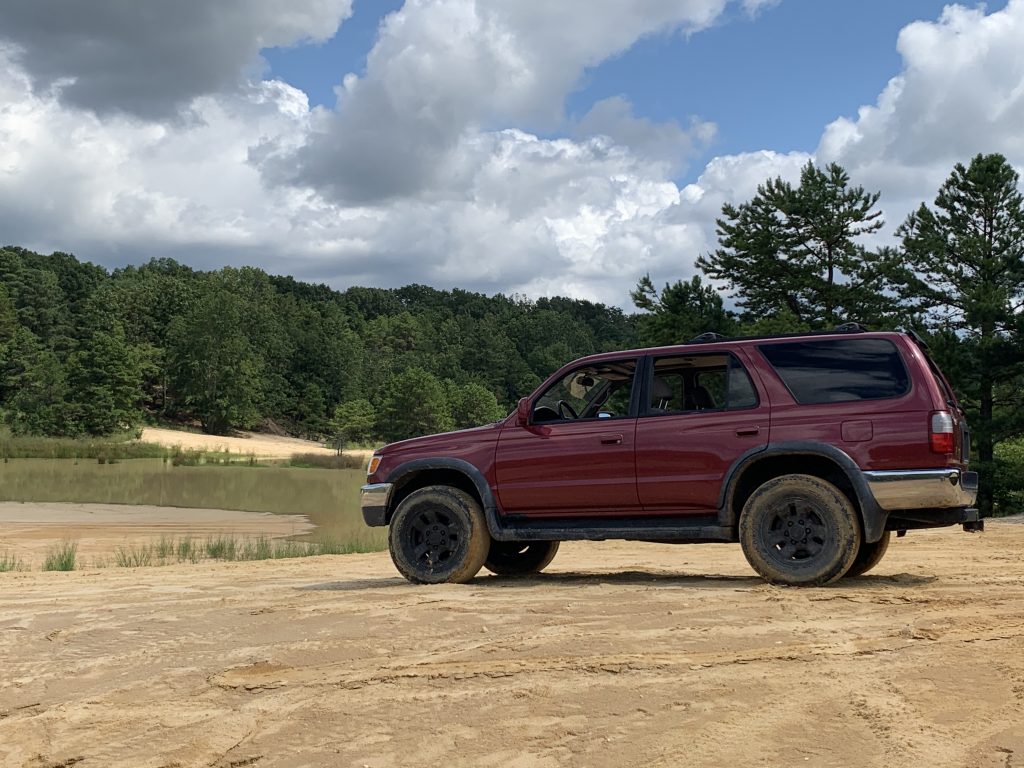