When NASA Mid-Atlantic released our 2018 schedule at the end of last year, there was a new track listed as part of the lineup – Pittsburgh International Race Complex, or “Pitt Race” for short. Turns out, Mid-Atlantic leadership collaborated with NASA Great Lakes to put on a joint weekend, and race points would count toward a regional championship. Pitt Race is the evolution and re-imagining of BeaveRun Motorsports Complex, which first opened in 2002. While the new Pitt Race only opened last year, I had heard great things about the track and facilities from a few friends who made it out in 2017.

Thankfully, my E36 was all fixed up and ready to go. I have to thank Mark and his crew at Fairfax Collision Center for all of the body work, and Freddy and Galen at GTPeace for the couple of mechanical fixes. Both teams got the car back together in the nick of time, and I picked it up on my way out of town that Friday morning. After loading up at GTPeace, I met Ryan, Jake and Tom at a nearby Chipotle and we hit the road with Pittsburgh, PA in our sights.

The tow to Pitt Race was not any longer than my typical trip to VIR – about 250 miles. We did get the privilege of spending a lot of time on the Pennsylvania Turnpike, going through the Allegheny Mountains. Between the tolls, very narrow road at points (construction and no shoulders), and constant bumps, it was not the most pleasant drive. But, we made it to the track with plenty of daylight left to unload. After unloading, we headed to Church Brew Works, a restaurant and brewery inside an old church, located in downtown Pittsburgh. The food and beer hit the spot, and we went back to the hotel at a decent hour as the weekend was just getting started.

Saturday saw the traditional practice, qualifying, race format. I was one of five competing in GTS2, but hadn’t been able to get time off of work to get practice time on the track on Friday. So, our morning practice was all I had to learn the track. I’m not the quickest to learn a new track, but picked it up well enough. Pitt Race is very challenging but very rewarding and fun once you learn it. There are countless blind turns and a lot of elevation change to deal with. Practice and qualifying went well, with my focus set to “learn and be clean.”

Unfortunately, Saturday’s race saw a competitor and friend, Scott, get taken out on the first lap. We all took the green flag, and a few turns in, a Corvette ahead of the GTS2 pack spun on turn-in. Scott and Matt, another GTS2 racer, both attempted to avoid the Corvette, but it was a very unpredictable situation, and Scott ended up tagging the Corvette in the left rear. Both Scott and the Corvette driver went off-track and we ended up with a full-course shutdown while emergency personnel attended to the situation.

Scott was able to walk away, but we heard the other driver needed more attention. The race was ended after that one lap due to the Advanced Life Support (ALS) ambulance working on the other driver. If the ALS ambulance is occupied, we cannot have cars on track. The Mid-Atlantic region always has two ALS ambulances on site, to ensure these delays don’t happen. It was a bummer to lose the track time, but ultimately, a fellow driver’s health and safety matter most.

Sunday’s format was a bit different from usual, with a points race in the morning and a fun race in the afternoon. I elected to stick around for both races as I’d paid for the seat time and was enjoying the track quite a bit. My results didn’t set the world on fire, but I kept my nose clean and focused on learning more and more. Ultimately, I did shave about 6 seconds off of my lap times, and ended the weekend knowing exactly where I could have saved even more time with a bit more practice and confidence. A few more seconds dropped would have had me mixing it up with a lot of folks, which is always the goal. Regardless, I finished fourth for both races that counted for points, and third for our fun race. Not bad at all.

I’d absolutely go back to Pitt Race with NASA Great Lakes, and many of us from Mid-Atlantic are clamoring to do another event like this next season. So, here’s hoping. My goal since buying this BMW has been to try a new racetrack every year, and Pitt Race did not disappoint! We’ll see where 2019 takes both me and the car in that regard. 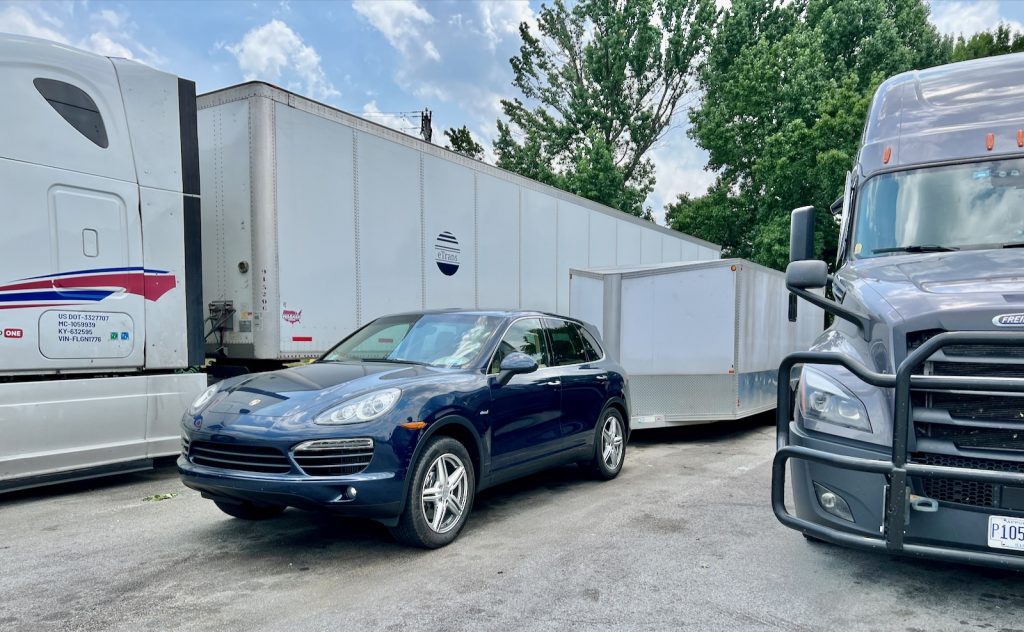