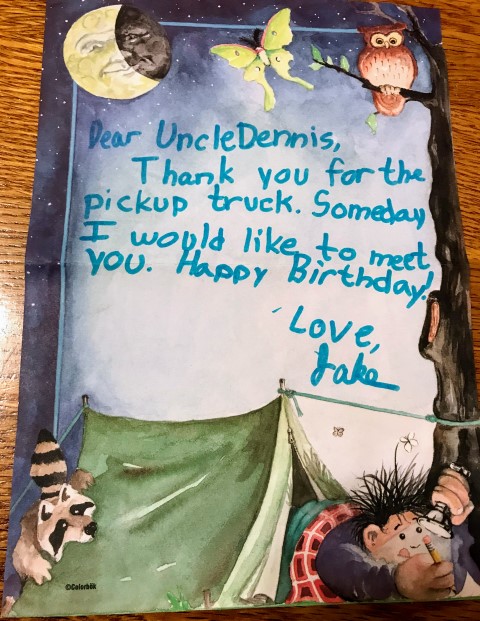 “Dear Uncle Dennis, Thank you for the pickup truck. Someday I would like to meet you. Happy birthday! Love, Jake”

My mom found that note at random a few weeks ago, among piles and piles of saved paperwork in my uncle Dennis’ storage unit on Friday Harbor, Washington. I wrote it when I was six years old in response to some sort of model truck he sent me as a gift. Unfortunately, in the 22 years that passed since, I never got to meet my uncle. In early February, we found out he had passed away from COPD at the age of 61.

Although my uncle and my mom were very close through their twenties, he slowly pulled away as the years went by. He moved from Oregon to Friday Harbor, Washington, a small island of roughly 2,000 inhabitants, and ran his own masonry business on the island for nearly 30 years. Even though communication had ceased, we sent him packages and gifts, called regularly, and mailed our annual Christmas letter in the hopes that he would at least keep my parents and I in his thoughts.

As we started establishing a plan for visiting the island and putting Dennis to rest, my mom was able to get in touch with several key members of the small Friday Harbor community. She worked extensively with Ashley at the local family resource center, who was Dennis’ case worker as his health took a downturn and he required more frequent assistance. She spoke to Bill, who had been the island’s sheriff for 24 years and knew Dennis well. She spoke to people at the newspaper, the funeral home, the pizza place, the coffee shop, the party store, and so on. We soon learned of a common theme — Dennis was a bit gruff, but endearing, and people on the island both liked him and the work he did.

My uncle Dennis Crawford was cremated, and my family flew to Friday Harbor a few weeks ago to settle his affairs and host a memorial service. While we knew he didn’t have many material possessions, we knew some tools and stone work of his were in a storage unit, alongside the papers and mementos he’d amassed over the years. We also knew that he had a pickup truck that was his pride and joy. As my mom was the only surviving relative, the task of deciding what to do with everything fell to her. She asked me about the truck, and pretty soon, we had a plan.

We’d decided to fly to the island, sort through Dennis’ belongings, host the memorial, and head home after a whirlwind of a week. But what to do with the truck? Well, I’d never had a reason to drive cross-country before. Suddenly, I had one. Ashley told us the storage unit had a few pieces of Dennis’ stone work, so we figured they could be transported home in the truck instead of paying for costly (and potentially, damaging) shipping.

Mom and Dad flew to Friday Harbor on a Saturday, and I followed on Tuesday morning. My travels there were a scene reminiscent of Planes, Trains & Automobiles, starting with Mildred, my Uber driver, picking me up in a BMW X3 with countless dashboard warning lights and clunking suspension. Thankfully, the short trip to DCA was fast and flawless. After two flights, I touched down at SeaTac International and hopped aboard a diesel, high-roof Ford Transit van to catch a ride to Boeing Field. The drive was short, and from there, I boarded a small “Caravan” prop plane for the 45-minute flight to Friday Harbor.

The Kenmore Air pilots were young but flew the plane well. I was not a huge fan of the constant motion and turbulence, which is much more apparent in a smaller aircraft compared to the typical Airbus or Boeing. My hair touched the ceiling of the plane, which should give an idea of how cramped it was inside. I was relieved when we touched down and I saw my parents’ smiling faces next to the runway.

I had a brief moment to acquaint myself with my chariot to the East Coast, which I’d only seen in a few photos prior to arriving. Dennis’ 2003 Ford Ranger was dirty, stunk of cigarette smoke, and had nearly 211k miles on the odometer — but it started on the first try and ran well on the brief drive to the hotel. After dropping my bags and changing clothes, we joined Bill, the retired sheriff, for an hour or so on the water.

Bill is the proud owner of a wooden, 1940s-era fishing boat (powered by a 1960s-era Volvo engine with no oil filter, I learned) and was all too hospitable to this family he’d never met. He met us around 5:30 PM and took us out to Parks Bay to spread Dennis’ ashes. Dennis loved the island, the beach, and the water, and we felt he’d be most “at home” in such an environment. It was an incredibly special opportunity, made possible by a kind man who’d never met us before that week.

Wednesday was a work day, as we cleaned out Dennis’ storage unit. The Ranger was put into service as a hauler, taking four loads of tools, clothing, and knicknacks to Community Treasures, the island’s consignment and recycling center. Mom and Dad were left with a few boxes of paperwork to go through after my departure, and we identified the stone work that I would bring home. In total, my parents spent three days working at the storage facility.

Thursday saw the three of us head to the Grange for Dennis’ memorial. Mom had shipped some framed photos and decorations to the local party store, and owner Katie helped coordinate setup for the service. We were not sure who would show up, but were met with a fantastic group of about 30 people who either were friends with Dennis, worked with him, or helped him out in some way. Mom, Dad and I took turns speaking – with Mom sharing some great stories about their past – and ended the service with a slideshow of Dennis’ life set to music, that I had assembled prior to the trip. Every attendee had something to share with us about their relationship with Dennis, and it was so nice to hear those stories.

After the service, a few members of the American Legion who knew Dennis paid tribute with a cannon salute over the harbor. It was a touching, memorable day that allowed us to really see the community that had been such a big part of his life for 30 years. And, the community got to finally meet us after hearing bits and pieces that he had shared. Although I never got to meet my uncle, it was readily apparent that he’d been a real member of the community and not “just some guy” who lived on the island.

Finally, we met Skip and Mildred, who own Cattle Point Rock & Topsoil. They knew Dennis and worked with him to sell large stone sculptures intended for gardens and general outdoor placement. Once learning about my road trip, they asked us to come back to their property and pick out any piece to take home. Dad and I followed them back, and selected a nice, large piece that could serve as a bird bath in my parents’ garden. The heavy stone was placed directly over the rear axle of the two-wheel-drive Ranger, “just in case.”

After several days of hard work, emotional (but positive) connections with countless people, and delicious meals, it was time for me to head home. With the “SuperCab” backseat of the Ranger stuffed to the gills, I added my overnight bag to the pile on Friday morning and drove to the Friday Harbor Ferry at 7 AM.

Mom wrote a poem that we incorporated into the memorial program, and before continuing on to the next part of this journey, I wanted to share it here. 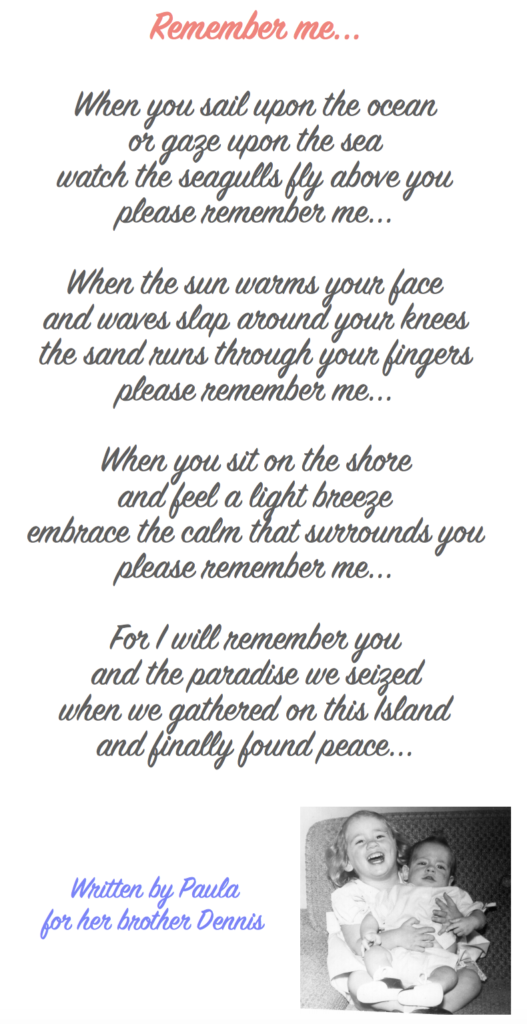 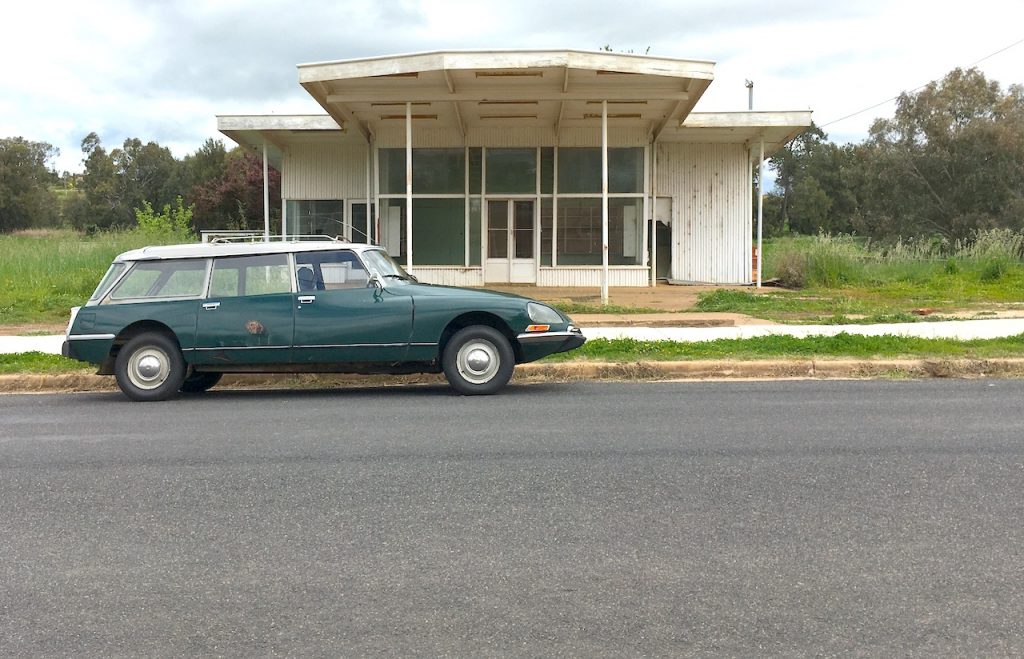 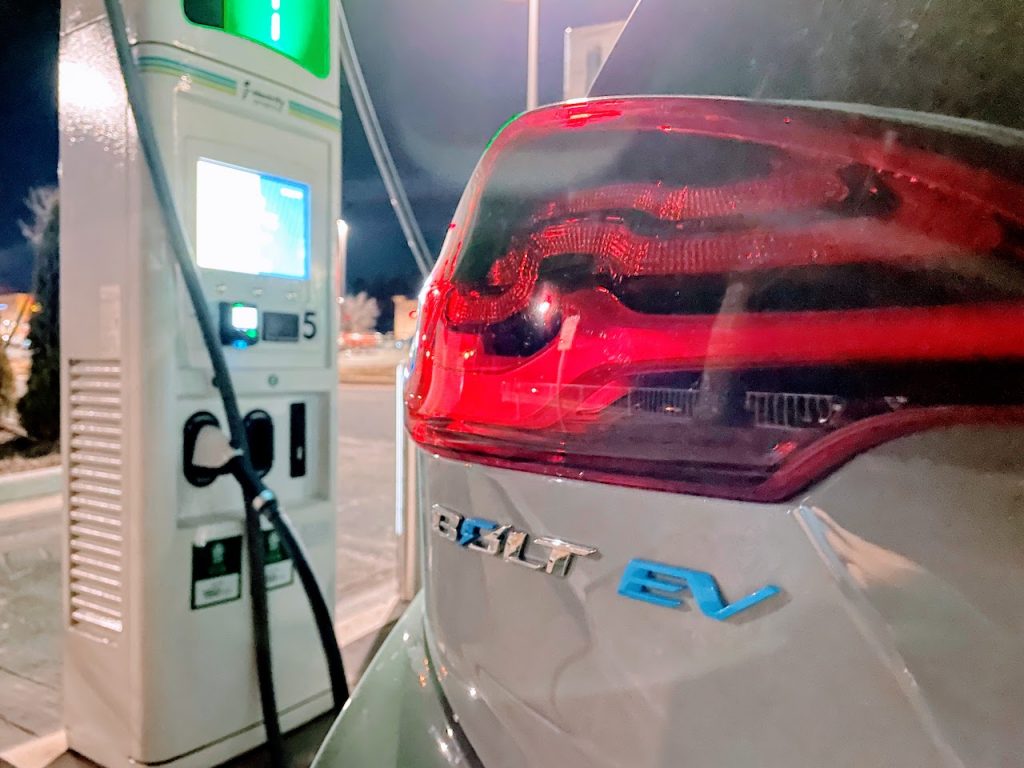 1 thought on “The Ranger Road Trip, Part 1: Getting There”