Apparently, as part of some SMAD class at JMU my sophomore year, I had a WordPress blog. I forgot about it until this morning, when WordPress emailed me, requesting I change my account password to something stronger.

The blog contents are mostly nothing too special, but I did find this gem, recounting my first-ever time at a Real Live Racetrack in November 2008.

Five of us left JMU at 11, with Goodspeed’s GPS set to “no highway” mode and him in the lead. Turns out that really did mean NO highway-like driving. We went 100% cross-country to Summit Point, which was a very pretty drive. However, it did turn our 1.5 hour drive into about 2.5 hours.

We turned back on to 11 at one point, and I looked and went, and this white Miata screams up behind me with people waving at us. Turns out it was Shea and his girlfriend on their way to Summit. Kinda funny there.

Rex ended up asking us to work a bit – so we did, holding yellow flags at the grid in case someone stalled or otherwise failed at driving away from the line. It was a great vantage point to watch the start of the races, and we all got some good pix. Then… ride-along time! 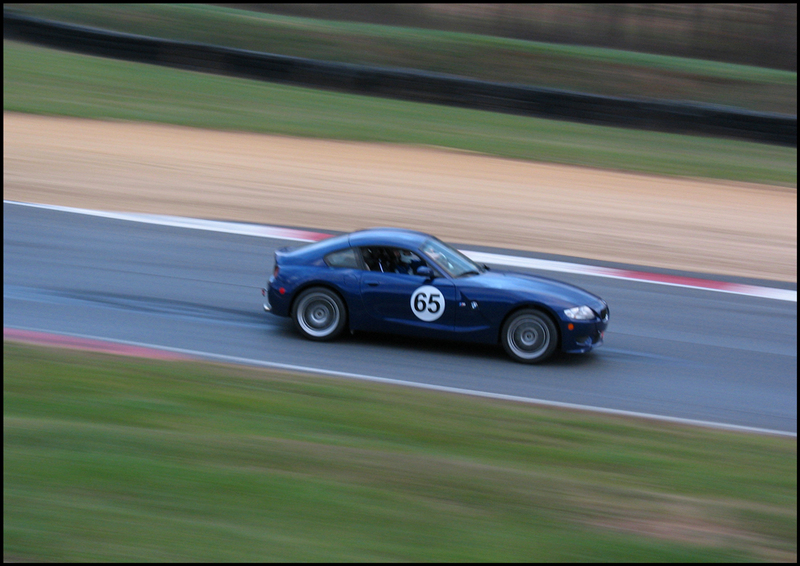 I ended up in a bright blue BMW Z4M coupe, driven by some older guy. He was nice and said that his son graduated from JMU in 1990. We were the second car out after the pace car and I had a blast. At one point, we took a nice sweeping curve and he had to slow down a little bit for control. As we exited, he leaned over and said “that was 90!” It sure didn’t feel that fast. We got to 130-135ish on the big straight, which DID feel that fast with the wind rushing all over and the engine racing in fourth. The brakes were phenomenal, easily biting hard when he wanted them. At no point did I feel unsafe, which was a testament to both NASA rules and training, and his driving skills.

Cabell was in a 911 Turbo convertible, Karen got a Mustang Cobra (SN95 style, old skool), and Hyatt was in an E30 M3 coupe. So, we all had some sweet and fast rides. We each got out with a huge grin plastered across our faces. The stories and “did you see” and “how about this” moments came spewing out of our mouths like word vomit. It was sooooo good.

Who else remembers their first time riding shotgun on track?