NASA Mid-Atlantic wrapped up the 2017 season last weekend at VIR, with their annual “Oktoberfast” event – always a favorite. Three of us piled into my newly-acquired 2010 Range Rover, hooked the trailer to the hitch, and set off south down I-95 on Friday afternoon.

Oktoberfast is a unique event in that we run two normal points races, as well as a “fun race” on Sunday that is class-less aside from the large Thunder or Lightning designation. After setting a new personal best in qualifying Saturday morning, with a 2:12.2, I gridded up for the first points race.

My start was great, settling in behind Chris in an attempt to hold 3rd place away from Mark, Matt, and Vinh (a visitor from NASA Northeast). Vinh flew past Mark, Matt and I which left the three of us battling for 4th place. Both of them snuck past me in succession as I blew a turn. Unfortunately, two Mustangs suffered mechanical failures and a friend in his ST3 BMW lost brakes, hitting the tires at Turn 1 – all within the same lap or two. The field was put under full-course caution and I hoped to use the single-file restart to get back ahead of Mark and Matt. There was not enough time for cleanup and a restart, though, so we took the checkered flag under caution and I finished 6th.

The second points race started off similarly, but Mark and Matt got ahead early and traffic kept us apart. However, I held off Vinh for the entirety of the race and was feeling good. We took the white flag and I vowed to keep focus for the final lap. This resulted in my losing focus at Turn 10, taking it a hair too wide, and having to drive straight down the hill toward Oak Tree in the dirt.

Amid some smoke from a rear shock failure thanks to 90+ mph off-roading, I realized that fluids were still where they belonged, Vinh was still behind me, and I should press on – so I did. Our photographer (Chris, from Finish Line Productions) grabbed a killer photo of me bouncing off the inside curb of Oak Tree as I put the hammer back down. 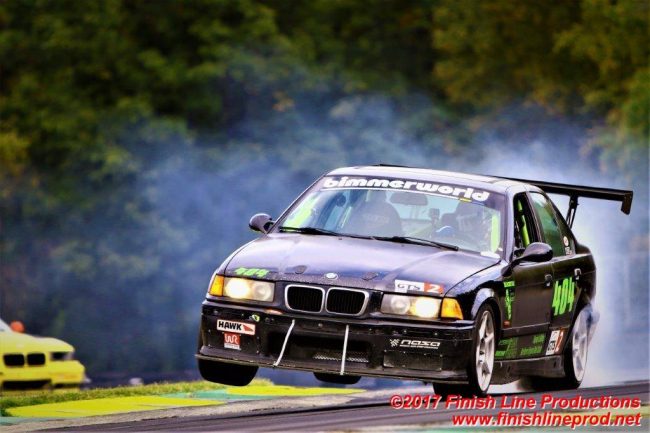 Losing the left rear shock proved to be a downfall through the rollercoaster and I could not maintain sufficient speed. Vinh caught up, and passed me mere feet before the checkered flag. A disappointment, yes, but the second of two well-fought races.

Due to the blown shock, I couldn’t compete in the fun race on Sunday. Ah well, next year.

Oktoberfast was also the first NASA weekend my boyfriend could attend. He isn’t a “car guy” per se, but finds the whole amateur racing hobby fascinating and wanted to get a glimpse of my world. We talked ahead of time about how things would go and the rides he could take if he wanted. Chris Cobetto, the NASA Mid-Atlantic director, spent a bit of time with the two of us on Friday night and was very excited to not only discuss some driving basics but also offer a ride in his Spec E30 if there was time.

Our chief pace car drive, Aaron, took him on a couple of pace laps on Saturday morning to show the layout of the track at a “reasonable” speed. I then took him out in my friend Matt’s car for a pace lap so he could experience my driving at a mild pace. He liked the pace laps and agreed to riding shotgun in a HPDE 4 session in my racecar.

So, at 2:00, I got him all strapped in and stuck the earpiece of a borrowed Chatterbox (thanks, Jim) in each of our helmets. We talked throughout our time on grid and I promised to talk about what I was going to do before doing it once we took the green.

I slowly ramped up the speed and by the second green lap we were moving at a decent pace. I got permission on the third lap to give it the beans through the flat and uphill esses, jumping the curbs in pursuit of more speed. We pulled in after another lap, with the AIM reading “2:20” on the dashboard and Jonathan talking about everything that was equal parts fun and very different from street driving. Definitely a great “first ride” and I suspect he’ll be up for more hot laps in the future.

I never really thought I’d go to Competition School when I started doing HPDE in a borrowed white Miata, seven years ago today (convenient timing, Facebook Memories). I still didn’t think I’d go when I was solidly invested in Time Trial. And somehow I ended up going because “it was time” and “I was ready” and “you’ll have so much fun” and everything else my friends told me. 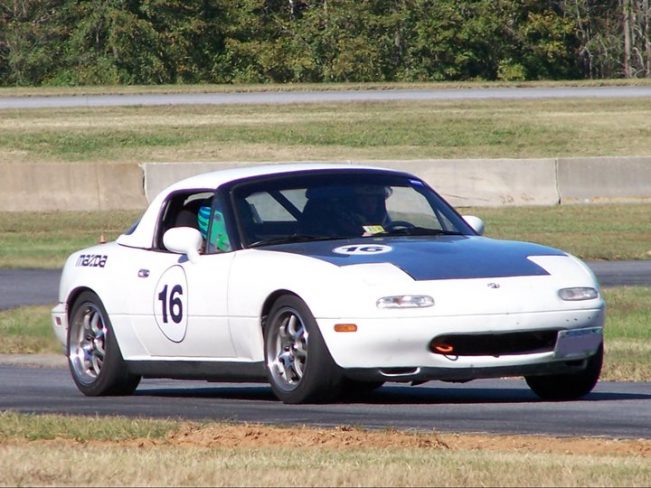 And they were so right.

My goal for the 2017 season was “don’t be last.” I achieved that goal, for the most part, with some pretty solid finishes. I learned so much about racecraft and judgement calls, drove faster and more consistently than I ever had, and embraced and enjoyed the legitimate, honest, close competition that is wheel-to-wheel with the Mid-Atlantic GTS2 guys. The fact that the front-runners want to review my data, watch my video, and offer tips on how to get faster speaks volumes.

We are absolutely “friends between every checkered and green.” 2018 will only see more speed and more success, and I cannot wait to get back out there next year with the same crowd – perhaps with a few new and returning faces.

Special thank-yous are in order for a few people:

It’s been an incredible year. 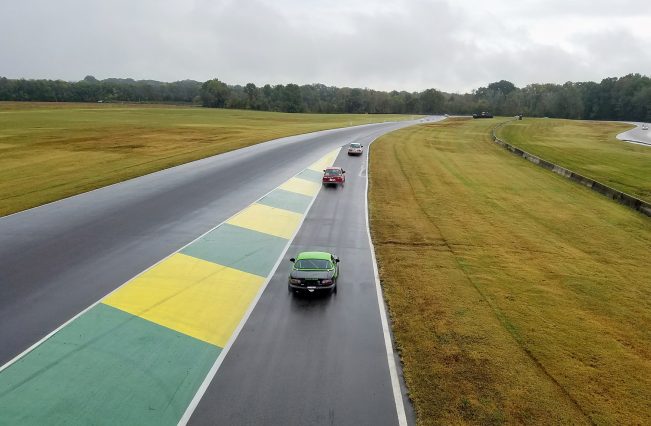 The regular season is over, but the M3 is not done with 2017 just yet! I’m heading to Sebring International Raceway next Tuesday for NASA’s East Coast Championships. Excited to battle it out with some great drivers from countless other regions on a historic track!

4 thoughts on “Oktoberfast at VIR and 2017 Review”