Towards the end of the last autocross event my friend Alex mentioned to me that he had the itch to try out a RWD car on-course. Alex is a Volkswagen guy having had his share of GTI’s, and currently owning a Scirocco and Golf R. He’s been autocrossing a bit longer than I have, but never in something powered by the rear wheels. It didn’t take much convincing on either of our parts when we decided to swap cars for an event. So this time at Bader Field, Alex would be driving my red E36 while I drive his blue Golf R, in the most German tribute to the 4th of July Bader Field has probably ever seen.

Alex’s car has a suspension worth more than my entire E36, so I was in for a treat. To be specific it has Ohlins Coilovers, AWE Exhaust/Intake, and 8.5” wide wheels with a fresh set of re71r’s for rubber. It has torque for days and more grip than I knew what to do with. 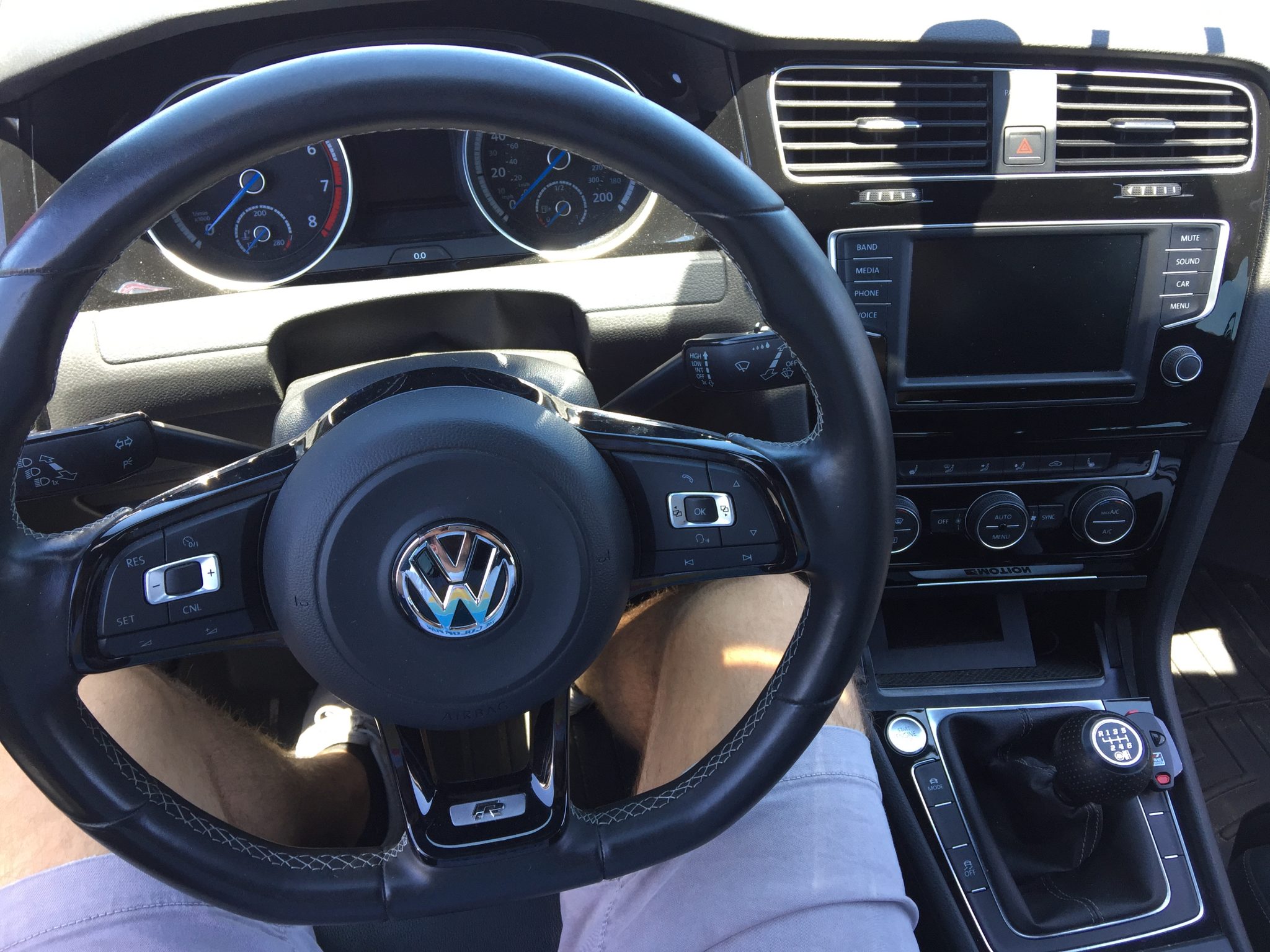 We gridded up right behind one another so it was easy to track each other’s progress all day. Alex ran first and put down a 58.5s time in my car. I followed suite with a 57.1s in the Golf R. Generally, I run a second or two faster than Alex when Im driving my own car. Today’s course was all about power and grip though, so the Golf had the advantage this time. 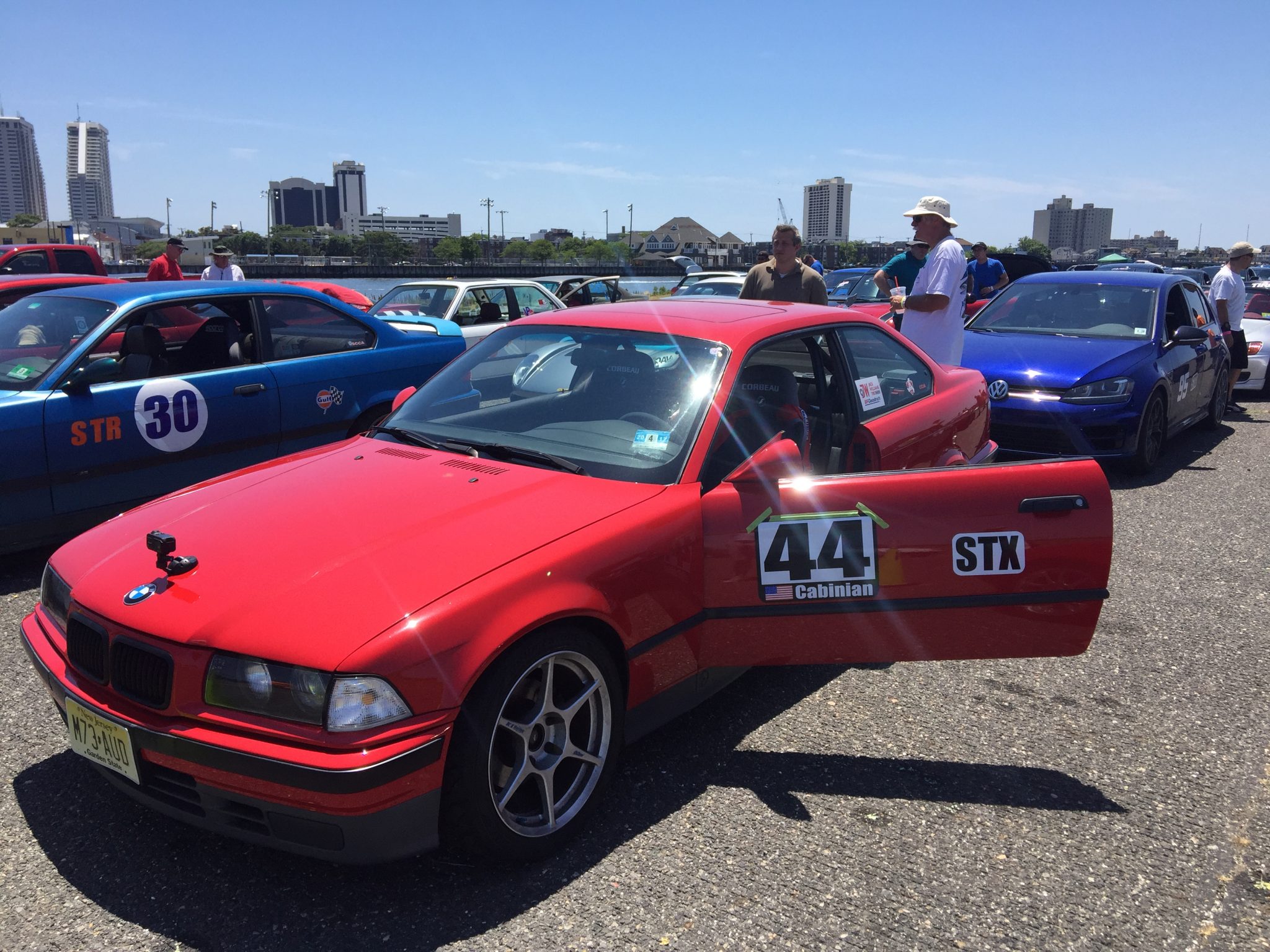 We each dropped exactly 1 second for our 2nd runs and hovered there for a while in the afternoon. We both learned each others cars very quickly and were able to push them to their limits with ease. I think that’s as much of a testament to our suspension tuning as it is to how how quickly two “seasoned” drivers can adapt to new cars. It was the first time we both had driven a car far different than what we were used to, and I think we surprised ourselves with how quickly we actually did adapt.

The end of the day was arriving and we were making very little progress with our times. It was a hot day at ~ 90 degrees. We all thought that we had a long enough break between each run for the tires to cool down properly, but that wasn’t the case. I was working the front end of the VW pretty hard, and the front tires were well beyond their optimum temperature for grip. We sourced a sprayer from somebody else in grid and soaked all 4 corners down twice. It quickly evaporated in time for our last run. I put down a 55.5s, besting my previous run by over 1 second. Spraying tires shaved off an immediate and effortless 1 second. Note to self for next event: Remember to pack your own sprayer!

Alex finished the day off in my car with a 56.2s. He elected to not spray the tires on the E36 since it slides around a bit more after they get too hot. It may not be the fastest way around, but its surely the most fun. And it definitely gave Alex that RWD experience he was looking to get.

In the end we both had a blast as always. Our two cars are two completely different animals, but the one thing they have in common is being easy to drive. The BMW is very forgiving and makes anybody look good who drives it. The Golf R is even more forgiving with gobs more torque. Having the safety net of AWD made me push harder in places where the E36 would be scrapping for grip at the rear. It blasted out of slow sections in the most quiet and subtle fashion. The Ohlins dampers gave it unbelievable composure in the high-speed slalom sections as well. The Golf was spaceship-like in the the way it delivered power and carved its way around the course. Alex enjoyed pushing the E36 hard, and ended the day contemplating an E36 project of his own. I think we can both agree that today made us strongly consider jumping ship! 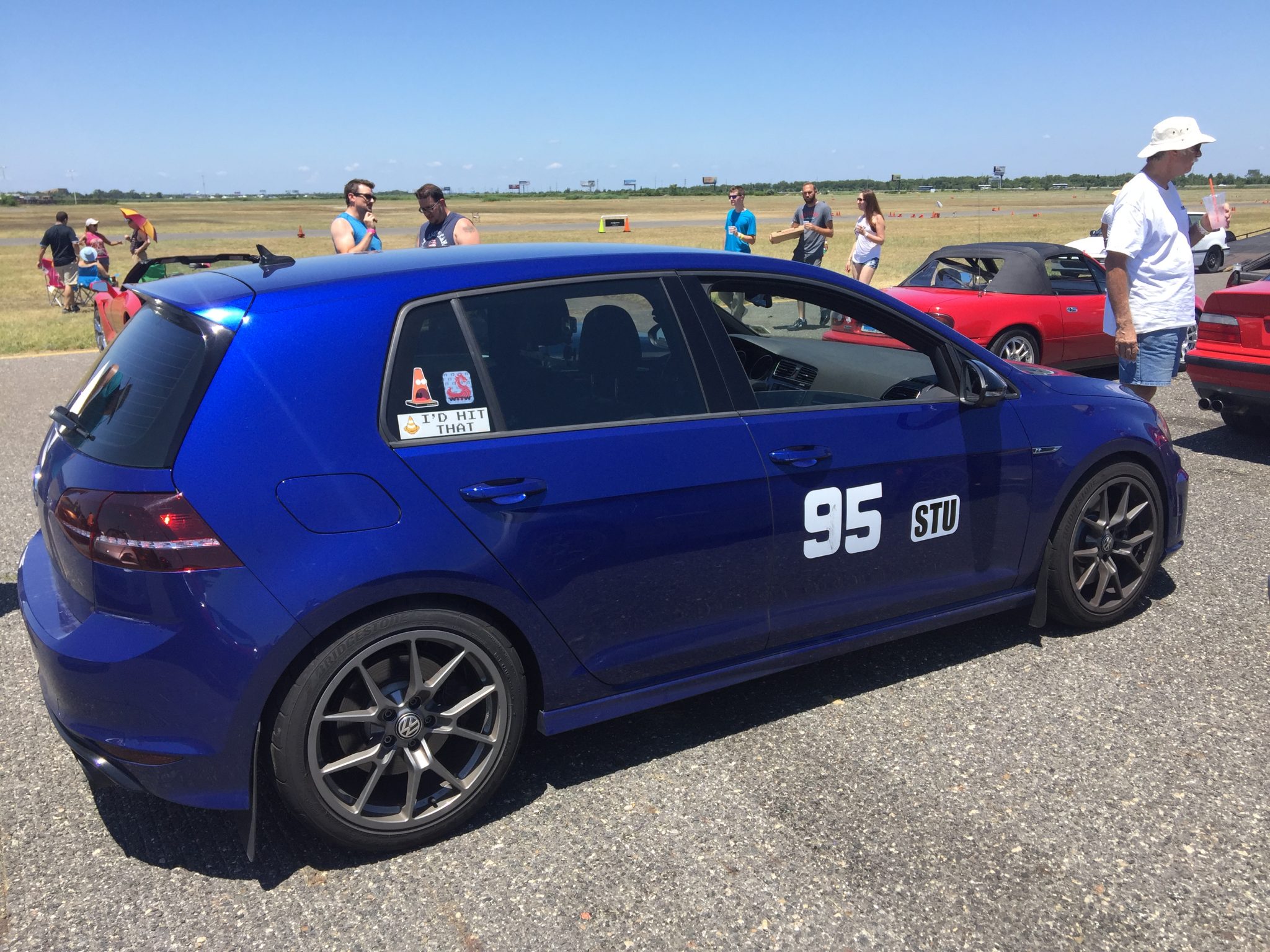