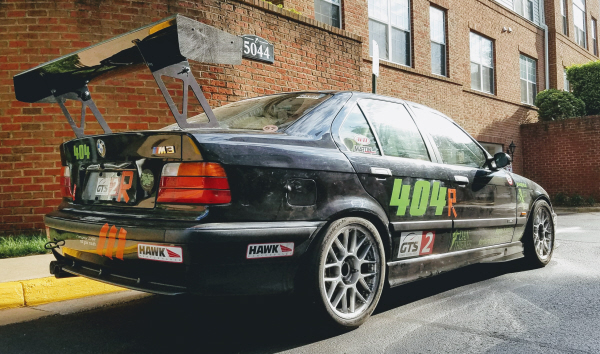 Jake purchased his 1997 BMW M3 on Labor Day weekend in 2013. At the time, it was a stock street car, used as college transportation for a recent Wake Forest graduate. He drove it home, ran it in NASA’s Time Trial group for two end-of-year events, then immediately set to pulling the car apart and actually “building it” to be competitive in TTD.

The car has evolved slightly over the years, and earned a few bumps and scrapes along the way. Its Cosmos Black paintjob is a bit worse for wear (just ignore the hood and driver’s door that Jake painted in his backyard one Thanksgiving morning) but the chassis is strong and competitive.

After three years of competition in NASA’s Time Trial (TTD), Jake earned his wheel-to-wheel competition license in March 2017 and has been racing #404 in NASA’s German Touring Series (GTS2) ever since. 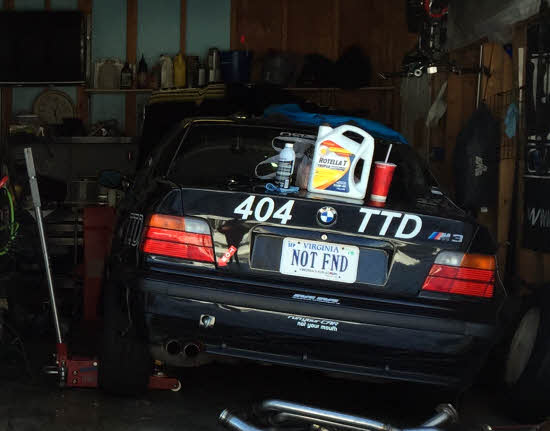