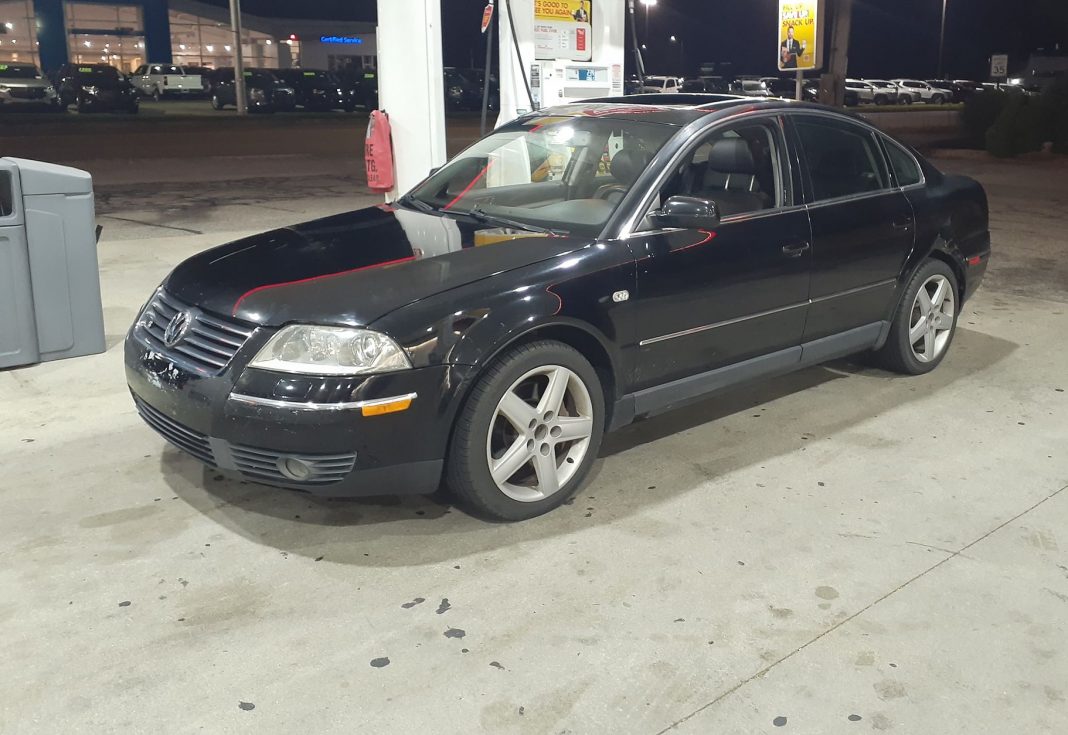 Through my wacky motoring adventures, one of the biggest questions I get asked is how I find all these awesome cars and motorcycles for such deceptively low prices? Indeed, I’ve on more than one occasion found Volkswagen TDIs for under a thousand dollars, a pretty minty Audi TT for just a lick over a grand, and even a top trim Ford Ranger for less than the price of a good set of tires. There’s even a $900 Harley-Davidson in there somewhere. So, what’s my secret?

My day job largely consists of sitting at a computer all day with lots of downtime. This allows me to keep a window open to Facebook Marketplace and Craigslist at all times – so I can snipe up great deals before most others. This is only a little nugget to my madness as most of the vehicles that will show up will usually be outside of my arbitrary price limit. The magic happens when I begin my search.

My search query often begins with something simple, like “TDI” or “4Motion”. Marketplace and Craigslist respond by showing me fairly priced candidates within my chosen range (up to 250 miles). Ah, but I’m not looking for merely fairly priced vehicles. I’m looking to scratch the bottom of the barrel for hidden gems. I adjust my search parameters to a scary low price range.

This method of vehicle buying is kinda exciting. At the very bottom you’ll find lots of cars with three tires in the junkyard and motorcycles that will never be road legal again. You’ll likely see common, repeated issues with high-mileage neglected examples of the vehicles you love. In the case of VWs, I saw an endless sea of mid 2000s VAG with dead automatic transmissions, no brakes, and broken timing belts.

In between dead transmission after dead transmission, you may find a car or bike described as “dead,” even if the problem is far less serious. When I bought my Mk1 Audi TT Quattro, the seller listed the car as “ran when parked and not starting,” thus requiring a tow. Well, if the car ran when parked and it’s only been parked for a few months, chances are the reason the car is “dead” is just a bad starter. And since my TT is manual, a bump start is all the car needs to run down the road. I arrived at the seller’s house, negotiated a very low price, then as he expected me to call for a tow I popped the clutch out of his driveway and drove away. Indeed, he believed this car to be dead, only worth parts because of a dead starter.

In another instance, I found a rust-free Volkswagen Passat TDI Wagon, with the awesome BHW engine! This particular seller felt the car had a dead high pressure fuel pump. He claimed the Passat went into limp mode above 2,000 RPM, and the dealership replaced everything but the fuel pump. It drove just good enough to be a daily for me, so I took the chance and bought it. When I got home, the problem became pretty obvious. A rubber charge pipe connected to the intercooler was sliced open and prevented the car from getting anything resembling boost. The pipe looked like it had been involved in a slasher film.

Indeed, while the car had a new turbo, new N75, and new vacuum pipes, nobody bothered to check the charge pipe. A friend fitted a new charge pipe and the immediate effect was essentially a brand new car. I regretfully sold this car during the spring for a Mercedes-Benz W123 hero car that I ultimately hated. But like lightning in a bottle I found another equally absurdly cheap BHW. This one black with GTI wheels and an even better body than my last BHW!

I actively hunt for cars like these. I love cars that have issues that seem huge and terminal, but are 30 minutes and $30 from being brought back to roadworthy. Motorcycles are even easier. One of my favorite motorcycle buys was a Genuine Stella that hasn’t run in 5 years. It only needed a carb clean and a new battery.

If I’m looking for a Gambler 500 car I may accept more serious issues. That’s usually because a Gambler car doesn’t stay in my fleet for too long. Granted, finding vehicles like this is not easy. When you scrape the bottom of the barrel, most vehicles are going to be as crappy as their price would suggest. You need to have an eye for vehicles that are definitely not dead, but owned by someone who doesn’t know what they’re doing. Or maybe you’ll even find an owner that just wants the vehicle gone. You can find them for these prices, but they tend to go fast when you do.

Not All That Glitters is Gold – Some Misses

Now, not every vehicle is a winner. Every once in a while I make a bet on a vehicle and it turns out to be a loser. One of these vehicles was a 90s Suzuki GS1100G. This was a bike that offered GSX-R power in a standard frame. Indeed, it too needed just a carb clean to get going. However, after its revival it blew fifth gear and needed a new transmission.

A couple years ago I also had a thing for Chinese scooters. While they were easy and fun to revive, they always found fun other ways to leave me stranded someplace. One of my more interesting Gambler car buys was a Ford Festiva I pulled out of a field, ignored ALL THE RUST, then removed its doors, windows, and backseat. Ultimately, rust won the battle with that car as the fuel tank was more of a colander and the rear subframe appeared to have been holding on with hopes and dreams. In my girlfriend’s attempt to replicate my success she’s brought home a Nissan Maxima. That poor Nissan was so broken it shouldn’t have even survived the three-hour drive home. In fact, it was so broken that every wheel was missing nuts and it tried to kill me on the drive home.

There’s one more car that’s a testament to my car-finding abilities. I recently brought home a Volkswagen Passat W8 4Motion with a manual transmission from Michigan for $800. If you don’t know what a Passat W8 is, take a listen to this soundtrack:

Amusingly enough, I brought it home thinking I’d make it into a Gambler car. But I quickly learned that I stumbled upon something really special. It won’t be killed. In fact, I’m going to restore it! It will need a new sunroof and a coil pack. Fixing this car will be a part of a build series I’m launching. A hero car like this needs to be restored and brought back from the brink!