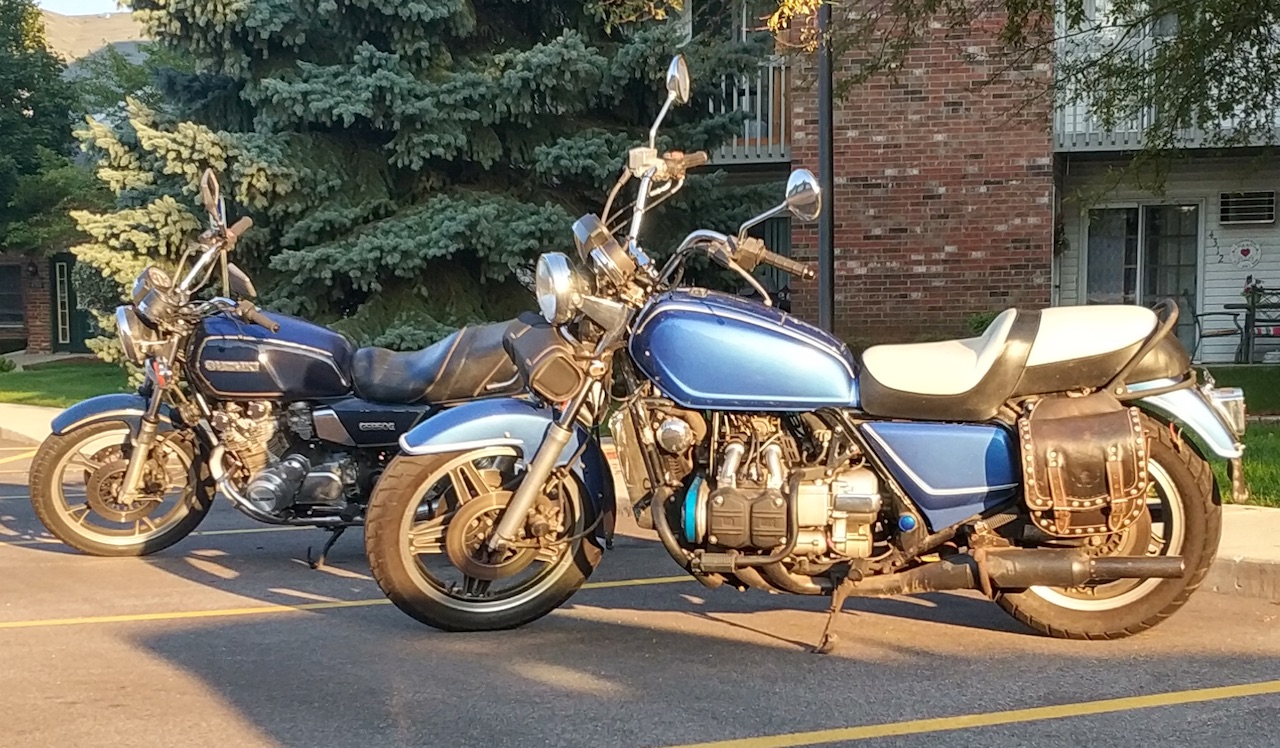 Motorsports are a fantastic and exciting way to spend time, have fun, and connect people together. There are so many ways of getting into it and it’s not just limited to cars. Hello everyone, I’m Mercedes! I’m a silly lady with a love for cars, an even bigger passion for motorcycles, and I’m here to hopefully bring content for two-wheel lovers to crave!

I’ve long been a tinkerer throughout my life. If an object interests me, I must take it apart and see how it works. As a child I spent perhaps too much time taking apart electronic toys and rebuilding them. A lot of this revolved around vehicles, and by seven years old, I had something like a few hundred Matchbox cars.

Before long I also had my first ever motor vehicle: a two seat off-road go kart. That little kart accelerated my interest in vehicles from just having models to actual physical involvement. Through the years I would try to set the best lap times on made up tracks using anything with wheels. Actually, if it had wheels and some sort of engine, I wanted it! My little go kart and I often sped through the woods, catching air and passing kids riding far more capable machines.

Over time, I started wanting to figure out how I could improve the designs of the various objects around me. I figured out how to make my go kart faster, and with the addition of an electric moped, I would cement a hidden desire that would take me over a decade later to finally fulfill.

Going into adulthood, I strayed away from tinkering with machines to tinkering with computers. Straight out of high school I could rebuild a smartphone out of a pile of parts. This is the direction I ultimately took my collecting as well. Before long I had myself a display case of smartphones I thought were interesting. I then got into a career with IT. In all honesty, much of this was to keep me distracted with the deep and dark personal issues with my life. Some of the mechanical wrenching returned when I leased my dream car (a smart fortwo) at 19, but it was still largely a distraction.

After a decade of figuring myself out, I came out as Transgender. I closed one huge chapter on my life and began writing another. It took a few years, but by 2018, and four years into medical transition, I found myself the happiest I’ve ever been. I saw it as the perfect time to finally get back into the things I really wanted to do as a kid and teen: tinker with machines!

Back then I started with what I already had, further working on my little smart fortwo and ultimately picking up a few more of them. I decided to push the envelope of what most thought were possible with these cars. The little blue one in the centre of this photo is like my pickup truck. It hauls trailers and goes places no city car should go.

One thing I wanted to do not long after I had that electric moped was swing a leg over a motorcycle. On Labor Day weekend of 2018 I did just that and I took the Motorcycle Safety Foundation Basic RiderCourse. I expected to have fun and have a new hobby… Instead, I found an activity and a type of vehicle I never knew I could love so much.

Fast forward to today and I’ve already purchased over a dozen motorcycles (sold a few along the way). I basically live, breathe, and almost eat motorcycles. Well… I have considered turning an old carburetor into a drinking cup.

During this time I’ve also had plenty of fun adventures and have more to come!

My first entry into anything motorsport-like was last year’s Illinois Gambler 500. If you’ve never been to one of these events before I highly recommend it. I would describe it as something like a 24 Hours of Lemons race, but with even more wacky vehicles and even more accessible. Buy a janky car from Craigslist, give it a Mad Max theme, then send it flying through the woods! My victim last year was a mostly stock smart fortwo that was surprisingly awesome off-roading. Unfortunately, I wouldn’t say hard off-roading a daily-driven city car is a great long term strategy.

Instead, this Honda Elite Deluxe will carry the torch moving forward:

The off-road build of this scooter and the adventure I’ll take it on will be right here for you to see! In addition to my adventures, I hope to bring some helpful motorcycle wrenching tips and some reviews along the way!